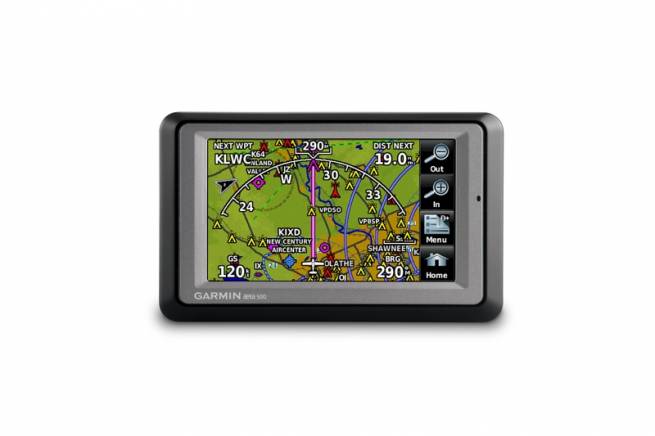 Ever since the dawn of the Computer Age, two engineering factions have regularly engaged in trench warfare. One group believes that hardware-centric devices are inherently more stable solutions for an engineering problem, while the other group—the software-centric crowd— believes that its approach offers greater flexibility for less money.

Garmin, arguably the best-known purveyor of aviation GPS devices, thinks that in the case of passive ADS-B devices, both approaches should be offered to the marketplace to allow the customer to choose which is best.

Enter the GDL 39 Portable ADS-B Datalink—and its handmaidens, the Aera series of portable GPS receivers and the Garmin Pilot™ software application for iPads and Android devices.

Before taking a look at Garmin's offerings, a quick review of the FAA's ADS-B system is in order.

After a successful demonstration of the underlying technology in Alaska during the Capstone Program, the FAA decided that Automatic Dependent Surveillance–Broadcast (ADS-B) was the best way to track aircraft for the Next Generation Air Transportation System it was proposing to Congress.

Using GPS satellites to precisely determine the position of all aircraft in three-dimensional space, controllers and pilots alike would be able to "see" every airplane from the time it started its takeoff roll until it was safely parked on a ramp or at a gate.

Radar, the primary way to promote IFR aircraft separation since the infamous 1956 Grand Canyon midair collision, would be relegated to secondary status and pilots would be able to see an integrated traffic display in their cockpits showing ADS-B traffic as well as radar depicted traffic.

It would essentially be the same display that controllers use—and an overlay of weather information would be thrown in for good measure, compliments of your tax dollars.

Once fully implemented, everyone operating in busy airspace would no longer be as dependent on the "see and be seen" system of separation that had been the cause of so many collisions and near-collisions ever since the early 20th century birth of powered flight.

The rest of the world (i.e., everywhere but the United States) has one standard for ADS-B, called 1090 ES. The "1090" in the naming convention is the frequency band used by the transponders (1090 MHz) and the "ES" stands for Extended Squitter, a strange-sounding term that simply means the transponder squawk assigned by ATC has some extra bits of code attached to it that tells the controllers an aircraft's GPS derived position and altitude, plus a couple of other things including identification.

If radar coverage is marginal, no matter—as long as the code can be detected by alternate means (remote ADS-B transceivers linked back to an ATC site), no actual radar transmission, reflection and calculation of distance and altitude is needed.

In the United States, 1090 ES is required for aircraft that operate above Flight Level 180 at any time. Below 18,000 feet, a second system called Universal Access Transceiver (UAT), which operates on 978 MHz, is available.

For aircraft that never operate above FL180, only the UAT system is required in the United States. And as a bonus, the UAT system provides both Traffic Information System–Broadcast (TIS-B) and additional information called Flight Information System–Broadcast (FIS-B) to a pilot. The latter is generally weather information but can be pretty much whatever the FAA wants to send to the cockpit. As you would expect from the buzzword-happy FAA, it has an acronym: ADS-B In.

The transmission of an aircraft's position and unique identification information is referred to as ADS-B Out, and by the year 2020, all aircraft will be required to have one of the two ADS-B Out systems: 1090 ES or UAT.

ADS-B In capability—basically the "free" weather and traffic display—is not mandated by law, but is the carrot for the FAA's ADS-B Out stick. ADS-B In only completely works if the aircraft is equipped with ADS-B Out capability—something that will be explored later in this article.

For about $699, a pilot can acquire a Garmin GDL 39 portable ADS-B In receiver to detect both 1090 ES and UAT ADS-B signals.

In keeping with Garmin's decision to offer both software- and hardware-based display solutions for portable ADS-B In systems, you can interface the GDL 39 to Garmin Pilot software using an iPad or Android tablet via Bluetooth technology, or you can go with Garmin's own Aera line of portable GPS devices via hardwire cables.

You can also interface to older Garmin GPSMAP 396/496 portables—albeit without the capacity for FIS-B weather displays. If you choose this route, you also must live with a total of eight traffic targets maximum on the screen at any one time as opposed to a maximum of 30 targets for the current technologies' (that is, the Aera or iPad/Android tablet) display solutions.

The GDL 39 can sit on the aircraft's glareshield and function well in most cases. Since the unit is receiving signals from the ground, it is possible for the aircraft structure to block reception in some directions which is why Garmin offers an external antenna option.

In practice, I did not find it necessary to have the external antenna installed but that's not to say that everyone will have the same result; my tests were conducted east of the Mississippi River where coverage tends to be better than over the western United States.

Garmin cautions that the maximum operating temperature of the GDL 39 unit is 140 degrees F, and that exceeding that temperature can shorten the life of the unit—a word to the wise for the summer months. From a practical standpoint, this would mean locating the unit somewhere out of direct sunlight and using an external antenna located inside the aircraft where it has a clear view of the outside world.

Since the GDL 39 has a built in WAAS-enabled GPS receiver, you can use the device with a tablet and not be concerned that the tablet is using an internal GPS receiver. (Internal GPS receivers are the main complaint about tablets, given they are susceptible to blockage of the GPS signal by aircraft structure.)

The GDL 39 can be powered from the aircraft (12 or 28 volt) and there is an optional battery pack available that will provide up to five hours of operation. It allows one hardware connection and two Bluetooth connections simultaneously. (The pilot and copilot can have their own data feeds, in other words.)

Before I get into the operation of the GDL 39, there is an unfortunate problem you need to know about. It's not a limitation of the Garmin unit but rather is something the FAA has done.

In its desire to force early compliance with the ADS-B Out mandate, the FAA requires that an aircraft wishing to receive TIS-B (Traffic) display must be equipped with an ADS-B Out transmitter.

Practically, this means that while you can receive FIS-B weather information without having ADS-B Out capability, you will not be able to receive full traffic information on a portable ADS-B system unless you are within a few miles of an aircraft that is transmitting ADS-B Out data.

If you are close to such an aircraft, you can, in effect, "poach" their ADS-B Out signal and (for a time) receive full TIS-B displays. If you are not close to an aircraft equipped with ADS-B Out capability, all you will see on the traffic display is passing airliners and other 1090 ES-equipped aircraft that will generally be far above you.

Flying with the GDL 39

My initial test of the GDL 39 began in my lab. (I have an electronics design and testing business.) I have a pretty complete lab in my home, and I set up the GDL 39 for an initial look at the two ADS-B In display approaches: hardware- and software-based.

Interfacing the unit first to an Aera 500 series portable display, I found that I could access an ADS-B station 24 miles away with the unit sitting on top of the test bench near a window facing toward the station. (In fairness, I need to tell you I live on a hill that is about 150 feet above surrounding terrain.)

Within a few minutes NEXRAD weather radar was displayed on the Aera unit as well as some passing airliners using 1090 ES ADS-B Out transmitters. The display was sharp and the Aera-GDL 39 combination linked up quickly.

Enabling the Bluetooth signal, I was able to duplicate the same signal reception on an Android tablet after pairing the unit via Bluetooth connectivity. In both cases, the reception of the FIS-B display was fast and easy, and the fact that the GDL 39 performed so well on the bench is testimony to the sensitivity of the receiver.

After the bench test, I installed the GDL 39 and the Aera unit in my airplane and set off on a trip to the northeastern United States. Later I conducted a test flight to the southeastern U.S. to get another perspective. I took a tablet along to see if there was any difference performance-wise between the two display approaches.

Basically, I found that there was no difference between the qualities of the displays except that the tablet's larger screen was easier to see. Since both display approaches were using signals originating in the GDL 39, this is what I expected to see.

In the Northeast, I was able to poach off nearby UAT-equipped aircraft more often than in the Southeast, probably due to density of traffic and the increased likelihood of the aircraft being equipped with a UAT system just by virtue of greater numbers.

I mostly just observed airliners far above me; not of much use, other than for entertainment. However, during the times I was able to see nearby traffic, the trend vectors showed where the aircraft were going and provided wonderful situational awareness with respect to converging aircraft.

As I climbed higher, the FIS-B weather display went from a local environment to a more regional perspective since I was able to "see" more ADS-B ground stations.

I have used XM WX Satellite Weather for years and truth be told, the quality of the radar displays is better with the XM system. The ADS-B NEXRAD is more "blocky," meaning the resolution is not as good. This is not a failure of the Garmin unit but rather just the way it is with FIS-B weather displays. Still, FIS-B weather provides enough resolution to avoid thunderstorms since you shouldn't use it for close-in avoidance anyway.

The TIS-B capability is pretty worthless unless you have installed an ADS-B Out system—in which case, you are going to most likely install something that gives you ADS-B In capability too. That the FAA would strong-arm pilots this way is most unfortunate in my opinion, but Garmin can't be blamed for that—and when there is ADS-B In traffic display available, it is awesome.

As to whether an Aera portable display is better or worse than an iPad or Android display, I lean to the hardware display solution, but that comes more from my decades of experience as a hardware engineer rather than any known problem with an iPad or Android tablet display. Fortunately, Garmin has you covered either way.

John Loughmiller is a 4,600-hour commercial pilot and CFII MEI-A. He lives in Kentucky with Donna, his wife of 39 years, and often commits random acts of aviation. Send questions or comments to . 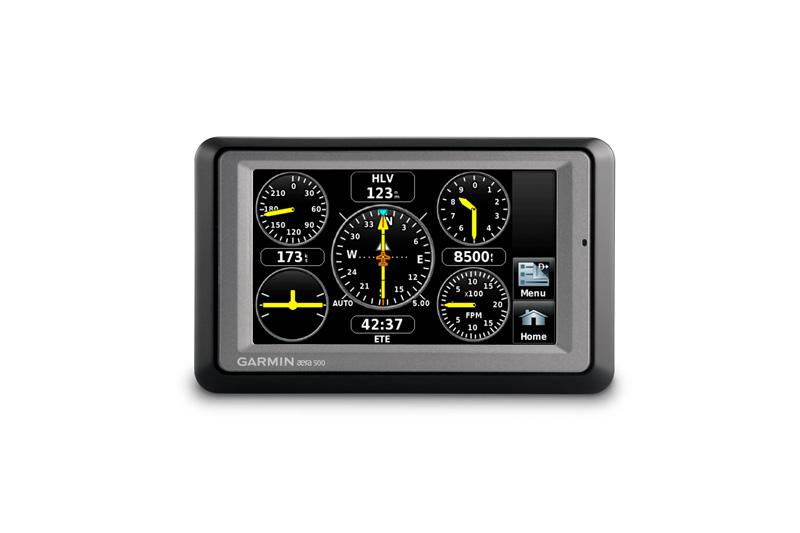 CFA supporters and retailers of the Garmin GDL 39