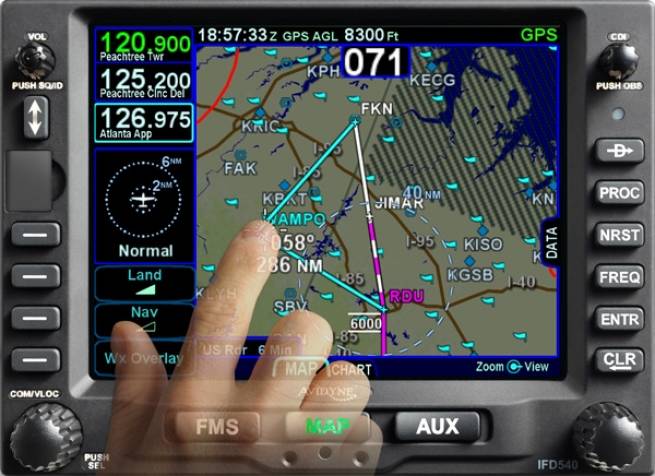 In 1982, journalist Tracy Kidder won a Pulitzer Prize for "The Soul of a New Machine," a book that described the development of a next-generation computer by Data General Corp. and its competitor Digital Equipment Corporation (DEC). For engineers in the story, the time-to-market pressure was constant. As Wikipedia notes, "The 'soul' of the new machine comes from the dedicated engineers who bring it to life with their endless hours of attention and toil. The soul is theirs, stored in silicon and microcode."

Thirty-three years later, a similar narrative is playing out just 30 miles from the site of that original drama. Avidyne Corp. of Lincoln, Mass., has introduced the IFD540, a plug-and-play GPS Nav/Com. Pilots are already embracing this exciting new choice in the avionics market. Avidyne's next product, the IFD440, should be available this spring.

Meet Norris Brown
One pilot who embraced the choice is 69-year-old Norris Brown. Brown has logged 2,200 hours since 1973 and flies a Cessna P210 from his home base in Spokane, Wash. His love of flying began in his childhood on a farm in Boulder, Colo. "A flight of four F-102 Delta Dagger jets went zooming over our fields at low level and I thought, 'That is so cool!'"
Brown wanted to join the Air Force as a pilot, but his eyes weren't perfect. With an industrial engineering degree from Oregon State in hand, he applied to the Navy as an engineer and was accepted.
Brown had been wearing contacts, however—and he worried he might have trouble getting a pilot slot. He put off the military eye inspection while he made a quick trip to his personal doctor. Much to his surprise, according to his doctor the lenses had reshaped his corneas. Brown now had 20/20 vision, so he joined the Air Force, becoming an F-4 Phantom navigator.