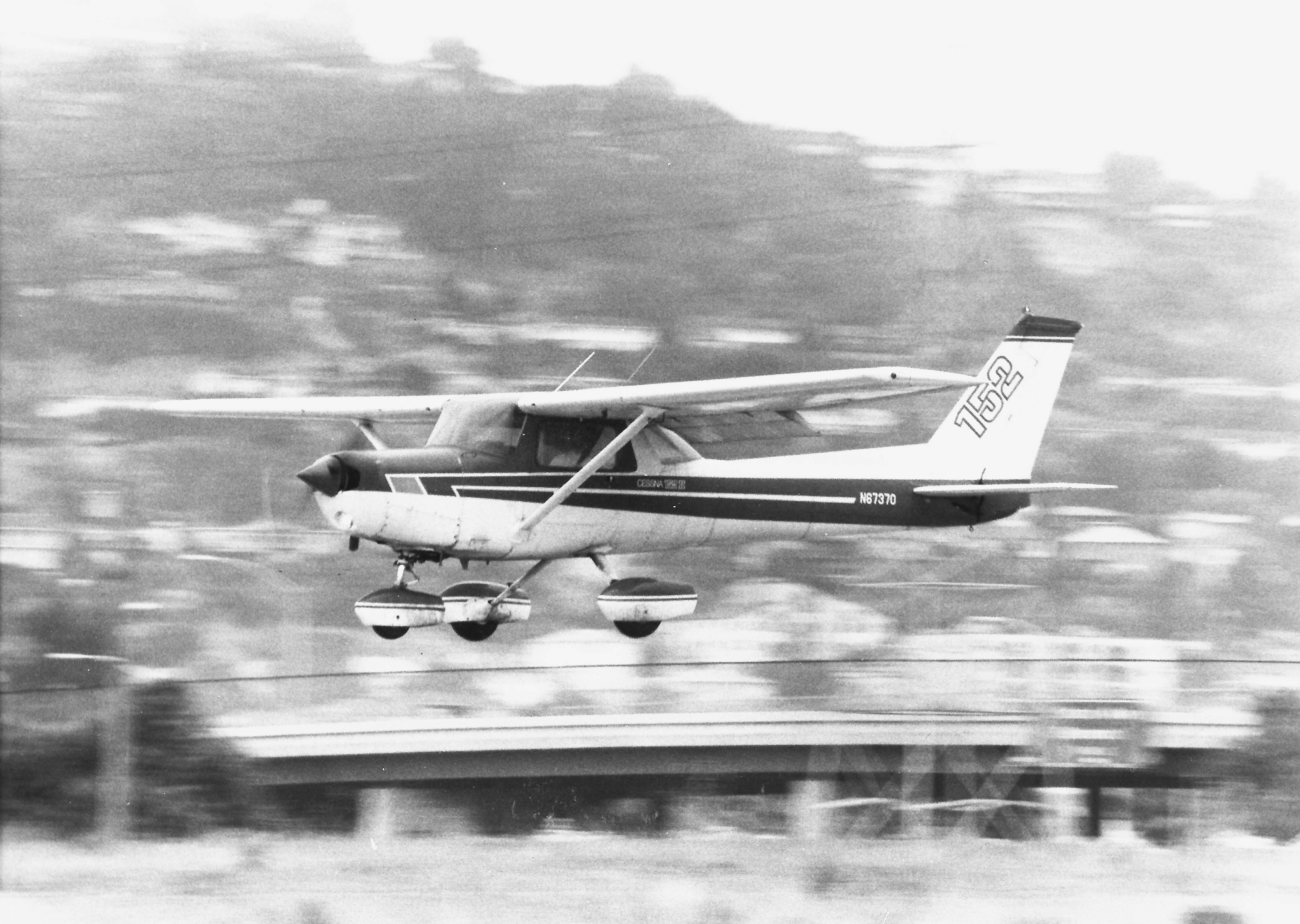 With the demise of the 140 in 1951, Cessna looked to fill the entry-level/trainer void with a more modern airframe. Following on the success of the 172, the company sought to produce an aircraft with tricycle gear and a more modern look. What they came up with was a low-priced, solidly built machine with good, safe handling characteristics.

It was an all-metal two-seater with a side-by-side seating configuration, and it featured Cessna's "Land-o-Matic" landing gear with 40 degree "Para-lift" flaps. It had a fastback, straight-tail configuration and was fitted with a Continental O-200-A 100 hp engine. Type Certificate 3A19 was issued on July 10, 1958.

The base price for the Standard model was $6,995. It was also available in Trainer and Commuter models for $7,940 and $8,545, respectively. The Trainer had dual controls and included turn and bank indicators, among other extras. The Commuter added a vacuum system and attitude and direction indicators.

By the time the "A" model came around, 1,244 150s had been produced. Updated and upgraded models followed at a rather furious rate.

Cessna received certification of its 150A in mid-June of 1960. This model had a 15 percent larger rear window and had its main landing gear moved aft by two inches. Moving the landing gear improved nosewheel steering authority.

Its base price of $7,495 would hold through the B model as well.

The 150B followed almost exactly one year later and came with a new propeller that increased cruise speed by two knots. It also featured contoured wingtips and navigation light fairings.

Just shy of another year later, the 150C was certified—but changes were limited to a revised instrument panel, quick drains in fuel strainers and options for larger tires (6.0 x 6), wheel fairings and wing mounted courtesy lights. Base price of the C model: $7,775.

In 1963 the D model brought a major change to the 150 with the addition of the "Omni-View" rear window. This changed the look of the 150 and added light and some visibility, but came at the cost of three mph in cruise speed. Elevator and rudder mass balances were increased to reduce flutter potential caused by the less aerodynamic rear fuselage.

The E model certified on June 18, 1964 saw only minor changes: a rearview mirror and bucket seats to replace the bench seats.

The certification of the F model on May 27, 1965, however, brought some definitive changes. In keeping with changes made to the 172, the tail fin of the 150 was swept back 35 degrees. The cabin doors were widened by 23 percent, the 6.00 x 6 tires and wheels were made standard equipment, electrically actuated flaps replaced manual flaps, and the baggage compartment was enlarged by 50 percent.

Cessna had a winner on its hand with the 150, but management knew it needed to increase the number of student pilots if General Aviation was to grow (and they needed to sell more airplanes!).

Daryl Murphy, who worked at Cessna Aircraft for many years and was later a contributing editor for Cessna Flyer, noted that Cessna management "committed to manufacture 3,000 units to be built in 1966 and backed it with a massive advertising campaign that featured the $5 Introductory Flight and expanded its distribution network to 1,000 dealers."

Murphy continued, "From 1967 through 1969, another 6,600 trainers were delivered and an assembly operation was established at Strother Field some 50 miles southeast of Wichita." Management exceeded its goal when production of the F model reached 3,087.

With the G model, the generator was replaced by a 60 amp alternator. The doors were bowed out to provide an extra three inches of badly needed space in the cabin.

In the never-ending quest to find more room in the small 150 cabin, the width of the center console was decreased by two inches. An electric flap switch was added that allowed "hands-off" retraction—but not extension—of the flaps.

For 1969 buyers, a key replaced the pull-type start. Some complained that the key start was not as reliable as the old pull start—and it cost quite a bit more to repair.

Both the 150 and A150 received conical cambered wingtips.

The L model was fitted with tubular landing gear which increased the gear track from 6 feet, 6 inches to 7 feet, 7 inches for improved ground handling. A propeller extension moved the prop forward three inches to provide a better center of gravity. A dorsal strake that reached to the rear window was added— apparently more for styling than for aerodynamics—and the empty weight went up 10 pounds.

The 150L had the longest production run of any 150 sub-model, being produced from 1971 through 1974. Perhaps Cessna had tired of the yearly applications to the FAA for certification, but improvements and fine-tuning continued throughout those four years.

The M model was to be the 150's last gasp. Changes were made to improve spin recovery and improve crosswind handling—specifically, a six-inch increase to the vertical fin increased the rudder and fin area by 15 percent. Circuit breakers replaced the old fuses.

As often happens with aircraft models that are produced over a period of years, the various improvements and modifications made to the 150 cost the aircraft a lot of useful load. The very first 150 weighed 962 pounds empty, whereas the last, "M Commuter II," had an empty weight of 1,129 pounds.

During this time, the engine (and thus, the horsepower) of the 150 had remained unchanged—but pilots weren't getting any smaller. By the late 1970s, 80 octane fuel was becoming unavailable and it was clear that changes would need to be made to keep the 150 airframe viable.

The 152/A152 series was produced from 1977 to 1985, when all light aircraft manufacturing was halted by Cessna. In those eight years the model saw incremental improvements and changes: for example, spin-on oil filters were made standard; a split nose cowling was added, allowing the cowling to be removed without removing the propeller; and in 1983 the engine was changed to a 108 hp Lycoming O-235-N2C. In addition to these three improvements, many more changes were made.

The 150/152 and their Aerobat counterparts were wildly popular in their day and continue to find use among pilots and flight instructors who appreciate the sturdy, reliable and economical little plane. And if a couple of knees get knocked or shoulders rubbed along the way, most would say that's a small price to pay. 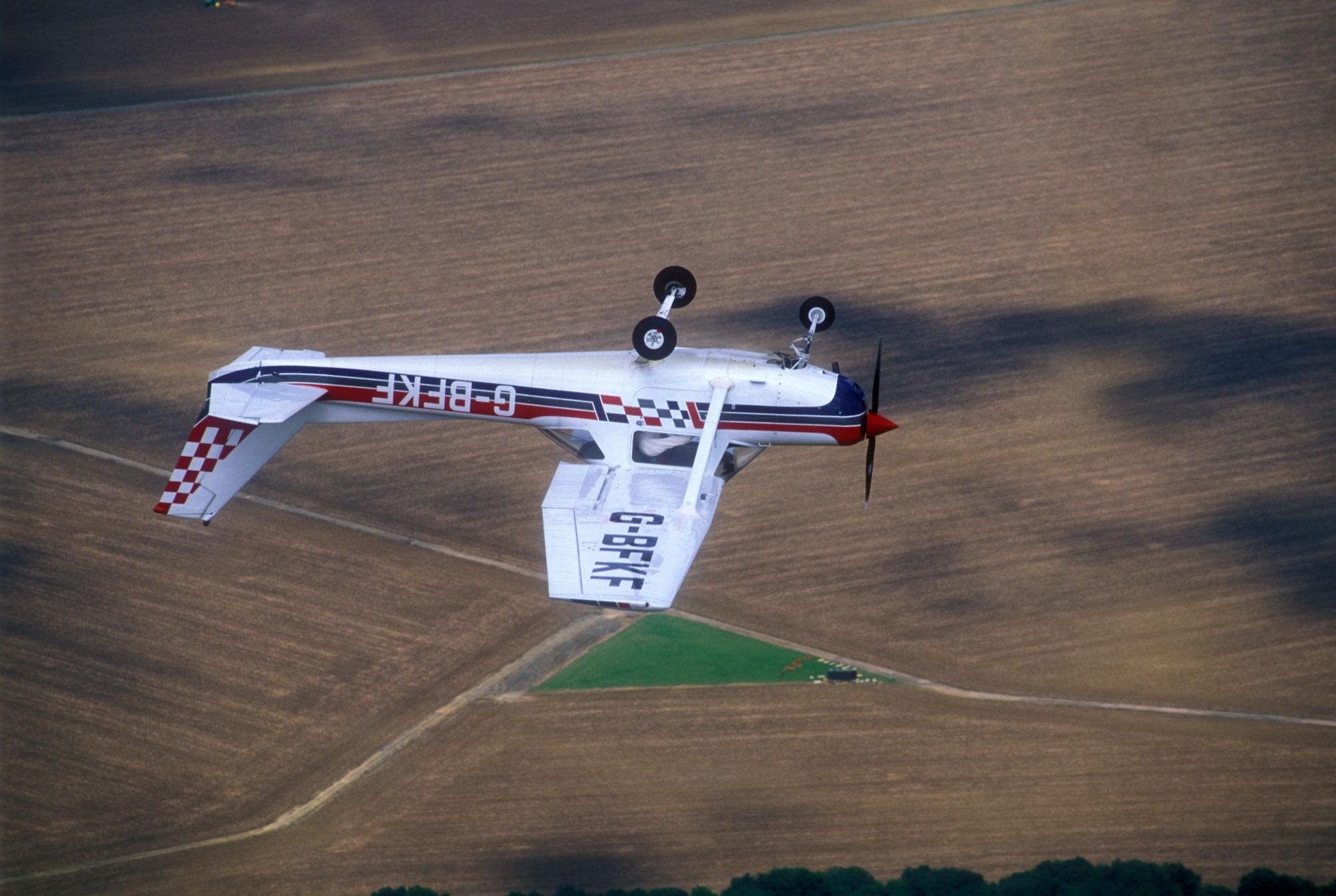