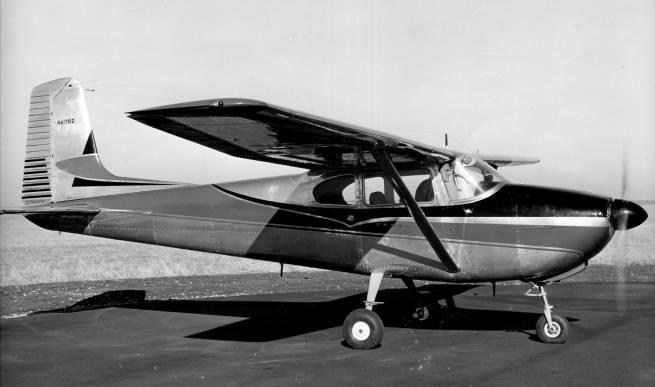 Fast on the heels of the 172, Cessna released its second tricycle gear aircraft: the 182.* Based on the rugged 180, it had the fastback-style straight tail lines of that model, but came with Land-O-Matic landing gear, a redesigned cowling and a 230 hp Continental O-470L engine.

Like its sibling the 172, the 182 was an immediate success. Jim Ellis, in "Buying and Owning your Own Airplane," gives us a hint as to why: "There's nothing too little or too underpowered about the Skylane. This is a big, solid, powerful handful... an honest airplane."

Changes, improvements
The A model saw a gross weight increase from 2,550 to 2,650 pounds and the main landing gear lowered four inches, increasing gear track by 5.4 inches.

In 1958 the Skylane, a deluxe version of the 182, is introduced. The Skylane features an upgraded interior, a full instrument panel and comes with wheel fairings as standard equipment.

With the C model the 182 received its 35-degree swept tail. Put forward by Richard Ten Eyck Associates, Cessna's styling consultant, the swept-tail design provides a Jet Age look for the 182—and improved aerodynamics to boot.

The E model receives the Omni-Vision treatment with windows added to a cut-down rear fuselage. Electric flaps, a redesigned tailcone, and a horizontal stabilizer with conventional trim tab are added. Additional improvements to the interior and operating systems are made as well.

The early E models come with the Continental O-470L and later models with the O-470R engine. Gross weight increases to 2,800 pounds.

The F through R models receive incremental changes including a one-piece rear window for the 182G; horizontal stabilizer and elevator span increase by 10 inches to 11 feet, 8 inches with the H model. A new and longer (by 2.5 inches) vertical stabilizer is debuted with the 182K, which also receives an improved shimmy damper.

Deluxe becomes the standard
In 1976 Cessna drops the basic 182 model in favor of producing only the deluxe Skylanes.

Using hydraulic actuators powered by an electrically-driven pump, the landing gear in the R182 and TR182 offer a 10 to 15 percent improvement in climb and cruise speeds over their fixed-gear siblings.

Just an intermission, after all
Faced with onerous lawsuit settlements and a flagging economy, Cessna ceases production of the 182—and all single-engine aircraft—in 1986. At the time it seemed like the world would never see another single-engine aircraft roll off the Cessna assembly line, but thanks to the General Aviation Revitalization Act of 1994 Cessna resumes production of the 182 in 1997 with the 182S.

The 182S is equipped with a 230 hp Lycoming IO-540-AB1A5 fuel-injected engine, an updated electrical system and new seats, among other improvements. Cessna does not resume production of the RG.

The future
At AirVenture 2012, Cessna announced the newest model of the 182 line: the Cessna 182 JT-A Turbo Skylane. Powered by a 227 shp compression-ignition SR305-230E-C1 diesel engine, the first production example flew on May 21, 2013. The aircraft runs on Jet-A fuel and has a maximum range of 1,360 nm. Cessna Flyer hopes to find out more about this new 182 at AirVenture this year.

It's hard to find detractors for the Cessna 182. It is a plane that has fulfilled its mission profile admirably over more than 50 years.

*Although "Skylane" appears on the TCDS with the very first certification, the Skylane was marketed as a separate version of the 182—with owner's manuals titled "Model 182 and Skylane." The TCDS for the 172, on the other hand, doesn't show the name "Skyhawk" until the B model. 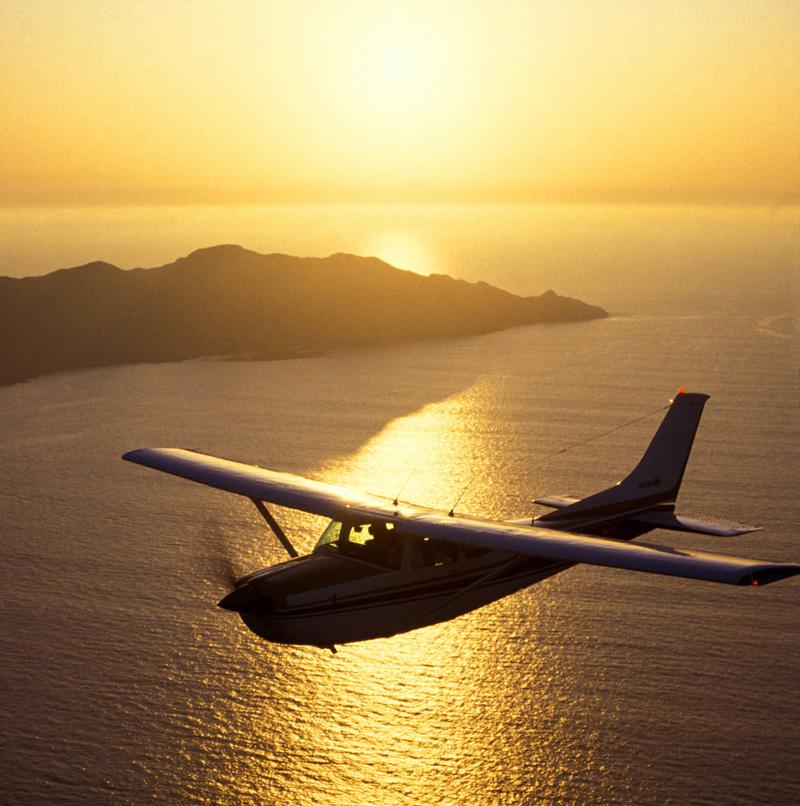