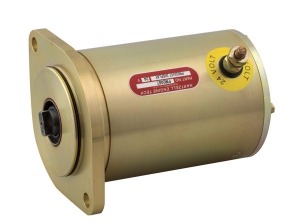 Show of hands if you’ve ever had anyone direct you in how to properly treat your airplane’s starter? Let’s see… one, two, three—you in the blue shirt: really? That’s what I thought.

The truth is, beyond a cursory glance at the POH, very few pilots have ever had, or considered, any formal starter-operations training. From the day you first set your butt in the left seat, it’s pretty much been, “Just turn the key and hold it until the engine starts—or the starter burns up—whichever comes first.”

No wonder so many of us have chronic problems with our starter’s performance and reliability.

So what’s going on here, anyway? To get an answer, I went directly to a source of all things starter-related: Hartzell Engine Technologies (HET), makers of the Hartzell and Sky-Tec brands of aircraft starters.

According to Tim Gauntt, Director, Product Support for Hartzell Engine Technologies, the main cause of most starter problems is most owners don’t really understand their aircraft’s starting system and the stresses the starter experiences when you turn the key.

“One area that the majority of pilots I talk to have little understanding of is the importance of knowing and adhering to the duty cycle that pertains to their aircraft’s starter,” he said. “Knowing and following the duty cycle guidelines will go a long way toward maximizing your starter’s operational life.”

“The starter’s duty cycle determines how well the starter can tolerate repeated starting attempts. Each unsuccessful attempt is meant to be followed by a specified starter cool down interval,” Gauntt explained.

“Not following specified duty cycle procedures will cause the starter to overheat and severely damage the starter’s internal components, leading to premature starter failure.”

Most pilots don’t understand that violating the duty cycle just a couple of times will do irreparable damage to the starter. In extreme cases, it can render the starter inoperable—then you’re stuck. Excessive cranking can also overheat the electrical supply system and cause accelerated wear to the contactor and elevated corrosion rates for connections in the circuit.

The folks at HET feel so strongly about the importance of following proper duty cycle procedures that they produced a short training video on the subject. (See Resources at the end of this article for the link. —Ed.)

Not all duty cycles are the same.

As discussed in the informational video, every type of starter has its own particular duty cycle requirements. And it’s critically important for you to know which starter is in your airplane and how its duty cycle works.

So you don’t have to take notes, here are the duty cycles for the most popular starter types as described in Hartzell’s video.

Typical duty cycle times for HET Sky-Tec starters:
• 10 seconds of engagement followed by 20 seconds of rest for up to six
start attempts;
• After that, allow 30 minutes of
cool down before beginning the next
start sequence.

Typical duty cycle times for HET E-Drive and X-Drive starters:
• 10 seconds of engagement followed by 20 seconds of rest for up to 20
start attempts;
• After that, allow 10 minutes of cool down before beginning the next start sequence.

Typical duty cycle times for HET PM-Series Continental starters:
• 15 seconds of engagement followed by 30 seconds of rest for up to six
start attempts;
• After that, allow 30 minutes of cool down time before beginning the next start sequence.

“Following the duty cycle procedures may add a few minutes to your typical starting sequence, but understanding and following the procedures correctly will help your aircraft’s starter provide you with many years of reliable service,” Gauntt said.

A weak or slow cranking starter is one of the leading causes of people exceeding a starter’s duty cycle. But those symptoms don’t always point directly at a dying starter.

“The starter is actually the last part of a sophisticated, multi-component starting system, and issues with any of the parts—whether environmental, mechanical or operator-induced—will show up as ‘starter problems,’” Gauntt said. “The health of the entire system must be well maintained in order to achieve consistent engine starting performance.”

In addition to individual performance issues with the system’s components, if the engine is improperly adjusted or has a poorly operating fuel system, the engine will also be difficult to start.

Parts of the multi-component starting system include the following items.

Battery: Batteries can vary in size and mounting location, either of which can have an effect on the performance of the starting system.

Electrical connectors: They serve as the termination points for the electrical conductors that interconnect all of the starting system’s various components.

Electrical conductors: Typically these are highly flexible insulated copper or aluminum cables. The length and condition of each has a significant impact on the system’s performance.

Switching devices: Their primary use is to control the flow of electrical power throughout the starting system.

Starter: The starter is the actual unit that converts the electrical power to mechanical energy in the form of torque, which is used to physically rotate the engine to initiate the starting process.

“No matter what the cause or reason, if any of the system’s components are not working properly,” Gauntt said, “the results can run from poor starter performance to outright damage to the starter itself.”

How is all works… and what to do if it doesn’t.

In its simplified form, the starter converts the battery’s electrical power to mechanical energy in the form of torque, which is used to crank the engine.

Cranking requires a significant amount of current (typically ~400 amps in-rush; ~70 amps cranking). Voltage at the battery equals the potential (or “push”) in the system, but if the system has too much resistance along the path, the battery can’t flow enough current to the starter to do its job. That resistance comes in the form of corroded terminals, dirty or worn contactors and old wiring. And, since they suffer from lower potential already, older aircraft with original 12-volt systems are especially prone to problems.

Also, take time to check the other components of the system to ensure good current flow including the aircraft’s switches, relays, and even the aircraft’s key or push-button starter device.

Age-related and moisture-induced corrosion can attack the connecting terminals and erode the internal contacts slowing the flow of power. Even the smallest bit of corrosion on a wire or connection point could be the source of a problem.

Gauntt said that a commonly overlooked point of corrosion is the engine bonding strap. The ground system should be checked for electrical ground integrity using a volt ohmmeter. A maximum of 0.2 ohms of resistance at any bonding/ground connection is the borderline limit.

While you’re under the cowling, check the condition of the electrical conductors and insulation around the wires for chafing damage. Gaps in the insulation will allow moisture to corrode the wiring, increasing its resistance.

A weak battery will make even the cleanest system struggle. Low voltage will require the starter to turn slowly and remain engaged for a longer period of time. Extended engagement periods will lead to heat buildup in the starter motor and reduce its service life.

When it comes to battery troubleshooting, always follow the manufacturer’s guidelines for ongoing inspections, real-charge capacity testing and maintenance—including checking the terminals for corrosion.

Keep in mind that even a well maintained battery will lose a percentage of its charge over time. Corrosion on the battery leads, older batteries, and batteries exposed to extreme temperatures or humidity will see a faster rate of discharge.

A quick word about kickbacks.

The dreaded kickback occurs when, during the starting process, the engine’s crankshaft abruptly changes rotational direction.

Gauntt explained that kickback issues can often be resolved by adjustments to the engine’s ignition and fuel systems or through the pilot’s modification of engine starting techniques. Always follow the engine OEM’s instructions when making changes to the system’s settings or starting procedures.

Show of hands for who would like reliable starting performance in their aircraft? Everyone? That’s what I thought.

Though the functionality of starters hasn’t changed in decades, duty cycle guidelines do vary, and the stresses that a starter experiences during the aircraft startup process are immense.

Know and follow the duty cycle for your starter, keep an eye on the condition of all of the components in the starting system, and you’ll be rewarded with reliability when you turn the key.

Know your FAR/AIM and check with your mechanic before starting any work. Always get instruction and supervision from an A&P prior to attempting maintenance tasks.

Dale Smith has been an aviation journalist for 30 years. He has been a licensed pilot since 1974 and has flown 35 different types of General Aviation, business and World War II vintage aircraft.
Send questions or comments to .