Classic Airframe, Cutting-Edge Powerplant: Upgrade and Overhaul Options for your 206 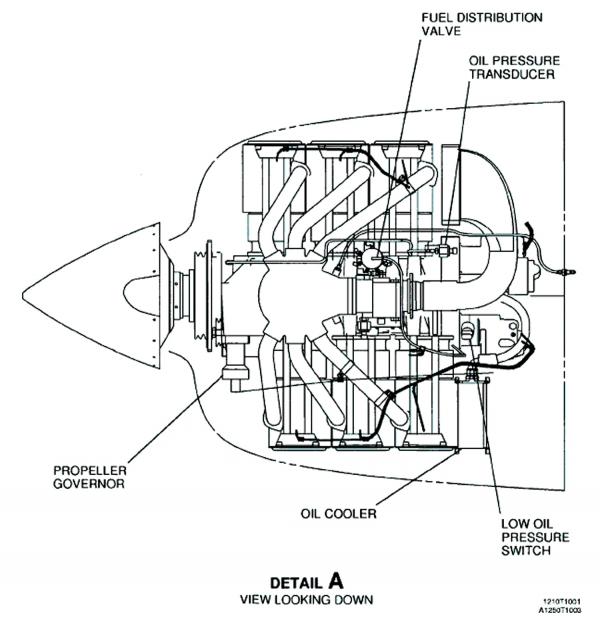 With so many STCs you have many alternatives, and all of them offer technical and operational improvements for your 206.

Cessna marketing renamed the airframe often in the first few years. First the 206 was the Super Skywagon. Within a year or two the turbocharged version was the Turbo-System; the normally aspirated version was the Skywagon for two years before Stationair (station wagon of the air?) became the name for seven years. Then in 1978 it was again rebranded as the Stationair 6 and Turbo Stationair 6 until the last one of slightly more than 7,000 206s had rolled off the line in 1986. Cessna Aircraft currently offers the 310 hp Turbo Stationair.

Prior to the introduction of FAR Part 33, “Airworthiness Standards: Aircraft Engines,” certification standards for piston engines were contained in Civil Air Regulation 13.

Part 33 standards mandated that all piston engines certificated under this newer standard produce the rated power, minus zero, plus five percent. In other words, the new rules required that new engines put out the rated power, no exceptions.

“Continental Motors has increased TBOs up to 400 hours on Gold Standard Factory produced engines. The majority of engine models manufactured after February 2012 will see TBOs increase by 200 hours with frequent flyers receiving up to 400 hours.

“In 2012, Continental Motors introduced its Gold Standard Factory Rebuilt and New Engines. These engines incorporate improvements in technology and manufacturing processes that have allowed us to increase the TBO. The increased TBO is affective on nearly all Continental Motors Factory produced engines beginning in February 2012 as designated by serial number 1006000 and higher. Nearly all models will receive the benefit of a 200 hour increase over the existing TBO. Aircraft owners that fly 40 hour per month will receive up to 400 hours.

“Additional information is available at www.ContinentalMotors.aero/TBOExtension.”

The IO-550 series of Continental engines meet the new Part 33 power standard due to a number of factors. The first is slightly more displacement by increasing the stroke by ¼ inches to 4.25 inches. Only 550-G and later engines have crossflow (CF) heads and a balanced flow induction system. The IO-550-F does not utilize the crossflow cylinder heads; the IO-550-N does. The advantage of the CF design is better economy.

In a crossflow head, induction air and fuel enter the combustion chamber from one side of the head: the top, in the case of the 550 series of engines.

Separating the inlet air from the heat of the exhaust system also greatly lessens preheating of the inlet air before it enters the combustion chamber, thereby maintaining air charge density.

The balanced flow induction system incorporates individual intake air tubes that lessen the possibility of unmatched airflows into adjacent cylinders. Non-balanced flow engines have two common induction tubes or logs: one below the left and one below the right row of cylinders. Induction air from the log is pulled into the cylinders one at a time; these intermittent
“gulps” of air from the common airflow affects the airflow into each of the other cylinders common to the log. The result is uneven air quantities delivered into each cylinder in the row.

The uneven airflow in the common log induction system can be compensated for by adjusting the flow rate (tuning) of each fuel injection nozzle. More even airflows equal more uniform power pulses from all cylinders and a smoother engine.

Instead of just replacing the existing engine, 206 operators now have several options to upgrade to more powerful engine and better engine designs. The following are companies that provide these options.

John Ackerman at Atlantic Aero told me that the company holds two re-engine STCs for the 206. The older of these approves the installation of a 300 hp IO-550-F in all 206s beginning at serial number 657 (beginning of 1967).

The newer STC approves the installation of the IO-550-N engine. This “N” engine is the latest IO-550 iteration (permold case), is rated at 310 hp and features a crossflow head configuration.

The 550-F upgrade, being a sandcast engine, is straightforward. The 550-N upgrade kit—Atlantic calls it the 550TI for tuned induction—also includes two additional improvements that are required to install the permold case “N” engine in airframes with the existing sandcast mount system. The conversion also includes a brand-new Hartzell 82-inch Super Scimitar propeller.

Both kits give you a new induction system to include alternate air along with new engine controls, a fuel flow/manifold pressure gauge and a new tach.

Another Atlantic Aero innovation is the Smooth Ride engine mounting system. The Smooth Ride system is available on both upgrades and adds two additional engine mount pads and vibration absorbers adjacent to the existing forward two mounts. This greatly reduces the amount of engine vibration felt in the cabin and stops the need to periodically replace engine vibration absorbers due to engine sagging (commonplace with the original mounting system). The installation of a set of STC’d mount legs is required on the IO-550-N upgrade to adapt the permold case to the Smooth Ride system.

Today’s price for the kit is $66,844. According to Ackerman, installation man-hours average about 125 for the engine and an additional 25 to fit the new mounts in the airframe for the Smooth Ride system.

Davis holds an STC to replace the IO-520-A or -F engine in all serial number 206s with the 300 hp IO-550-F engine. In addition, it offers a separate STC for  replacement of the turbocharged TSIO-520 engines in turbo model 206 airframes with the normally aspirated IO-550-F model (deturbo modification).

Davis also holds STCs for prop-only upgrades for both Hartzell and McCauley props. As Donna Jones explained it, “This mod is an option that lets owners replace the older threaded hub props with a new prop that fits both the 520 and 550. You can upgrade your prop first, then use the same prop with a low pitch blade angle change at a later time.”

The IO-550 STC installation allows a way for owners of pre-1978 (serial number 4075 and below) 206s to install an extended hub propeller without modifying the existing cowling. This upgrade moves the empty weight center of gravity (EWCG) forward about 1 ½ inches. Cessna made the extended hub prop standard beginning in 1978.

Davis Aviation purchased the STCs developed and held by Bonaire at the end of 1998.

Jones added that Davis has a worldwide network of distributors and have upgraded many aircraft in foreign countries. Most of the Davis STCs are approved in Brazil and the European Aviation Safety Agency (EASA) countries.

RAM aircraft is known for quality engine overhauls of Continental big bore 520 series engines. RAM’s overhauls are among the most thorough and best overhauls in the industry.

Bob Collum at RAM said that the company usually keeps 25 engines in stock that can be built up to ship within three days. In addition to high-quality overhaul skills, RAM also stands behind each engine with one of the best warranties in the business.

Jack Johnson of Texas Skyways has been modifying and upgrading Cessnas for decades. The Texas Skyways upgrades are STC’d for installation on all 206 models up through the U206G models (through 1986 production). Buyers can choose from the IO-520-F (300 hp for five minutes; 285 continuous) or the IO-550-F (300 hp continuous) engines.

Both of these engines use the sandcast case and therefore no changes are required to the mounts, baffles, or wiring; this keeps costs low and makes it easy to swap out with the original engine.

The price for a factory rebuilt engine and the STC is $44,472; the prop and spinner add $11,461. These are exchange prices with Texas Skyways. Upgrades/installations can be done at the Texas Skyways factory in Boerne, Texas for $3,500 over a two-week period.

Johnson says, “When we’re done, it looks like a new airplane firewall forward.” The Texas Skyways upgrade can also be done at a local maintenance facility after purchase of the STC and kit.

Larry Vitatoe obtained an STC to install a turbo-normalized IO-550 in the P210. Vitatoe also did the work to obtain a STC to remove the original 520 cylinders and install a set of crossflow cylinders and the crossflow induction system on IO-520 engines, and to install CF cylinders on IO-550 engines.

These mods provide a step up in engine efficiency and are quick and easy to accomplish. Prices for the CF mods to both the 520 and 550 series engines start at $33,000.

Vitatoe also has STCs for the installation of improved Hartzell and McCauley propellers.

Increasing numbers of these normally aspirated engine upgrade kits are being installed on turbocharged versions of the 206. The turbocharger and related systems are removed and replaced with a new exhaust system. Modifications made to the cowling and cowl flaps complete the change.

Secondly, the IO-550 engines do not have a five-minute max power restriction like the 520 series engines and since the power numbers are true in accordance with the requirement of FAR 33, the owners I know who have elected to ditch the turbo system and upgrade to the IO-550 have not been disappointed.

The costs of any upgrade should be considered whenever it’s time to overhaul or replace an existing engine. Upcharges are likely when exchanging a 520 for a 550 series engine. There may also be upcharges if the exchange engine is an older-style light case and/or the crankshaft is a non-VAR crank. (“VAR” is short for vacuum arc remelting, a secondary melting process used in high value applications to improve the quality of the metal. —Ed.)

All of the upgrades listed above will provide both technical and operational improvements for your 206. Powerplant upgrade options range from a straight engine upgrade to the 550, on to the Vitatoe crossflow cylinder swap on an existing 520 or 550 series engine, and finishing up through the 310 hp Atlantic Aero IO-550-N.

Each of these companies offers its own package of benefits to buyers. And there’s no need to go to one shop for the engine and then on to another one for the prop, etc.—all of these shops can put together and install the upgrades as a complete package.

Be sure to ask about core charges, upgrade charges, freight costs, kit contents and propeller options when putting together your ultimate 206 upgrade package.

Steve Ells has been an A&P/IA for 39 years and is a commercial pilot with instrument and multi-engine ratings. Ells also loves utility and bush-style airplanes and operations. He’s a former tech rep and editor for Cessna Pilots Association and served as associate editor for AOPA Pilot until 2008. Ells is the owner of Ells Aviation (EllsAviation.com) and lives in Paso Robles, Calif. with his wife Audrey. Send questions and comments to .