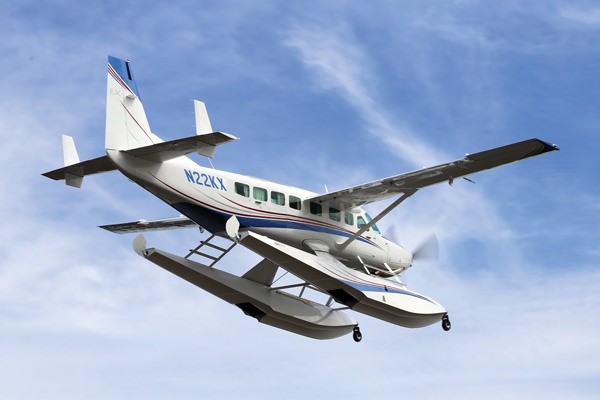 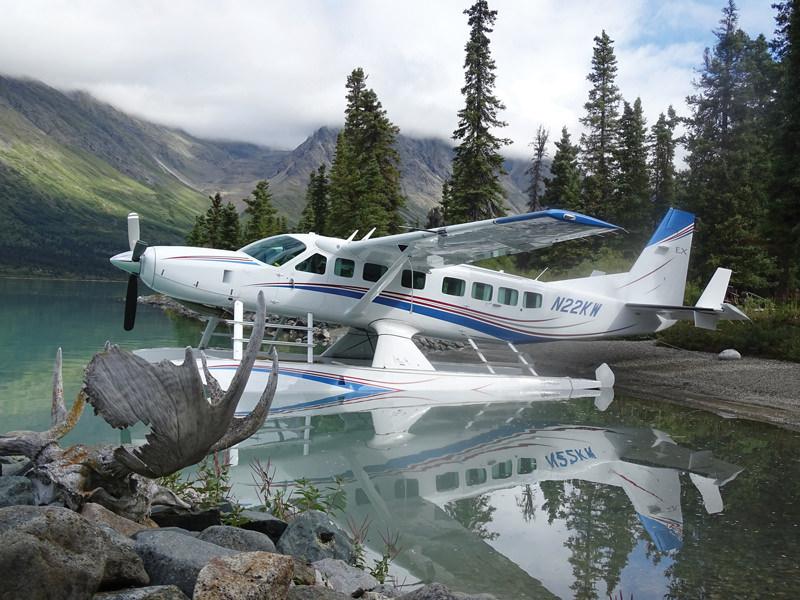 Kent Williams lives the good life—all across North America—with his family and his Cessna 208B EX.

Kent Williams is living the good life. After founding Montana Silversmiths—a hugely successful western belt buckle manufacturing company—and spending years developing it into “The Brand of Champions,” Williams put away his business-ownership reins in favor of a control yoke.

Williams never did get too far away from the aviation trail, though. Growing up in Montana, he has many childhood memories that involve flying, and learned to fly himself in 1965 in Billings, Mont.

Williams and his wife Pam oversee a large working ranch in the Stillwater River Valley near Columbus, Mont. Columbus is where the Stillwater River flows northeast to meet the Yellowstone River; here and all over southern Montana gravel beds, grassy spots and backcountry camping are abundant.

Preservation work all around North America

Williams strictly flies for pleasure; he does not do any commercial work with his plane. He especially enjoys using his aircraft to camp, fish and look at big game and other wildlife from above.

“Whales can be difficult to see from land,” he explained, “but you can see lots of whales from the air.”

“I’ve donated [these types of] sightseeing flights as raffle prizes for fundraisers,” he explained. Donors to an organization called Eco-Alianza Loreto are the primary recipients.

Eco-Alianza has been working on preservation, advocacy and business development in the Baja California region of Mexico for almost a decade.

Ecological preservation is of particular concern to Williams. Bahia de Loreto and the entire Baja California Sur area on the western side of the Gulf of California is home to lots of dolphins, whales, pelicans and several sensitive marine species.

In addition to his charity work and the preservation projects he supports in both Baja and the Stillwater River Valley of Montana, Williams has taken on another project: working with a group of pilots to establish an airport authority in Columbus, Mont. (6S3).

He also likes to attend area fly-ins in support of General Aviation and recreational flight. Williams is a member of AOPA, various seaplane associations and the Recreational Aviation Foundation (RAF). 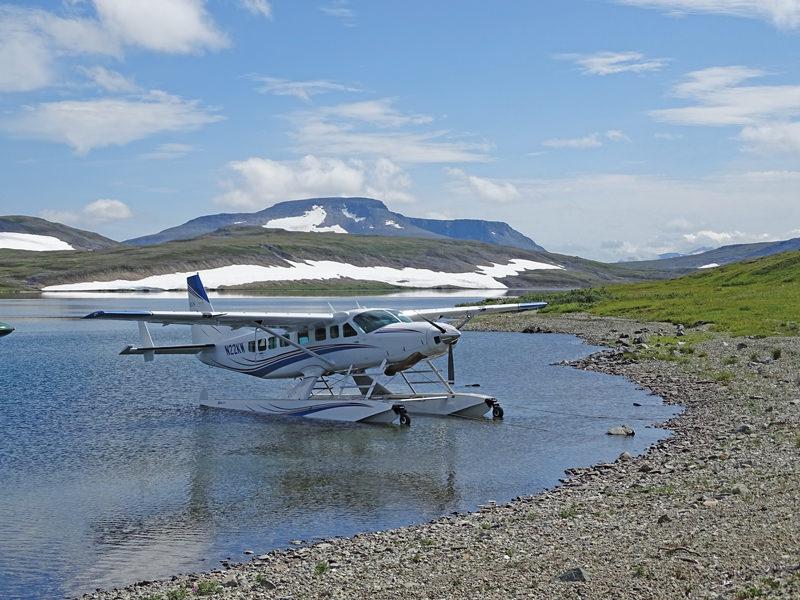 A great choice for utility

Since the first flight of the Caravan prototype in 1982, through the approvals for the Caravan 208A, the stretched 208B Super Cargomaster, and then the Grand Caravan in 1991, this single-engine turboprop has been employed in locations all over the world.

The utility of the Caravan has made it a preferred choice in remote locations for more than three decades, and modifications are available for C-208s of all types. (See the sidebars below where we highlight a few. —Ed.) 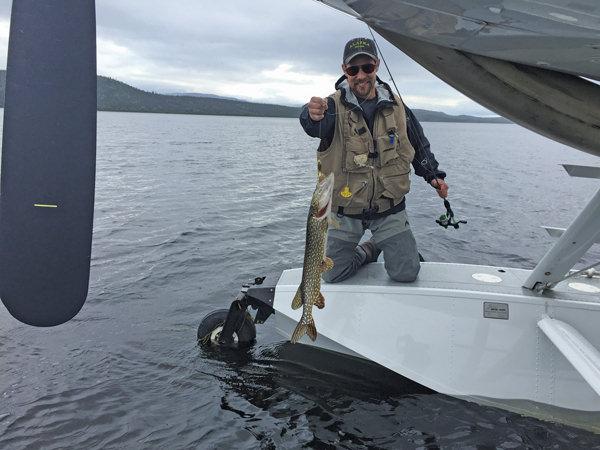 In 2013, the brand-new Grand Caravan EX deubuted to rave reviews.

“With the Caravan,” wrote Bob Goyer in an article for Flying magazine in June of that year, “you get the brawn of a PT6, the economy of a single-engine airplane, the ruggedness of a Super Cub and the simplicity of a 185, all rolled into one gargantuan utility machine...”.

Williams’ 2015 Cessna 208B EX, N22KW, was purchased new from Textron Aviation about two years ago expressly for its incredible utility.

Between Kent Williams’ wife, Pam, their two adult sons, daughters-in-law and five grandchildren, and extended family and friends, the kind of performance, room and range a Grand Caravan allowed was a must.

Williams also uses his 208B EX to commute with his wife from their Montana ranch to their second home in Loreto, Mexico. 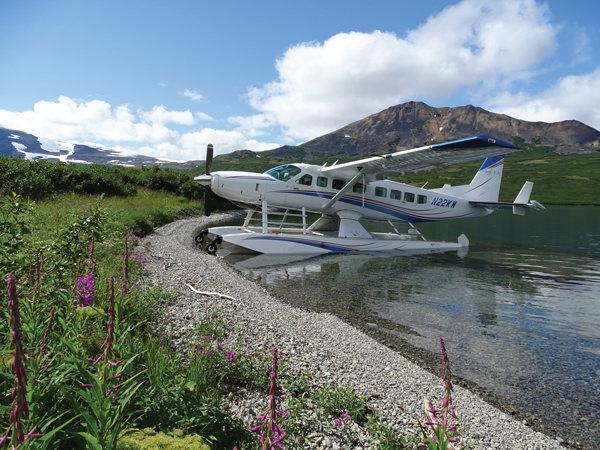 Elsewhere in Goyer’s article on the Grand Caravan EX, he writes, “the size of the EX interior puts the cabins of most light jets to shame.”

And Williams is quite happy with it. While it’s not a stand-up cabin, the height is just shy of four-and-a-half feet, with more than five feet of room across (64 inches, to be exact).

With an interior length of 16 feet, nine inches, there is plenty of legroom. The executive interior in Williams’ aircraft allows for large swivel seats and tables and a lavatory. The interior was designed by Pam Williams and installed by Capital Aviation located at Wiley Post Airport (KPWA) in Bethany, Okla. 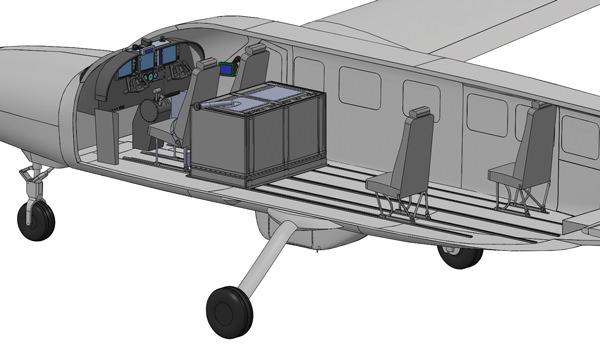 Modified to be amphibious…

While a rugged airframe and a pretty interior are very nice, Williams also wanted the versatility of an amphibious aircraft. “[This configuration] wasn’t available on floats [directly] from Cessna, so I had Wipline 8750 amphibious floats installed by Wipaire,” Williams explained.

Wipaire’s campus at Fleming Field (KSGS) in South St. Paul, Minn. is a float manufacturing mecca. The company’s Wipline 8750 floats were STC’d in early 2014, and are available for both the Cessna 208B Grand Caravan and the Grand Caravan EX.

These floats add 255 pounds over the stock gross weight, bringing the aircraft to 9,062 pounds. For enhanced safety, there is an amphibious gear advisory system and a gear indicator on the float deck. For convenience, the main gear retraction mechanism has no latches or slides to lubricate.

The family frequently uses the Caravan for pleasure trips, and Kent Williams’ favorite places to travel include the wide-open spaces in Alaska and Canada.

Having an amphibious aircraft allows Williams to safely explore all kinds of remote areas. “I have good memories at Port Alsworth in southwestern Alaska, landing on a gravel strip,” he explained. Another standout memory is water taxiing with killer whales in Alaska. 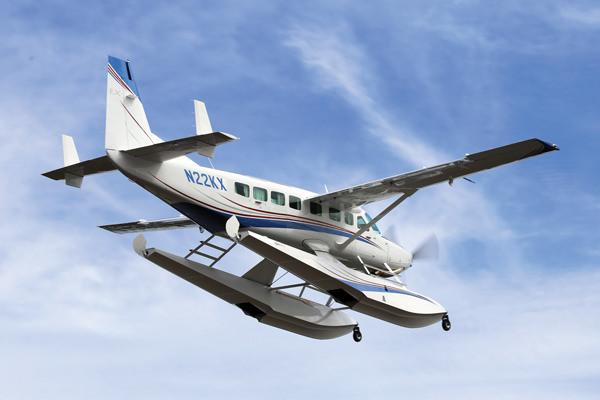 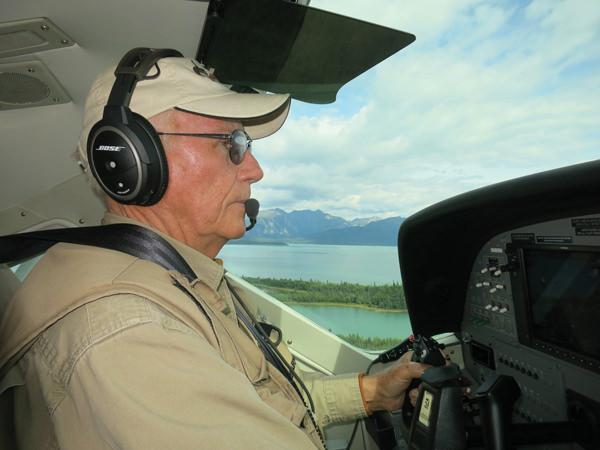 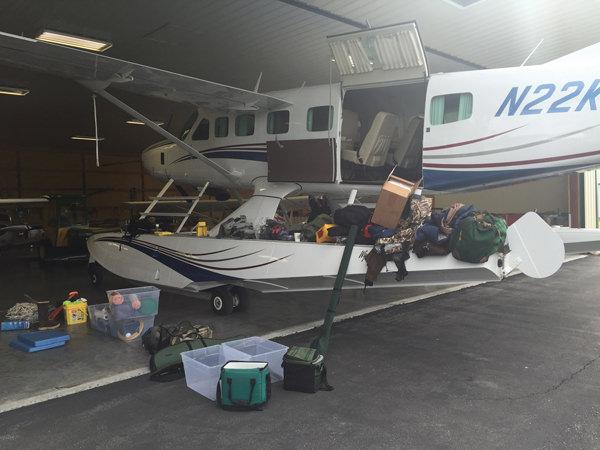 … and customized for camping

The aircraft is really set up for camping. The Wipaire floats feature four large storage compartments that hold up to 150 pounds per unit. “We can easily haul coolers, camping equipment and survival equipment,” he explained.

In the cockpit is a Garmin G1000 glass panel with a Garmin 796 as a standby. (The G1000 has been a standard feature on all Caravans since 2008.) And due to the remote locations Williams frequently visits, the aircraft was also outfitted with a satellite phone.

“The Iridium [network] is wired directly into G1000 and it works everywhere,” he explained.

“Everywhere” includes the subarctic climate of Bettles, Alaska near the Brooks Range; the Yukon Territory; all throughout Mexico—even on the north slope/Prudhoe Bay on the Arctic Ocean, Williams told me.

When it’s not in use, the plane is based at quiet Woltermann Memorial Airport (6S3), just a few dozen miles west of Billings’ Class C airspace.

With this engine, the Caravan’s performance both in and out of the water is about the same, according to Williams. However, its takeoff performance—versus the 675 hp model he owned previously—is noticeably different.

According to Mark Huber in his 2013 article on the Caravan EX for AIN Online, the new engine delivers a 40 percent increase in the rate of climb and about 10 knots of additional speed over the 208B. “It really does get haulin’,” Williams admits.

“The 867 hp provides ample horsepower, and it’s definitely safer—especially in the water,” he added. 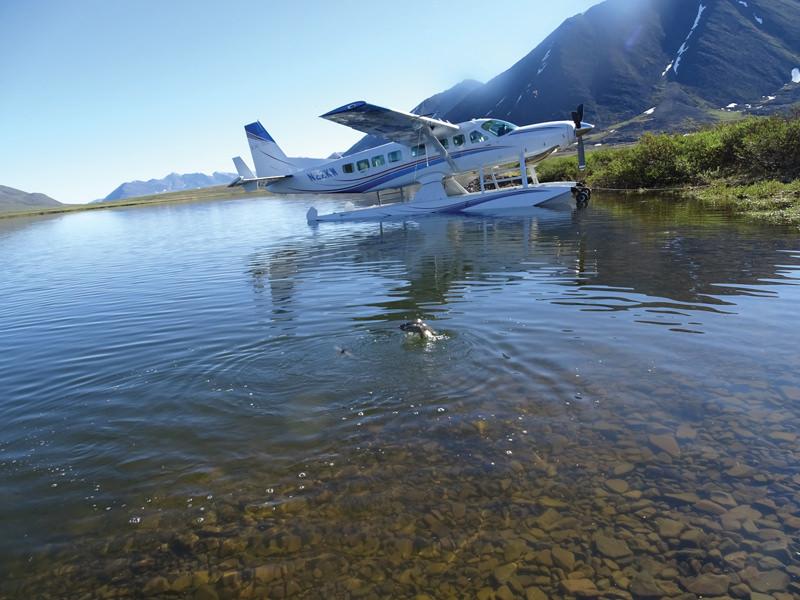 When he and I talked in late October, Kent Williams was preparing to depart his ranch the following morning and head to Loreto (LTO) in N22KW.

Last year when Williams took his Caravan to Baja for the winter, he took off the floats for the trip; this year, he will be leaving them on.

With such a spacious and capable aircraft, it’d be hard to want for more. The only thing on Williams’ wish list, he revealed to me, is “more years of flying with family and friends.” 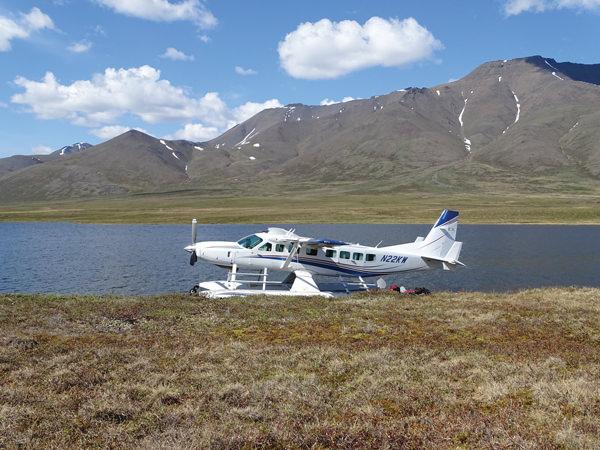 Some STCs available for Cessna 208 and 208B aircraft*