Cessna 210: KING OF THE SINGLES 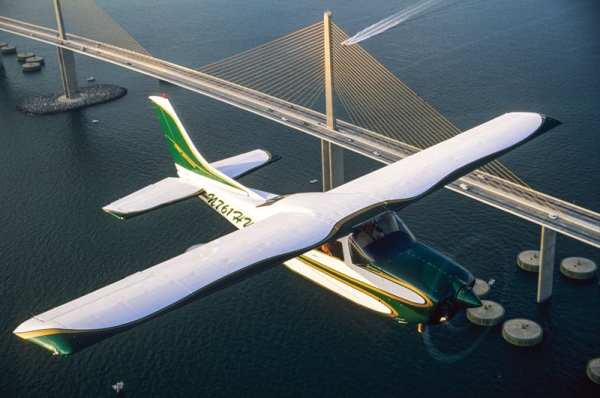 Steve Ells provides facts and sings the praises of the Cessna 210.

“The 210 was, simply, an airframe that was adaptable to a lot of different things and it offered a lot of utility and performance at a relatively reasonable price.”

The 210 is a remarkably adaptable airplane. It’s a great choice for a pilot that is qualified to fly complex airplanes, can comply with the requirements supplied by his insurance adjuster—or can pay for the required dual instruction—and has a need for a fast, capable heavy hauler.

Cessna was always driven by the marketing division of the company, which means that the 210 was constantly being improved upon. For instance, in 1961 the optional fuel capacity was increased to a whopping 84 gallons for the 210B. In 1962 for the 210C, the fuselage was widened. For both the 210B and 210C, MTOW upped to 3,000 pounds.

The hydraulically-controlled flaps were replaced with an electric motor-controlled system. Flaps were lengthened, the ailerons were redesigned and the horizontal stabilizer widened by 10 inches. Two additional seats were an option but the two in the aft-most seats had to be pretty small due to the wheel wells in the aft fuselage.

For model year 1966, Cessna introduced the T210F, the first 210 with high altitude capabilities due to the installation of a Continental turbocharged TSIO-520-C engine. The turbocharged version outsold the normally aspirated 210F by a 3:1 margin. MTOW was again upped to 3,300 pounds for the 210F/T210F. A standard 210F/T210F held 65 gallons, but it would be hard to find a 65-gallon version since most were delivered with the optional 84-gallon tanks.

The ‘67 210/T210 is easy to identify due to the unusually high dihedral angle of its strutless wings. This was also the first year of the integral fuel tanks in which the wing internal structure was sealed to form two 45-gallon (89 gallons usable) fuel tanks. Prior models’ fuel tanks were flexible rubber-like bladders. MTOW was upped again, this time to 3,400 pounds.

In 1969 the dihedral angle was reduced and the engine oil sump was changed to allow the nosegear to retract further into the fuselage. This eliminated the chin “bump” in earlier models. Figures for a 1969 T210J show a service ceiling of 30,200 feet (!), a total distance over a 50-foot obstacle of 1,365 feet and an as-delivered useful load of 1,340 pounds.

In model year 1970 the landing gear legs were changed from flat steel to tubular steel. This change made it possible to enlarge the cabin interior space. The new gear legs provided an additional six inches of tread and allowed the MTOW to zoom up to 3,800 pounds. That translates into a useful load of between 1,580 and 1,620 pounds.

John Frank, noted Cessna 210 expert, wrote this about the 1970 210: “Cessna had finally reached the peak of the mountain after a decade of climbing and could now look down on all the competition. No popular single-engine airplane could carry a greater payload a farther distance at a faster speed than the Cessna 210 Centurion.” 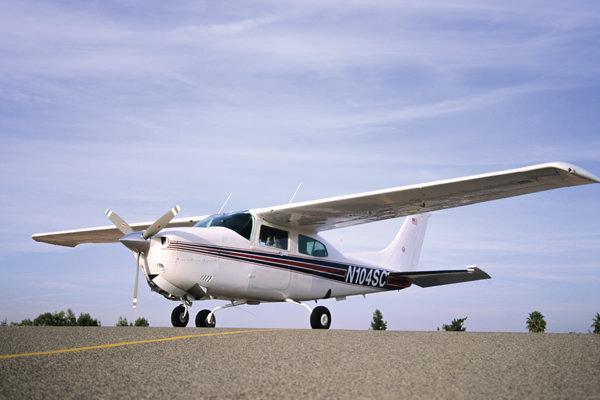 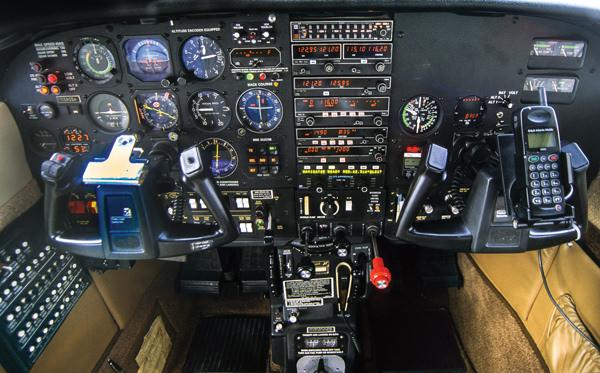 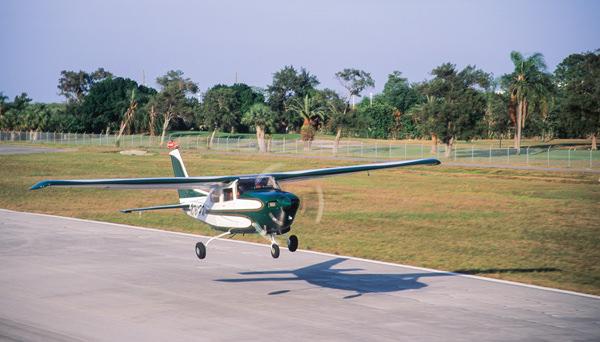 1972: 28 volts and the end of the engine-driven hydraulic power

In 1972 the electrical system on the 210L was upgraded to 28 volts, and the landing gear extension/retraction system was changed from one powered by an engine-mounted hydraulic pump to one which the pump was powerpack-mounted and electrically powered.

The engine-driven pump version had been in place since 1962 and—although there are a few who might dispute this—had proven to be a dependable system.

The later engine-pump driven and electrically-powered pump versions are available in overhauled condition from more than one source.

I found that all the answers needed to understand and maintain the 210 landing gear systems are in the Cessna service manuals—however, not all the information is in any one manual. Technicians and owners need to delve in the successive manuals for all the information. It’s all there; it’s just not all in one place.

Fully understanding the system is critical, because failure to fully maintain and rig the gear system—and doors—in accordance with ALL the requirements will often result in cracks in the expensive and hard-to-find gear doors.

Unfortunately there’s still a tendencey for some shops to repair landing gear system faults by replacing expensive major components, when the problem is usually just a stuck or failed sequencing switch, solenoid or a broken wire.

The following is the sequence of actions that occur when the landing gear handle of a 1968 Cessna 210 is moved to the up position:

(3) opens the gear-priority valve allowing fluid to flow to

(4) pull back the down locks and (5) flow on to the gear actuating cylinders.

(7) a switch on each gear is closed which causes the solenoid-controlled door control valve to move to the door-closed position,

(8) causing fluid pressure to flow to the door closed side of the door-actuating cylinders to close the doors. Once the doors are fully closed, pressure again builds up and

(9) activates a three- to nine-second time delay valve. After three to nine seconds, fluid flows to the

(10) gear handle release valve, and the handle returns to neutral.

It all sounds complex, but it really is pretty bulletproof. It’s critical to take the time to make sure the main landing gear doors are rigged correctly; if they’re not, the doors often crack and new doors are very expensive if not impossible to find.

A mod from Sierra Industries to remove the aft gear doors and modify the nosegear system is available as an option if a main gear door is damaged or cracked beyond repair.

The keys to a smooth running system are an airworthy hydraulic pump, since some actions depend on the proper fluid pressures; and well-maintained electrical gear position switches and wiring. 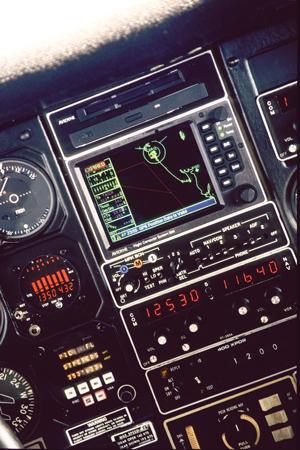 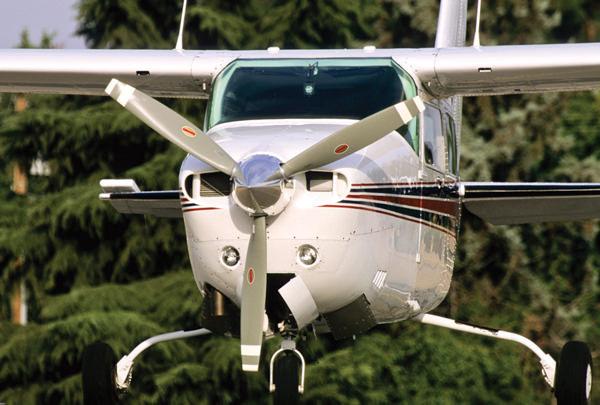 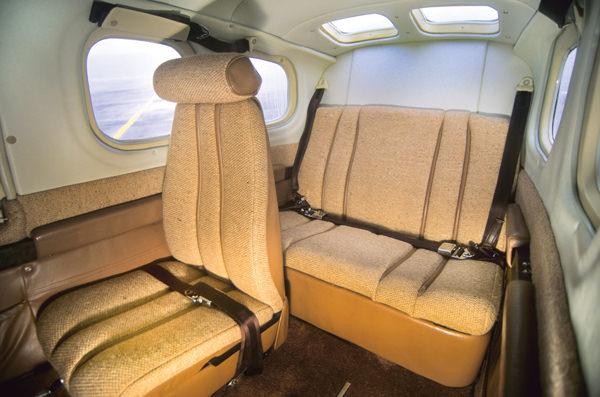 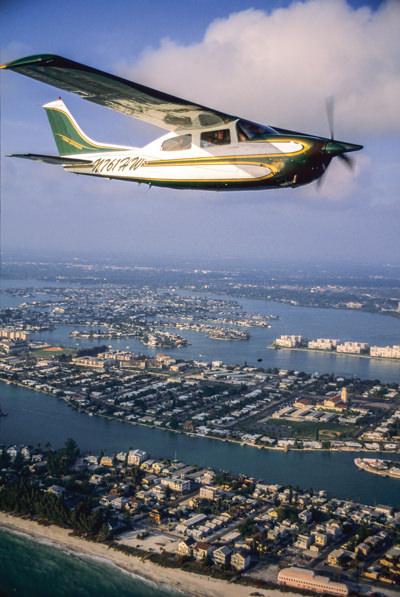 A small paragraph says book fuel burn figures can be reduced by one gallon per hour below 70 percent power.

At 65 percent power at 16,000 feet the IM cites speeds of 170 knots at 14.3 gph. I believe this figure is still on the rich side of the peak EGT. Fuel-injected Continental engines such as the ones in 210s are very good candidates for operation on the lean side of peak, provided they are equipped with GAMIjectors and a modern engine monitor.

These options show that a high-powered load hauler such as the 210 can also be operated at reduced power (and better economy) while hauling quite a load. In other words, reduced power settings allow 210 owners to save fuel and yet still haul a load. The only caveat to flying at reduced power is Continental Motors Critical Service Bulletin CSB09-11A which advised operators to keep engine rpm at 2,300 or above in cruise.

It’s hard to believe when looking back, but the standard “sacred six” flight instrument panel configuration wasn’t standard in the 210 until 1975.

Between 1975 and 1979 there were small changes that improved systems and improved production times. Model year 1977 saw an engine upgrade in the T210M to a TSIO-520-R engine that had a takeoff power rating of 310 hp (2,700 rpm with a five-minute limit). This more powerful turbocharged engine is relatively easy to install in earlier T210s via an STC held by RAM Aircraft of Waco, Tex.

In 1979 the landing gear system was greatly simplified by removing the main landing gear doors and the associated hydraulics and electrical components. In “Cessna: Wings for the World,” Bill Thompson writes, “In 1979 a cost-reduction program led to the elimination of the main gear doors and associated actuators and priority valves.”

At the same time the MTOW for the turbocharged T210N jumped to 4,000 pound. The T210N was also the first single, along with the P210N, to be certified for flight into known icing (FIKI) conditions.

The 1985 210R/T210R was upgraded again. The wingspan was extended by two feet to 38 feet, 10 inches (which made it a tight fit for a 40-foot-wide hangar door) and an additional three feet was added to the horizontal stabilizer. Landing gear extension speed was upped to a whopping 165 knots, and there was an option to up the fuel capacity by an additional 30 gallons to 115 usable.

When Cessna restarted producing propeller airplanes in 1996 the offerings were limited to fixed-gear single engine airplanes. No retractable gear singles nor twins are in Cessna’s future.

I once rode shotgun in a 1968 T210 from Santa Maria, Calif. (KSMX) to Addison, Tex. (KADS). We made the trip—1,178 nm in a straight line—with one stop in seven hours. That means we averaged 168 knots. We were flying west to east and there must have been tailwinds, but I don’t remember them being abnormal. If the time to drive, park, pass through TSA security checkpoints, and connections are factored in, we beat the airlines that day in a 40-year-old Cessna T210.

If your mission is flying in the mid-teen altitudes and you struggle with the inconvenience of the additional expense of the periodic recertification and filling of the onboard oxygen bottle(s), cleaning cannulas and crimped oxygen hoses, you should consider flying in the quiet and comfort of a pressurized 210.

The P210 is the most reasonably priced pressurized General Aviation airplane in the fleet.

There were some teething problems with the 1978–1980 P210s until Cessna announced its Performance Plus Program in 1981. This program called for the installation of a new turbocharger and other changes designed to reduce the turbocharger discharge temperature. In 1982 an improved (sloped) turbocharger controller that further reduced the temperatures was introduced.

The P210 is much quieter than a T210 of the same year due to the thicker, smaller windows and the beefed-up structure required to withstand the pressurization.

For model year 1985 and ’86, Cessna introduced the vastly upgraded P210R. Like the 210R/T210R, the tail surfaces were larger and optional fuel tanks (in the outer wing panels) boosted the total usable fuel to 115 gallons. The engine was upgraded to a Continental 325 hp TSIO-520-CE. Thirty-one of these improved P210s were produced in 1985, and seven in 1986 prior to the end of production.

I have interviewed P210 owners that spoke of the need to keep a close eye on engine CHTs especially during hot days. As with any modern high-performance aircraft engine, an engine monitor and the understanding and application of proper powerplant management are the keys to long-term engine health.

In late 2014 I was a passenger during a demonstration flight of a P210 that had been upgraded with a turbo-normalized IO-550 engine in accordance with an STC owned by Vitatoe Aviation in Circleville, Ohio. During a strong climb to 23,000 feet, no CHT topped 360 deg. F. My impression is that this modification solves any engine heating problems, thereby delivering better performance than the original powerplant installation.

Steve Ells has been an A&P/IA for 44 years and is a commercial pilot with instrument and multi-engine ratings. Ells also loves utility and bush-style airplanes and operations. He’s a former tech rep and editor for Cessna Pilots Association and served as associate editor for AOPA Pilot until 2008. Ells is the owner of Ells Aviation (EllsAviation.com) and lives in Templeton, Calif. with his wife Audrey. Send questions and comments to .