I thought I knew about Miami, I realize now, has all come from the television. “Miami Vice,” “The Golden Girls” and “Burn Notice”—these fictional portrayals all shaped my idea of the city’s surroundings, its residents and its culture. I think I was more wrong than I was right.

When I started looking deeper, I realized why Miami is portrayed so much in films and on TV: it’s a huge hub for this kind of thing. There are more than 2,000 motion picture, music and video companies based in Miami; dozens of recording studios and sound stages; hundreds of freelance production crews; dozens of cable television networks.

Miami looks shiny and new, and it is, relatively speaking. Nothing here is much more than a century old, as this port city was incorporated in 1896 with, surprisingly, just 300 residents. It’s a city that has made its name known—so much so that the former Dade County was officially changed to “Miami-Dade County” in the 1990s.

Today, Miami is considered one of the richest cities in the United States. With miles of picturesque boulevards and high-end shopping, hundreds of high-rise buildings and the most concentrated grouping of international banks in the country, this isn’t hard to believe. 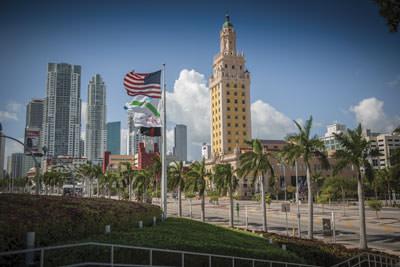 Set up for success

There is no shortage of information about Miami. In fact, it’s almost overwhelming how much is available. The 2017 Visitor’s Guide is a whopping 252 pages—and it’s one of a dozen free guides available on the Greater Miami Convention & Visitors Bureau website.

With 22 regional visitor centers around Miami, this city was built for visitors. If you want to see the palm trees sway in real time, keep an eye on Miami through its seven live webcams. The information available online is abundant.

There are even mobile apps available for free (or nearly free; they cost a few dollars at most). With these apps you can get detailed information on the arts district, the parks, the airports and city transit, various historical sites and walking tours, locally recommended food, shopping and a lot more. 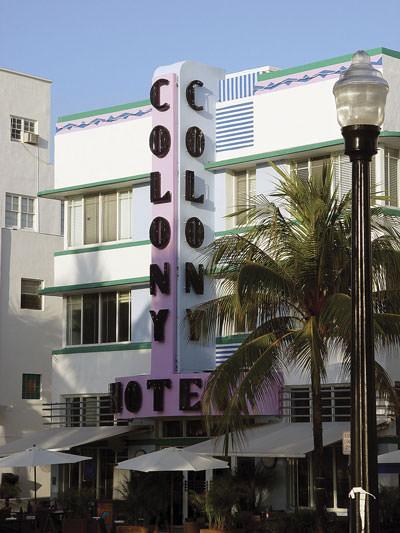 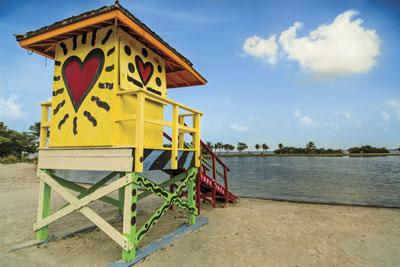 Calle Ocho – By my count, there are at least eight cigar shops and factories on SW Eighth St. in the Little Havana section of the city. Even if you can’t tell a claro from a maduro, you can’t help but feel fascinated while watching a master cigar roller create an authentic Miami-rolled Cuban cigar.

For a similar amount of immersion in Cuban culture with none of the nicotine, maybe order a cafecito (Cuban espresso, or Café Cubano) or stop in at El Rey de Los Fritas for a fast lunch (fritas, of course), and then walk down to Maximo Gomez Park to watch a game of dominoes—or maybe to enjoy that cigar. (I’m sure you won’t be alone.)

The Miami Circle – One highly unusual feature in the city is the Miami Circle, a prehistoric limestone building site that’s 38 feet across—in the middle of downtown, off Brickell Avenue. Though many at first doubted its age, the circle predates other East Coast settlements and is believed to have been used by the Tequesta Indians. Many Tequesta artifacts are viewable at the HistoryMiami Museum on West Flagler Street. The museum is several blocks northeast of the site, across the Miami River.

Biscayne National Park – This natural haven is within sight of Miami in nearby Homestead, Florida. This park is different than most: it’s mostly made of water. The National Park Service protects these shallow waters, coral reefs, marine wildlife and tropical hardwoods—there are no roads or bridges, and only one hiking trail.

Since the vast majority—90 percent—of the park’s half a million annual visitors enter the space by water, there is no entrance fee. There are, however, fees for special uses (overnight docking, camping at the two campgrounds in the park, etc.).

The Deering Estate – Environmental enthusiasts can also check out The Deering Estate, a preserve in the village of Palmetto Bay, which offers hikes and science education for visitors. It’s a lot closer to the heart of the city (and a little easier to access than Biscayne National Park if you don’t have a boat with you). The estate runs a moonlight canoe tour, which takes paddlers across Biscayne Bay to a waiting campfire on Chicken Key. The tour costs $40 and is open to adults only.

Art Deco Historic District – Lastly, Art Deco architecture is a worthwhile sightseeing trip from downtown Miami across the causeway to the east end of Miami Beach’s South Beach neighborhood. Tours of all types—guided, private, self-guided—are available seven days a week through the Visitor Center. There are more than 800 buildings to see.

Other ways to spend your time in Miami might include beaching it—no explanation necessary—or window shopping at one of Miami’s many retail districts. For an indoor (read: totally air-conditioned) experience, look to the Brickell City Centre.

If you want the full “I’m in Miami!” retail experience, the outdoor Bal Harbour Shops on Miami Beach are a fashion mecca. With an astounding number of luxury brands and an eponymous fashion magazine, I’d consider this a tourist destination in its own right. 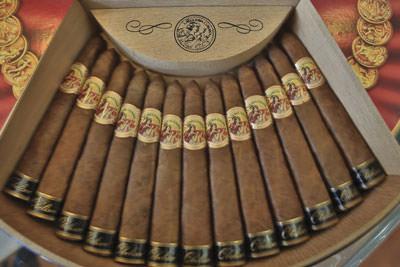 Miami has several great events coming up in the first part of this new year. I’ve listed a few here, along with the dates. To find out more, see the Resources at the end of the article.

South Beach Jazz Festival – Latin, New Orleans-style and classic jazz music will be performed at various venues in South Beach January 5, 6 and 7. Branford Marsalis headlines this year’s event—it’s sure to be a big draw for a festival that’s just in its second year.

Miami Marathon/Half Marathon – This unique single-loop marathon has been running (sorry, I had to) since 2003. Since Miami is a Boston Marathon qualifier, it attracts 25,000 competitors from around the world—as well as 50,000 spectators. If you are in Miami on January 28 this year, you might want to be part of the cheering section.

Coconut Grove Arts Festival – A huge and highly anticipated arts festival occurs Feb. 15–17 in Coconut Grove. With fine art, food, music and performing arts all on showcase, it’s worth a trip to eat, walk and shop around. One-day passes are available for as little as $10 for this 55th annual event.

Calle Ocho Festival – This event has the feel of a neighborhood block party, except it spans 24 blocks. The Calle Ocho Festival has 30 stages of music and its vibrant atmosphere makes it a true Pan American celebration. This year, the date is March 11. If you go, just know that it might be a little crowded: one million of your closest neighbors will also be at the party. 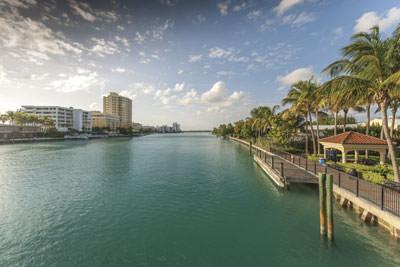 Miami is a bustling place, and the Miami International Airport (KMIA) offers the largest quantity of commercial flights to the Caribbean and Latin America in the entire United States. It’s also first in international freight in the United States. There is a General Aviation Center at KMIA, and with customs there, it’s a must for international visitors. Many interstate flyers would probably look to land elsewhere, if possible.

There are a few other appealing options. The first is the Miami International reliever airport, Miami Executive Airport (KTMB). It’s located to the southwest of downtown, has 24-hour staff, three long runways and a helipad—and has about 500 operations per day. Fuel on the field averages around $6 per gallon at the time of this writing.

Similarly, Miami Opa-Locka Executive (KOPF) to the north of the city is also a reliever for KMIA. It averages about 400 operations per day and lots of these are jets—which means the runways are nice and long. Fuel is about a dollar per gallon higher than at Miami Executive, though one of the three FBOs was comparable to KTMB’s prices.

Miami Homestead General Aviation Airport (X51) is a little further south and west of the central city and is more set up for the DIY types, with self-serve fueling at a more reasonable cost (right around $5 per gallon) and no tower. X51 has two paved runways and a turf strip along with 24-hour restrooms and lounge. Unlike KTMB, gliders aren’t restricted here, so parachutists, RC aircraft and agricultural aircraft are all in the vicinity; something to keep in mind.

Finally, North Perry Airport (KHWO) is located about 14 miles north of downtown Miami and 6 miles north of KOPF. North Perry offers four runways, a control tower, cheap Avgas ($4.25/gal) and a GA-friendly atmosphere. There are several flight schools at North Perry, so the traffic pattern(s) can be quite busy. However, you won’t have to dodge many jets; the airport is closed to aircraft over 12,500 pounds MTOW. Wrap-up

If you’re looking for a winter escape and like to be in the middle of the action, Miami may just be your ticket.

It’s not all shady smugglers, dotty retirees and former spies; it’s oceanside beauty, mingled cultures and exquisite architecture. There’s way more to see and do here than I’d ever known if I’d stayed in front of the television. Sources: miami-airport.com, miamiandbeaches.com, wikipedia.com, yelp.com. 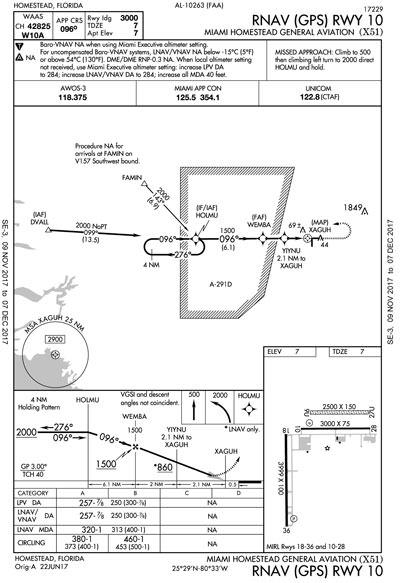 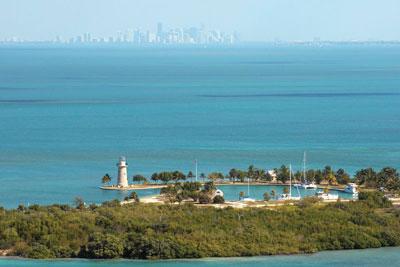