Less More
1 year 10 months ago #2284 by richard heinichen
Replied by richard heinichen on topic flying west
Thank You Scott and Steve for the suggestions. I think I will look into and buy some oxygen program and get up early and try flying over the peaks... That is after I fly in the mountains with a CFII , in my plane, and learn some common sense.
Also, I like the idea about mountain passes on a nice VFR day. With the parachute, if the thing in fronts stops turning I'll look for a pick nick table by a river and float down and wait.
My nephew lives in Bend and I have seen what has come to this little town. Private jets.
Now that Texas has closed down again in 90 days I will have more time to iron out the legs.
Thanks Guys.

Less More
1 year 10 months ago #2283 by Scott Kinney
Replied by Scott Kinney on topic flying west
The FBO at KRDM is owned by the same outfit as the one at KBDN, and caters to a similar clientele. Last I heard, the overnight fees were pretty steep. An advantage to KRDM would be that since it is the area's commercial hub, a rental car is easy to secure.

In addition to the Imeson book Steve mentioned (which is great), I also really enjoyed Mountain, Canyon, and Backcountry Flying by Amy Hoover. Even if you never intend on touching down on an unpaved strip, both are worth picking up.

There's a big difference between flying "around/over the mountains" (e.g. a XC leg from, say, Reno, NV, to Bend, OR) to flying "in the mountains."

"Around/over" doesn't need to be particularly complicated, but having some knowledge about mountain weather and airflow patterns is very helpful.

Along those lines, I ran into a situation last summer climbing out of Sisters, OR (6K5) where I was seeing a miserable rate of climb (100 fpm) at only 6,500 feet msl. I should've been getting 750+ fpm. All engine indications were normal. It wasn't particularly warm outside. Strange.

As it turned out, I was in a spot where I was catching the downside of a mountain wave (west wind at altitude of 25-30kts, mountains to 10k about 20 miles west of this position). I was also over forested terrain. I repositioned a few miles further east from the downflow area, found a nice big field (warms quicker, more conducive to rising air), and spiraled up to 10.5 fairly quickly.

"In" is where mountain flying instructors really earn their keep. Every year, I read reports about very capable aircraft whose very not-capable pilots tried to land at such-and-such backcountry strip without proper training.

We have a strip just up the road (McKenzie Bridge, 00S) which seems to eat a plane a year, on average. It's not particularly high, hot, or complicated, but it's in a relatively tight valley, one-way, no go-arounds possible.

Less More
1 year 10 months ago #2278 by STEVE ELLS
Replied by STEVE ELLS on topic flying west
Scott's information is right on. Redmond (KRDM) is another airport near Bend-10 miles to the north.

For what it's worth, I flew a 1947 Piper PA 12 (108 hp) from Texas to Alaska and never climbed much over 5000 MSL. But I had to route the flight through low passes. Your 182 can handle mountainous terrain with out a problem.

One thing to mention, VFR sectional charts used to have mountain pass routes depicted by a series of blue diamonds. Since I haven't bought a sectional for quite a while, I don't know if that practice continues.

One book that I think is a valuable resource for mountain flyers is the "Mountain Flying Bible" by Sparky Imeson. There are others too, that's the one I have.

And if you really want to get competent at mountain flying, there are free guides: ( www.faa.gov/regulations_policies/handboo..._mountain_flying.pdf )

And a number of actual fly the airplane in the mountains with a qualified instructor courses. Type: "mountain flying training" into your favorite search engine.

I was based at KBDN for awhile with a Cherokee 180 and flew it all over Oregon, Idaho, and Nevada. 10.5 and 11.5 will get you over and around most terrain in those states, but the higher you go, the smoother the air (usually). As Steve said, fly early to avoid the worst bounces.

Re: KBDN, unless you need to be in Bend, I'd park the plane elsewhere.
KBDN used to have two competing FBOs, but now it's just one, and they are...how to put this diplomatically...pricey and cater to a much more Gulfstream crowd. It's also super-busy for being a non-towered airport and can be stressful on arrival/departure.

Nearby GA-friendly options are Prineville (S39), Sunriver (S21), or Madras (S39). Sunriver does a particularly nice job of helping out visiting GA pilots (very willing to arrange rental cars, hotel, golf, etc.). Plus, it's a gorgeous setting. The guys at Prineville and Madras are also very friendly.

Right now, most of the Central Oregon tourist infrastructure is (like most places) shut down due to Coronavirus. Finding hotels, rental cars, restaurants, etc. may be a challenge. Not sure when you were planning this trip for, but do take that into consideration.
Last edit: 1 year 10 months ago by Scott Kinney.

Less More
1 year 11 months ago #2223 by STEVE ELLS
Replied by STEVE ELLS on topic flying west
Coming up with a portable O2 system is no problem. I find that I do much better mentally, especially if I'm a long flight, if I start using O2 at a much lower altitude than that required by the regulations. If I'm going to be at or above 8,500 feet for more than 2 hours, I've got a O2 conserving canula in my system.

You're airplane is more than enough airplane to fly over mountain ranges so a more direct routing is possible.

You might want to consider, if your schedule is flexible, to fly to destinations close to attractions (Grand Canyon--there are VFR routes across the canyon; any number of wonderful destinations in southern Utah--land at Moab and go on a Green River drift trip; etc.) instead of making long legs each day.

A friend who flew to AirVenture decided to break up his trip by over nighting near Mt. Rushmore; another stopped near the Devils Tower in Wyoming.

Your airplane is a wonderful tool for traveling (I much prefer flying over driving) and for seeing the planet.

On my way back from AirVenture last year, I spent the night in Page, Arizona after fueling in Rangely, Colorado. The terrain between those sites was memorable.

When you come up with a plan, share it.

Less More
1 year 11 months ago #2218 by richard heinichen
Replied by richard heinichen on topic flying west
Hello Steve. Thanks for the route.
I fly a 182S. I have flown in my friends RV9 to San Francisco using that route. Never higher than 8.5. Also up the middle of the central valley... I don't know why I seem to want to fly sorta of direct since the plane has no oxy. It does however have a parachute. Not a mountain man.
I like your idea. I want to go to Bend. Might just go up the coast past LA and all that.
I have also thought of going zig and zag through the hiway route and train routes.
Thanks again.. 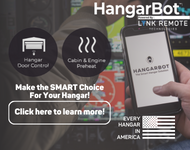 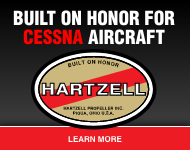