This is information only. Recommendations aren’t mandatory.

With the exception of AD 2013-02-13, which addresses specific turnbuckle connections in the stabilator control system on certain Piper Aircraft Inc. airplane models, at this time, the airworthiness concern is not an unsafe condition that would warrant airworthiness directive (AD) action under Title 14 of the Code of Federal Regulations (14 CFR) part 39. However, the FAA continues to monitor this concern, and may take additional action based on data received from operators and/or further examination.

Turnbuckle connections are widely used in flight control systems on a multitude of airplane models that utilize mechanical flight control cables. The FAA has, over the years, received numerous reports of failures of the cable/turnbuckle attachment fittings, which have caused or have the potential to cause loss of flight control in one axis. In many cases, the failures have been discovered during inspection or ground operations. For those that occurred in flight, the pilot was often able to land the airplane without damage, although this can be very challenging. Accidents with substantial damage have occurred in some cases.

Factors that contribute to stress corrosion cracking for stainless steel fittings of this type are exposure to contamination (chlorides) along with being under sustained tensile stress. Heat is also a contributing factor. It is therefore likely to occur more quickly in a warm, humid, salt air environment, and progresses based on calendar time rather than flight time. A number of failures have occurred in areas of the airplane adjacent to heating and ventilating ducts, thus raising the possibility that elevated temperatures and/or condensation associated with the ducting was an aggravating factor. Owners and operators of certain Beechcraft Bonanza and Debonair airplane models should be aware that multiple failures of an aileron cable terminal have occurred in a location just forward of the rear spar and underneath a ventilation/heating duct. This applies to most airplane Models 33, 35, and 36 manufactured between approximately 1964 and 1977, after which the aileron turnbuckles were moved to a location in the wheel well (although there may be exceptions falling outside those years). Being located in close proximity to the airplane battery can also be an aggravating factor. Based on reports received to date, the FAA would not expect failures to occur on parts with less than 15 years time in service.

A picture from a recent incident involving failure of such a fitting is shown in the photographs below. Note the small amount of corrosion adjacent to the fracture location. 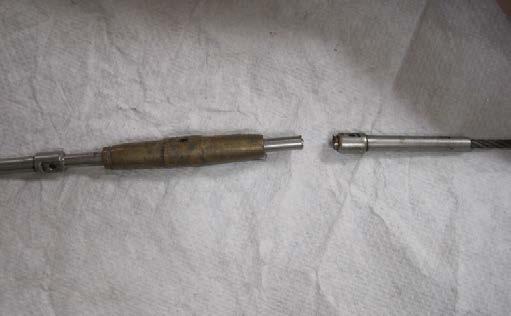 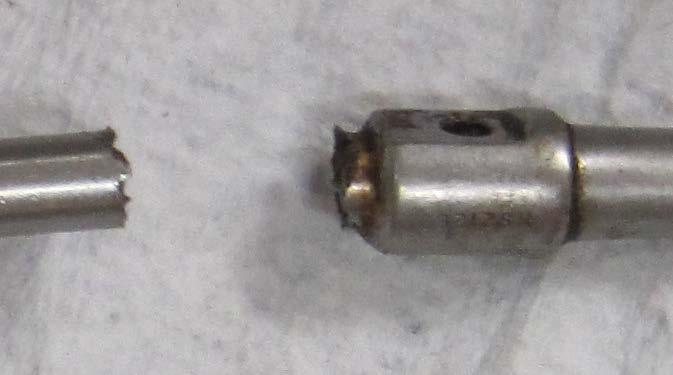 Depending on whether safety wire or a safety clip is used to secure the turnbuckle, any corrosion such as this may be hidden from view by the safety wire, which needs to be removed in order to perform an adequate inspection. The following photograph shows a typical safety wire configuration. 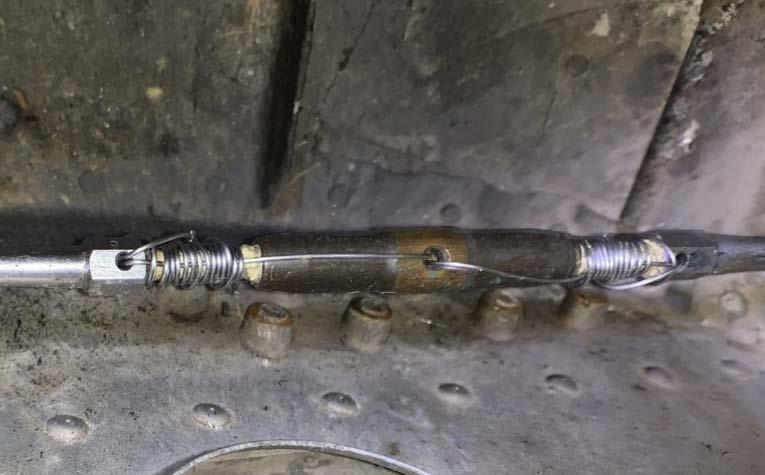 The following photograph shows a failure that occurred on a cable fitting located under a ventilation/heating duct on a Beechcraft Bonanza airplane. 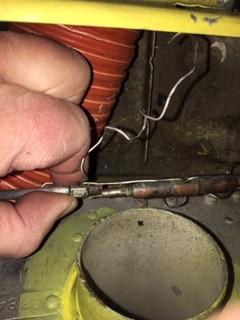 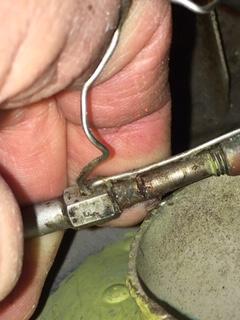 Another aggravating factor is the presence of sleeving or tape that is sometimes installed on the fitting shank for identification as an aid during initial airplane assembly. Corrosion can form more quickly underneath this material and be hidden from view during an inspection as shown in the following photograph. This material has no functional purpose on an assembled airplane.

Again, because stress corrosion cracking is usually preceded by or accompanied with visible corrosion on the fitting, any corrosion visible in the area of the fitting is cause for concern.

For all airplanes certificated under 14 CFR part 23 and CAR part 3 that utilize mechanical flight control cable systems, the FAA recommends that owners and operators perform the following:

1. Upon any annual or other general inspection of the flight control cables, carefully examine all cable terminal fittings that attach to all turnbuckles for corrosion and/or cracking (in addition to inspecting the turnbuckles and the entire length of the cables as you normally would).

a. If safety wire is installed such as to prevent examination of the fitting surface, the safety wire must be removed.

Caution: Care should be taken to avoid any adjustment of the turnbuckle relative to the fittings. Otherwise, re-rigging of the affected flight control cables per the manufacturer’s instructions should be done before further flight.

b. Examine underneath any sleeving or tape that is installed on the fitting shank.

i. Remove and discard any such tape or sleeve material while exercising care not to gouge or scratch the fitting surface. Removal of this material is considered a minor alteration to the airplane and should be documented by an appropriate logbook entry.

c. Use of a 10X magnifier is recommended.

2. If no corrosion or cracking is present:

a. Apply a corrosion preventative to the swaged fittings if recommended by the manufacturer.

b. Replace any removed safety wire with new safety wire in accordance with normal procedures.

3. If any sign of corrosion, pitting or cracking is present on any fitting, replacement of the associated fitting and/or cable assembly is recommended.

Published in Aviation Alerts
back to top