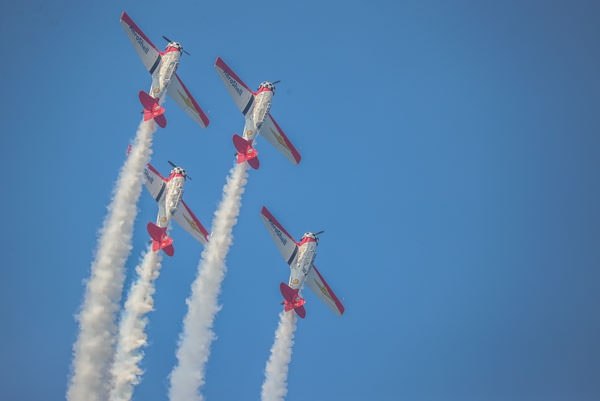 EAA AVIATION CENTER, OSHKOSH, Wisconsin — (January 22, 2019) — Some of the world’s top air show performers have made their commitments to fly at EAA AirVenture Oshkosh 2019 – the World’s Greatest Aviation Celebration – as part of the afternoon and night air show lineups.

Those performers include aerobatic champions and longtime Oshkosh favorites for the 67th annual Experimental Aircraft Association fly-in convention, scheduled for July 22-28 at Wittman Regional Airport. The afternoon air shows are presented by Quest Aircraft and Pratt & Whitney Canada, while the Wednesday, July 24, night air show is presented by Covington Aircraft.

“This is already an outstanding all-star air show lineup and we’re just getting started,” said Rick Larsen, EAA’s vice president of communities and member programs, who coordinates AirVenture features and attractions. “We use the feedback collected each year to bring favorite performers back to Oshkosh, while adding exciting new acts and air show attractions connected with particular aircraft, events, and anniversaries.”

Among the performers and aircraft already planning to appear at Oshkosh in 2019 are longtime favorite Julie Clark, making her farewell air show tour in 2019, and Sean D. Tucker, returning with the Team Oracle multi-aircraft show. Others already on the schedule include: