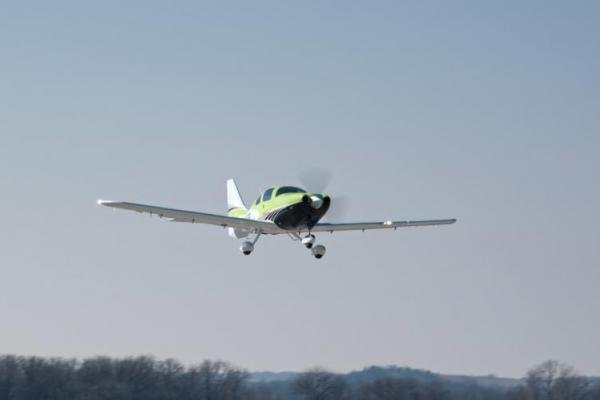 “The TTx performed exceptionally well,” said Brian Steele, business leader for the TTx. “In the course of the flight, the pilot took the aircraft to 17,000 feet, and achieved a speed of 213 kts. The TTx is a nimble, top of the line airplane. It’s the world’s fastest fixed gear, single engine piston aircraft in production - pilots who like to go fast and go in style are going to enjoy the TTx.”

Cessna announced they had started production of the TTx at the Sun ‘n Fun air show in Lakeland, Fla., in 2012. The TTx is capable of reaching top speeds of 235 kts (270 mph). The aircraft features an optional Flight Into Known Icing (FIKI) system and an operating ceiling of 25,000 feet, both of which allows greater flexibility to plan flights in varying weather conditions. At long range settings, the TTx has the ability to cross the United States with only a single stop. During the development process, the TTx has flown 275 flights and logged 339 hours in the air.

The TTx is the first aircraft to be equipped with the Garmin G2000 avionics system and features a glass cockpit with dual 14.1 inch high definition displays and touch screen controls. The TTx is also equipped with the Garmin Electronic Stability Protection (ESP) system, a feature designed to help pilots keep the high-performance aircraft operating within the normal flight envelope. Inside the cabin, passengers will find a comfortable interior, featuring stitched, leather seats and seat belt airbags.

“Being able to celebrate the maiden flight of the first production TTx is a rewarding experience for everyone who has helped with making the TTx a reality,” said Jodi Noah, Cessna’s senior vice president of single engine/propeller aircraft. “This program has many of passionate followers, and this is a moment we’ve all been eagerly anticipating. Congratulations to the team for delivering on Cessna’s promise, and for taking this next step towards delivering the TTx to the marketplace.”