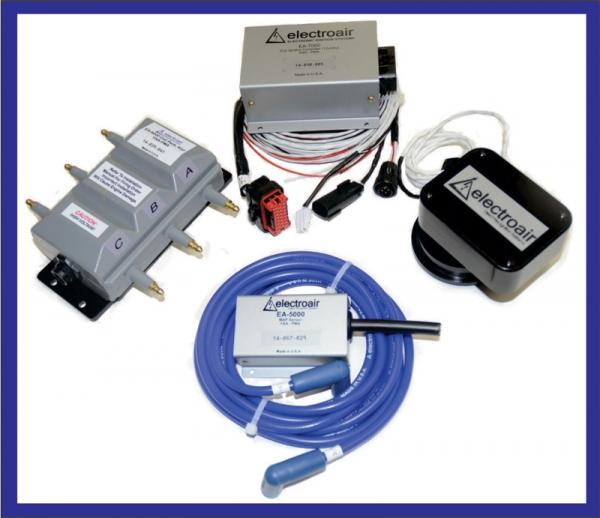 November 11, 2014-
Ameritech Industries, Inc. the parent company of Eagle Engines and American Propeller of Redding, California are pleased to announce the long awaited availability of the Magneto Timing Housing (MTH) version of the Electroair Certified Electronic Ignition System for Continental IO-360, O/IO-470, IO-520 and IO-550 six cylinder engines. Ameritech is the largest stocking distributor for Electroair and systems are on the shelf, ready-to-ship.

The Electroair direct fire ignition system replaces one magneto with a Magneto Timing Housing (MTH) which feeds the engine position and RPM information to the Controller. The Controller also receives the input from the MAP sensor, computes the amount of dwell, adjusts timing, and signals the coils to fire directly into the spark plugs.

Limitations of the previous six cylinder version of the ignition system are eliminated with the introduction of this MTH system.

For further information please contact Ameritech at 800-292-7767 or . You may visit Ameritech on the web at www.ameritech-aviation.com.