Garner a Good One: Ensuring a quality pre-purchase inspection

A&P/IA Kristin Winter explains where to look for a competent pre-purchase inspector, why a pre-buy is different than an annual inspection, and how to get peace of mind with a used aircraft purchase.

Have you ever seen a forlorn and lonely airplane sitting on the ramp with flat tires and moss growing on the wings and wondered what happens to these planes?

Some are doubtless scrapped and many are cleaned up and sold to overexuberant first-time buyers. Often for too much money.

For some reason, many hopeful new owners often seem to think they know how to judge a good plane. Usually it is the avionics that seduces them. Throw an older GPS Nav/Com and a used PFD in the panel of a maintenance nightmare and watch it fly away.

Buying for the gizmos in the panel or the pretty paint job is a little like playing Russian Roulette with your wallet.

I only learn about the sad stories after the fact when a deflated new owner seeks some help. If only they had called me before they bought.

There are some fundamental truths to the process of buying an aircraft that can help avoid walleticide.

The first thing to know is that if you have never bought a plane or been involved in the care and feeding of one, you may well not know what you don’t know. The more complex and the more unique or rare the aircraft, the more there is not to know.

The second thing to know is that an annual inspection is not a guarantee of airworthiness, even at the time of its completion.

Apart from the fact that things break on the first flight, the quality of annual inspection is controlled by the diligence of the inspector (“IA”), the willingness of the owner to spend money on the maintenance, and the knowledge of the IA about that particular type.

A cheap owner will only authorize the minimum required repairs but then may whine enough about the cost that it affects the IA’s judgment. Cheap-Charlie owners also are experts at finding the least expensive IAs, often meaning the ones with the lowest standards.

Annual inspections completed with the anticipation of selling the plane are also notoriously sketchy.

The differences between annual and pre-purchase inspections

The biggest mistake that most new buyers make—and even some experienced buyers—is to believe that any A&P can do a pre-purchase inspection competently. In truth, few can. It is not

a skill that is taught, and there is no FAA standard.

Most mechanics do not have any experience as an owner/pilot, so they don’t understand what the buyer needs to know.

Instead, they often try to sell the hopeful new owner on an annual inspection, as they know how to do that. They will tell you that the annual is more thorough—which in a way is true, but misses the point.

A good pre-purchase inspection looks at the known issues for the type of aircraft and can give the buyer an assessment of what needs immediate attention and what is likely to need attention in the first year or two of ownership.

It is that kind of economic information that is needed for the prospective owner to determine if the airplane is a good buy.

Cessna’s 300 series twins (e.g., C-310, particularly if turbocharged), the Cessna 400 series and the Cessna 210 come to mind as aircraft that require a professional who is well versed in the particular type.

Ideally the person would have both substantial maintenance experience and flight experience in the type. Type clubs can often be a good resource to find someone qualified to take a prospective buyer through the process.

Because there is no industry standard as to what a pre-purchase inspection should consist of, the scope and detail is open to negotiation, but the buyer should have a good understanding of what will be accomplished and what will not be done.

As each aircraft is different, the scope of inspection is likely to change from one to another. For example, an aircraft which has recently had a factory remanufactured engine installed and was then flown regularly will need less attention to the engine than one that has mid-time engine with a spotty usage history.

An excellent starting point is a logbook review. Any serious seller of an aircraft should have photographed the logbooks, the 337s, the AD compliance sheet, the weight and balance, and any documentation supporting the last engine overhaul such as work orders, 8130-3 forms, yellow tags, etc.

It takes 15 to 20 minutes to photograph 50 years’ worth of records if the seller just snaps a photo of two open pages together, turns the page, snaps the next two, etc. As long as they are done is a sequential order, they are easy to read. I normally convert the photos to PDF files, which takes only a few minutes.

The written report of the logbook review should tell the buyer where the plane has lived, what type of flying it has likely been doing, the usage pattern, recorded damage history, status of repetitive ADs and significant Service Bulletins, modifications, and the status of parts with a practical life limit.

The review serves several purposes. One is to weed out aircraft which pose an unacceptable financial risk for the price being asked. The most common example of that is a little-used aircraft with a poorly documented engine overhaul, yet is reasonably low-time—and priced accordingly.

The logbook review also helps establish the parameters for what needs the most attention on a physical inspection. The goal in the physical inspection is to confirm the story the logbooks are telling and to look at the known problem areas and components that might need expensive repairs.

It makes little sense to pay your pre-buy professional $50 to find a pulley that needs a squirt of lubricant or to replace a 20-cent nut. The focus needs to be on the condition of the expensive systems such as engine, retractable landing gear, leaking fuel bladders, avionics, autopilots, etc. The logs should be the guide as to what items are more likely to need maintenance in the near term.

Lastly, the logbook review, along with the physical inspection, should give the new owner a blueprint for what work needs to be done immediately (and possibly negotiated in the transaction), as well as an understanding of what areas to focus on in the first year or two of operation.

A logbook review can run anywhere from four hours on up, depending on volume and complexity. Obviously, a 2002 C-172S will take much less time for both logbook review and physical inspection than will a 1976 C-421C. Most run around five to six hours for the log review and four to eight hours for the physical inspection, depending on whether a flight test is involved.

As avionics are a large portion of the value of many used aircraft, a test flight and assessment of the condition and functionality of the avionics can be an important part of the physical inspection.

For a retractable gear aircraft, jacking the aircraft and cycling the landing gear and inspecting all the linkages is a necessity. Retractable landing gear is often one of the most overlooked systems on an aircraft.

The engine, being one of the most expensive components of the aircraft, generally merits considerable attention (save for those examples of aircraft with a new engine from an unimpeachable source). A compression check, cutting the filter open and borescoping the cylinders are all common techniques to assess the condition of the engine.

One thing that is difficult to check is internal corrosion. On Lycoming engines, the only way is to pull a cylinder or two and check. There are some easier options with the Continentals, which are less prone to cam and cam follower corrosion. The usage history and the aircraft’s location are key components in determining whether there is a significant risk of corrosion.

There is an understandable temptation—particularly when on a budget—to skip the pre-purchase inspection process and rely on the last annual inspection. In rare cases where the aircraft is simple and the buyer knows the seller and the history of the aircraft, skipping this expense can be warranted.

I have seen many instances where the aircraft was owned by an A&P, yet was still in terrible condition.

It is more common than it should be that a new owner is faced with a first annual inspection and repairs that equal 50 percent of the amount paid for the aircraft. A landing gear system that needs to be rebuilt can cost several thousand dollars, or more. 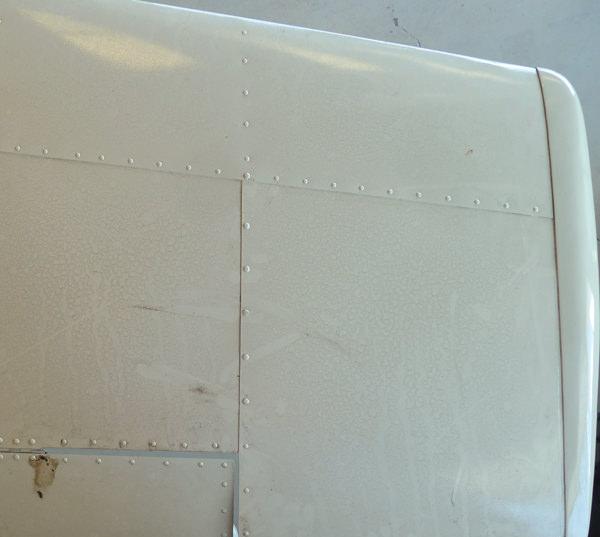 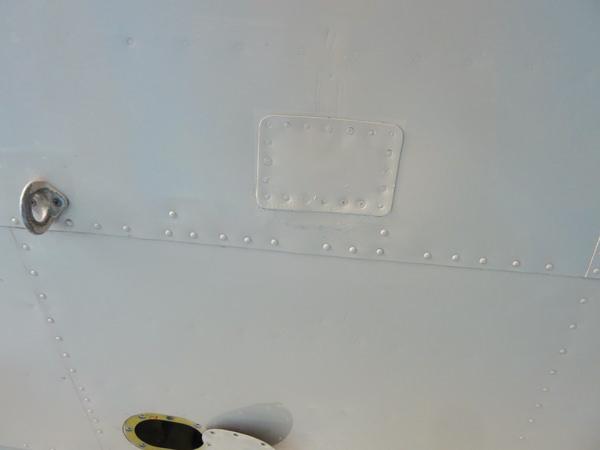 Hidden damage that is common to the type, but often missed on annual inspections—let alone a pre-purchase inspection by a mechanic who does not know where to look for problems, can also be very expensive to repair and should be the responsibility of the seller, either as a condition of sale or as an adjustment of price. (See photo 03, above, and photo 04, page 61.) 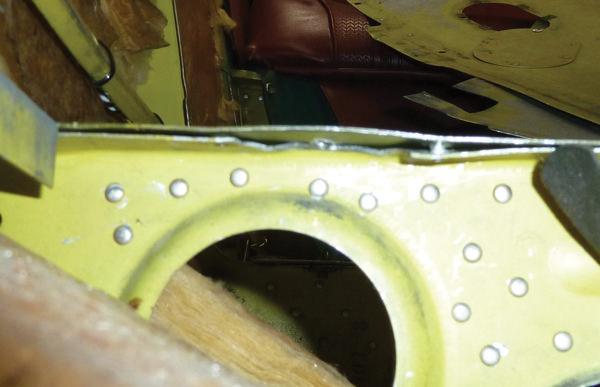 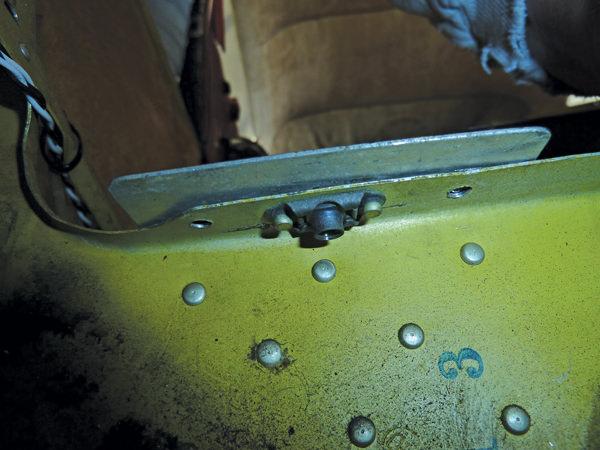 The worst-case scenario is undetected corrosion that can render the new pride and joy unairworthy and not economically repairable.

The best money that a prospective owner can spend is the several hundred dollars needed to reveal that the aircraft is not one he/she wanted to own.

Nothing is a bigger buzzkill on a purchase than to have it in the shop for most of the first year of ownership and spending all of the avionics upgrade budget fixing things that could have been found by a competent pre-purchase inspector.

The confidence of knowing exactly what you bought—what may need attention in the future, and what should be solid—is also valuable peace of mind, particularly if the seller was forced to be responsible for some of the issues discovered.

Buying one’s first airplane is an excitement like no other, and it doesn’t even lose much of its enjoyment on subsequent purchases. A first bad experience can mean little joy, and no subsequent experiences.

While it is not fun for the pre-purchase inspector to have to burst a few balloons, the joy of a new buyer getting a good plane makes up for being the occasional bearer of bad news about the shiny plane with cool avionics and, unfortunately, a risky engine.

Kristin Winter has been an airport rat for almost four decades. She holds an ATP-SE/ME rating and is a CFIAIM, AGI, IGI. In addition, Winter is an A&P/IA. She has over 8,000 hours and uses her aircraft in furtherance of her aviation legal and consulting practice. Winter also assists would-be owners with training and pre-purchase consulting. Send questions or comments to .