If you own a Cessna 182 Skylane, at some point you’ll need to replace the fuel cells (fuel bladders). It’s not a particularly difficult task, especially when you order an all-inclusive kit from a vendor like Eagle Fuel Cells.

N4696K has been a fixture at Modesto City-County Airport (KMOD) for many years. It’s a 1975 Cessna 182P Skylane owned by Nine-Six Kilo LLC, which in turn is owned by five partners, who vary as time goes on. I’ve had the pleasure of being one of the partners for almost 10 years. With so many partners, the airplane flies a lot; more than 200 hours in an average year. That’s good because the engine doesn’t sit and rust. On the other hand, all that flying puts a lot of wear on the airframe, interior and paint.

For quite a while now, the partners have agreed that we ought to do a restoration—painting the airplane, redoing the interior and fixing a lot of minor problems that have built up over the years. Fortunately, everyone’s in a financial position to afford this. We kept putting the painting off, in part because of something Shane Cooper (a mechanic at Pacific Aircraft Service) told me. He noted that the bladder-type fuel cells in our airplane were due for replacement and “You don’t want to paint the airplane and then have to open it up to get the bladders out.” 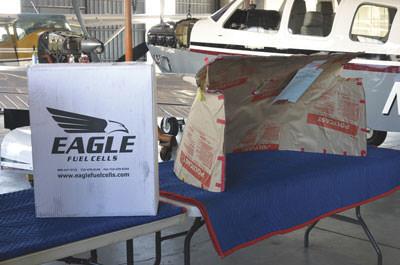 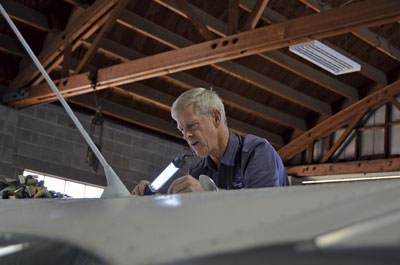 A few days after Christmas last year, one of our partners opened the hangar to find our Skylane’s right main tire flat and fuel all over the floor. Fuel had leaked out along the length of the wing, staining the aileron hinges blue. He contacted Pacific Aircraft, and we all thought at first that the right fuel bladder was cracked. It turned out to be due to a leak at the fuel filler neck on that side, but it was enough of a warning to get our attention. Next time it could be a bad fuel bladder and it might not be kind enough to fail at our home airport.

Now, decisions had to be made: where and when to have the replacement done, and where to get the parts? The first two questions had easy answers. Shane, Paul Kline and their boss Dick Braner at Pacific have been taking care of N4696K for the entire time it has been on the field at Modesto. They aren’t the least expensive place to get work done, but they are among the most thorough. After consulting with Dick, we decided to hold off until our annual inspection, when the airplane would be at Pacific for an extended period anyway.

As for where to get the new bladders and other parts, I took advantage of my membership in Cessna Flyer Association and called parts-locating guru Kent Dellenbusch. He gave us some options and we decided on Eagle Fuel Cells. Our mechanics had no previous experience with them but were happy to give them a try. 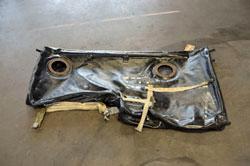 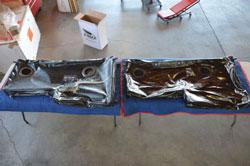 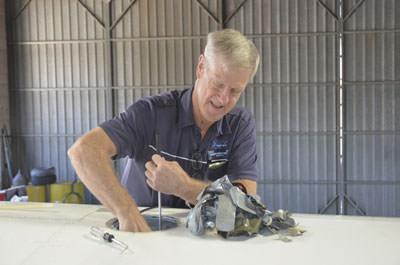 What follows is a journal based on notes I took at the time. Bear in mind that other work was being done as well; it didn’t take a full month’s worth of work to do the fuel cells!

July 23: N4696K was flown to warm the engine oil and delivered to Pacific, where the annual inspection began.

July 26: Bladders were unpacked, with a first reaction from an impressed Shane after looking at the large roll of cavity tape: “That’s worth hundreds of dollars by itself!” I did not fully appreciate this until later, when Paul pulled a huge ball of old duct tape out of each wing. The tape used at the Cessna factory was not available the last time the bladders were replaced, so duct tape was used to cover all rivets and overlapping metal joints in contact with the fuel bladders.

When the new bladders were unpacked, we found a clearly-printed set of helpful hints. These tips covered inspection (including how to find the area where a fuel cell may have leaked), removal, installation and maximizing fuel cell life.

While the full list of tips is too detailed to reproduce here, two points are worth noting. Ground the airplane whenever dealing with fuel cells or any other fuel system component. Per the tips, “When working with fuel, static is your enemy!”

Also, warmth helps. Eagle does not recommend trying to remove tanks at temperatures below 70 F because the material will be stiff, and notes that a warm cloth can help when taking off tubing. That wasn’t a problem on a hot July day in Modesto!

July 27: I was present as Paul pulled out the right fuel cell. Fuel had been drained the day before, and by the time I arrived he had the snaps undone and the bladder rolled up in the wing. The whole plane shook a couple of times as he pulled. After getting the old bladder out, he told me we’d made a good decision. He saw signs of minor leakage that would only have gotten worse.

With both cells removed, Paul spent an extended period with a flashlight, reaching in through the inspection ports to pull out the old tape. He pulled out enough to make a very impressive (if ugly) ball.

July 28: New cavity tape was used to cover all exposed rivets, metal-to-metal joints and other areas that could damage the new cells in both tanks.

Paul also showed me the new fuel drains/test ports and covers. These replaced ones that were installed years ago. The original factory fuel bladders were prone to developing wrinkles, which could trap water, preventing it from coming out of the original fuel drains. That issue resulted in a Cessna Service Bulletin (and an FAA Airworthiness Directive) requiring the so-called “rock-and-roll preflight,” in which you were supposed to hold the tail of the aircraft down and rock the wings to make sure any water got out of wrinkled areas and showed up in the test ports. A later Service Bulletin superseded that requirement but required installing new fuel bladders with the test ports moved a few inches to a location that was not affected by wrinkling. Eagle’s fuel bladders are designed not to wrinkle, and they move the port back to its original location.

Paul pointed out a major advantage of Eagle’s STC’d fuel drains/test ports. They use a cartridge design and can be easily serviced, unlike factory ports that must be completely removed. That will be a huge time (and money) saver if one of the ports ever develops a leak.

Aug. 1: Paul had new fuel bladders rolled up and ready for installation when I arrived. They went in much more easily than the old ones came out!

Aug. 11: After a delay for unrelated work, Paul was ready to finish the job, installing new fuel floats and transmitters (fuel senders). 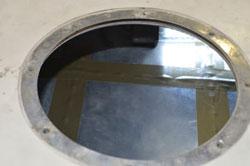 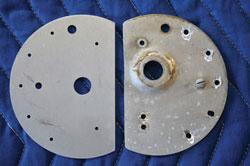 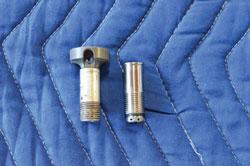 The annual (with other modifications) was completed about one week later.

The partner who originally found fuel leaking did a thorough job of checking the new fuel senders to see how they matched up against the indication on the original fuel gauges, starting with empty fuel tanks and adding 5 gallons at a time on each side.

The result was about what you’d expect. If the gauges say full, they are full. Half full, ditto. But don’t make any bets on them as you get close to empty. We have a digital engine monitor with a fuel totalizer, so I don’t rely on the old gauges all that much anyway.

Since then the airplane has flown over 20 hours with no evidence of any leaking or other problems. Pacific Aircraft Service owner Dick Braner was impressed by the high quality of Eagle’s product. He said, “They make really nice fuel cells and provide a complete install kit. The only thing they didn’t supply was vent hoses.”

Eagle’s website has a wealth of information that may be of interest to Cessna owners contemplating a fuel cell replacement. In addition to new cells, Eagle offers repair services on old fuel cells, guidance on which cells may or may not be repairable, background information on what bladder-type cells are made of, issues with fuel cells in particular aircraft, tips for inspecting cells when a leak is found (or suspected) and tips for removing old cells and installing new ones.

The website also has tips for getting the longest life out of the fuel cells you have. Among other things, Eagle suggests keeping the fuel cells full, rocking the wings of parked aircraft to wet the upper half of the cells and removing/preserving cells when aircraft will be stored for extended periods. The company strongly recommends against using auto fuel: “It is not very stable and the high quantity of chemicals in the fuel is harsh on rubber... If auto fuel is used, do not let it stand for long periods of time and inspect all rubber fuel system components frequently.” 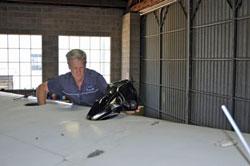 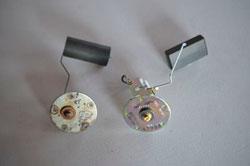 John D. Ruley is an instrument-rated private pilot and aircraft co-owner. Send questions or comments to .