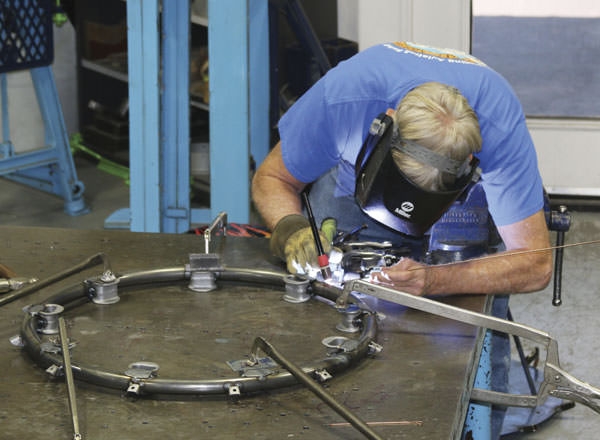 The engine mount represents a crucial link between your engine and airframe, and should be treated as a mission-critical accessory. STEVE ELLS visited Loree Air, an FAA-certified repair station, for insight into the engine mount repair process.

I've found no evidence that my engine mount—that web of steel tubes that supports the engine and nosegear on my 1960 airframe—had ever been overhauled or recertified.

It seems a bit hard to believe. After all, it’s been bolted onto my airplane for 57 years. You’d think one mechanic or owner along the way would question whether the mount had suffered the ravages of time or had any issues. But like I said, when I started digging in the logs, I found no maintenance record entry that showed it had ever received specific attention.

I recently discovered a cracked tube, and when I scrubbed it with a wire brush, I found a gaping hole—the tube had rusted through from the inside. I removed the welded steel mount in order to send it in for repair and recertification.

As it turned out, the tube with the rusted spot was only one of seven tubes that had to be replaced. I had no idea the mount was in such bad shape!

What engine mounts are made of

SAE grade 4130 steel, also known as chrome-moly, is a through-hardened chromium-molybdenum steel alloy that is used in the light airplane industry where light, strong tubing is needed. It’s strong for its weight, easy to work, easy to weld and provides a good cost-to-strength ratio.

I needed 4 feet of 5/8-inch tube and 68 inches of 3/4-inch tube to repair my mount, before it could be recertified as airworthy. The materials cost was less than $50 at retail prices.

A chrome-moly steel mount is a sweet piece of engineering. My refurbished engine mount (as delivered to me) weighs 15 pounds, 11 ounces; yet it is strong enough to support the aircraft’s Lycoming O-360 engine (258 pounds), a Hartzell two-bladed propeller (51 pounds) and support and endure the shocks suffered by my retractable nosegear.

Removing and sending the mount out for repairs

After I found the hole in the lower right tube, I removed the engine and nose landing gear assembly. Removing parts, like the demolition phase of a room remodel, always goes quickly. In this case, I knew I needed to label and sort the parts and engine accessories because it was going to be almost two months before I was going to be reinstalling the engine and nosegear.

One trick I’ve used for years when removing an engine or other assembly is to take photos of everything before picking up the wrenches. When I first heard of this photo trick, shops were using Polaroid cameras. Today, a cell phone and/or tablet is more than sufficient.

One of the decisions that I pored over was where to send the mount for repair and recertification. I wanted an FAA-certified repair station that had the capabilities to repair and recertify my mount. My favorite internet search engine turned up four options. They were, in alphabetical order: Acorn Welding Ltd., Aero Fabricators (a division of Wag-Aero), Aerospace Welding Minneapolis and Loree Air, Inc. and I have no doubt that there are others.

I also searched for a used, serviceable mount. I found one on the East Coast and negotiated what I thought was a good price—but after learning that it would take more than $500 to ship it to me on the West Coast, the deal fell through.

Obviously, the cost of shipping a mount, as well as how to ship a mount, must be considered. Companies told me that the most common method is to bolt the mount to a piece of stout plywood, then either build a wooden or cardboard box around it for shipping by UPS or FedEx; or to bolt the mount to a pallet and ship it as truck freight. Since the repair facility has no control over handling after it leaves their possession, it’s critical to create a shipping container that protects the mount during shipping.

CFA supporter Aero Fabricators quoted me $1,400, which included changing up to 10 tubes, and told me the turnaround time was two to three weeks. Aerospace Welding quoted a price of more than $2,500.

Another CFA supporter, Acorn Welding, was unable to estimate their cost over the phone, but Paul Gyrko, head of sales, took the time to answer my questions and explain the full process when I called for information. (Acorn Welding also sells new engine mounts for certain Cessna 180/185 and 182 models. —Ed.)

Steve Loree, Jr. at Loree Air told me that the cost to inspect, repair, normalize, paint and certify my mount would be $1,700, with any additional work costing more, up to a maximum of $2,100. Loree also warned me the company had a five-week backlog.

Given that Loree Air was only 278 road miles away from my home base—while the other three were all over 1,800 road miles away—and that I had good reports from friends that had used them, I decided to use the five-week window for other tasks and took my mount to Loree.

After a friend offered to fly me up to Placerville to drop off the mount, I packed my sad old mount in the back of my buddy’s aircraft and flew it up to the Placerville, California airport (KPVF) where I left it with Nicole, who runs the office.

Steve Jr. called on a Tuesday in late June to tell me that, after cleaning and sandblasting all the paint off my mount, a thorough inspection revealed some surface damage to the exterior of a couple of tubes; bends in two tubes; and more tubes that showed evidence of internal rust.

I asked him if it was OK if I drove to the shop once my mount was finished; I wanted to hang around and ask a lot of questions about mount damage and repairs. I figured this was an opportunity to pick up some hints and tips that a mechanic in the field could use to determine if a welded steel tube engine mount or landing gear support structure was airworthy. He said that would be fine.

Five weeks later I got the call; the repaired mount was ready.

I arrived at Loree Air at 10:30 Monday morning. I met the entire staff: Steve Sr., Steve Jr. and Nicole (who is married to Steve Jr.). I was also sniffed up and down by Layla, the small four-legged office assistant and guard dog.

Seeing the need for a certified aircraft welding shop in California and wishing to steer his own path, Steve Sr. opened Loree Air in 1992 in a small shop in the Swansboro Country neighborhood in the foothills east of Sacramento, near Placerville.

In 2011, Steve Jr. joined his father in the business. They decided that since the shop needed to grow in order to support two families, it was time to expand. To do so, Steve Jr. said, “I think we need a website,” but Steve Sr. wondered if it was necessary. Word-of-mouth advertising had been effective and the company had all the work it could handle. But Steve Sr. yielded, and today you can visit Loree Air online at LoreeAir.com.

After consistent growth—thanks to the website—the Steves decided to move the company to a small warehouse and shop in Diamond Springs, another community near Placerville.

With the help of many friends and family members, they planned and built a shop to fit the company’s needs.

There had to be a large sandblast booth to clean mounts. There had to be a paint booth. There had to be an area for grinding and smoothing metal. The shop needed an area where mounts were put into jigs for alignment and buildup. A screened area was required for welding. A separate office and customer reception area were part of the plan as well.

While I had opted to take my mount to Loree Air for repair, the company does stock repaired and certified mounts for some popular aircraft.

The Steves spent some time describing why my engine mount rusted out and passed on tips for determining if a welded steel engine mount is airworthy.

Loree told me that the most common problem they see on Cessna welded steel mounts is corrosion on Cessna 180 and 182 mounts due to the proximity to the left and right exhaust manifolds. Loree has developed a FAA-approved heat shield designed to prevent extreme exhaust heat from affecting the forward section of the main support tubes and the diagonal tubes.

I was also told that it’s common to see cracking in the 172 engine mount’s cross tube.

I asked the Steves for tips to help field mechanics determine if the welded steel mounts they inspect are airworthy. They said one test is to use an automatic center punch to put a small dent in the end of a tube that is believed to be unaffected by internal corrosion and compare that to the dent when the punch is used on the part of the tube that is suspected to be corroded. Usually this means comparing the dent at the highest part of the tube near a weld cluster to a dent in the lowest part of the tube.

Any difference in the depths of the two dents is clear evidence the lower end of the tube has been weakened by internal corrosion.

While at the Loree shop, I also saw tubes that were dented during installation and removal by sloppy tool handling; and tubes that had been scratched or scored by abrasion.

Since these tubes are so thin, what may at first appear to be negligible damage usually needs attention. “Our standard for repair is 10 percent of the tube thickness,” said Loree.

One thing Loree was adamant about is avoiding the use of plastic tie-wraps (i.e., zip ties) to secure anything to a welded steel mount. He has seen it again and again: plastic tie-wraps will wear a welded steel mount tube faster than a pilot heads to a restroom after a cross-country flight. It takes longer to install properly-sized Adel clamps, but they are the only clamping device Loree wants used on an engine mount.

You and your mount

I was surprised to hear Steve Sr. say that in all his years repairing mounts he had seen very few engine mounts pass through his shop that needed no repairs.

I was also surprised when my mount needed seven tubes replaced.

Then I saw pictures of the inside of those tubes. They were all rusted to one degree or another. I believe good fortune was smiling on me when I found the crack that lead me to remove my mount to send it for repair.

Based on what I learned and saw, I recommend that owners send their engine mounts to a certified mount repair shop to get inspected, repaired-as-necessary and recertified whenever their engine is removed for overhaul. 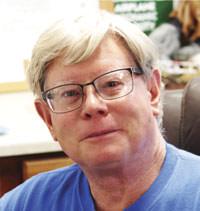 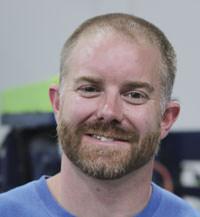 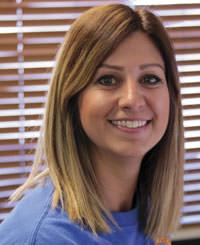 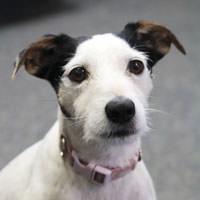