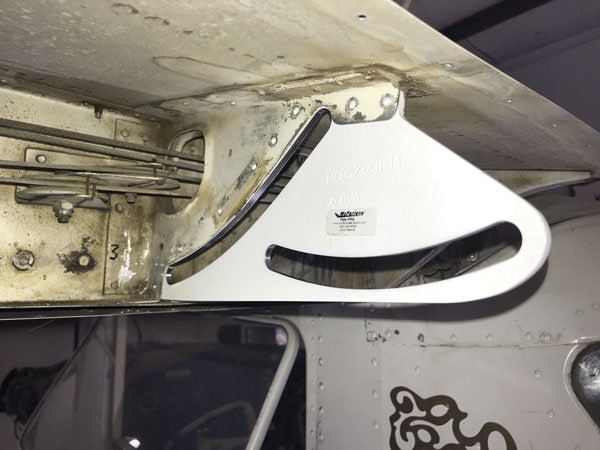 Cessna flap tracks eventually wear out, and when they do, it’s an airworthiness issue. Here’s how STEVE ELLS changed four flap supports, more commonly known as flap tracks, on a Cessna 150. 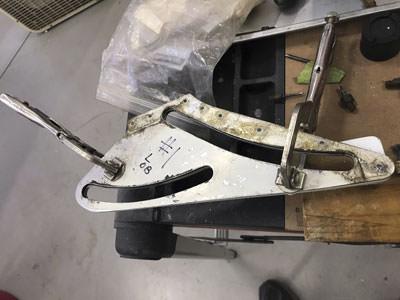 The initial inspection in the bulletin wants owners to check the flap tracks for damage such as wear, gouges and cracks; and for security of attachment. It also mandates the installation of special stainless steel washers on the inner and outer side of the forward flap rollers. These washers protect the flap supports from wear.

If the initial inspection shows that the tracks and rollers are in good shape, all that’s required is the installation of the special washers—Cessna Part No. S1450-3S10-032—which have a $2.99 list price.

Any gouges can be polished out, providing the metal removed doesn’t exceed 0.020 inches in depth.

Often, due to improper lubrication, dirt and other contamination between the tracks and rollers, the slots in the flap track eventually become oversized. A track is worn out if either slot in the track is wider than 0.6035 inches.

McFarlane Aviation makes an easy-to-use gauge (McFarlane Part No. 950; cost $41.21) to determine if the flap track slots are worn beyond the 0.6035-inch limit. The following paragraph from the McFarlane website describes the wear process:

Instead of wearing the metal away, the metal at the edges of the track slots gets displaced. This displacement is often called “mushrooming.”

Assessing the flap tracks and getting the parts

It took longer than we thought it would.

Our inspection showed mushrooming on all four flap tracks and accelerated wear where the flap rollers bore in the tracks at the 20-degree flap extension spot. The tracks were worn out.

The trusty 150 had an airframe total time of 5,788.5 hours, and the flap tracks had never been changed. The flaps—manually operated in this 150—could still be deployed and retracted at will, but there were obvious signs of wear.

There’s no doubt that some of the wear was due to the fact the 150 had spent the last few years of its life pulling gliders and sailplanes aloft with the flaps at 20 degrees during high-power tow operations at best rate-of-climb airspeeds.

Previously Martin had replaced the rollers and the associated bushings and washers by installing McFarlane Aviation’s Flap Roller Upgrade Kit (Part No. FLP-KT-1U). This kit includes the special washers called out in SEB 95-3 R1, and all the parts needed to replace all the existing flap rollers and hardware. The roller kit for our 150 cost $476.74. (McFarlane has also developed roller upgrade kits for other Cessnas that cost between $475 and $715, depending on the airplane. —Ed.)

We needed four new tracks. Again, McFarlane Aviation was the place to go. Not only did its FAA PMA tracks have improvements over the original tracks, they were markedly less expensive.

We bought four MC0523231-14 flap tracks at a price of $237.15 each, for a total of $948.60. The McFarlane tracks are made of material that is an improvement over the original tracks. According to McFarlane, its tracks are 20 percent stronger which translates to six times the fatigue strength. They’re also a lot less expensive than the Cessna parts which retail for over $600 each. 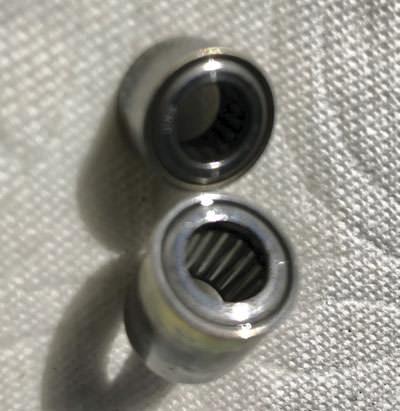 There’s no easy way to remove a flap track. First, the flaps must be removed; then all the upper and lower rivets that hold the flap cove sheet metal in place must be carefully drilled out. This exposes the bracketry that secures the flap tracks.

Each flap track for our C-150 is secured by 9 1/8-inch diameter AN470AD-4 rivets. We drilled those out and removed the tracks. On the workbench we aligned the old and new tracks by running a roller back and forth in the slots when the tracks were clamped loosely together.

Once the roller moved smoothly, the clamps were tightened. Then, using the old tracks as drill guides, holes were drilled in the new tracks. 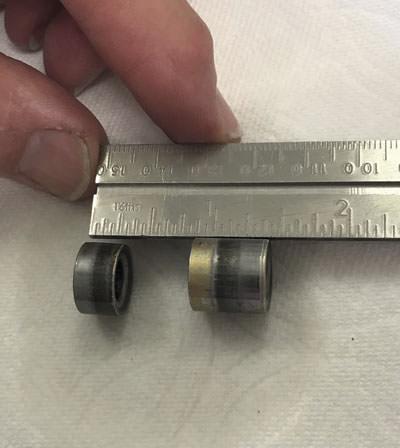 After sliding the new tracks into position in the supports, we installed and bucked new rivets.

Following the installation, Martin and I riveted the flap cove sheet metal back in place and installed the flaps after we had cleaned and lubricated the needle bearings in each roller with grease.

There are no specific instructions in many Cessna single engine maintenance manuals about the proper lubrication of flap rollers. The rollers in the McFarlane upgrade kit roll on needle bearings, which should be removed, cleaned and greased periodically.

McFarlane also has a flap roller installation tool (McFarlane Part No. 970; cost $37.32) that makes it easy to align the rollers. It’s very helpful when working through the small access holes in the flap when installing the aft flap rollers. 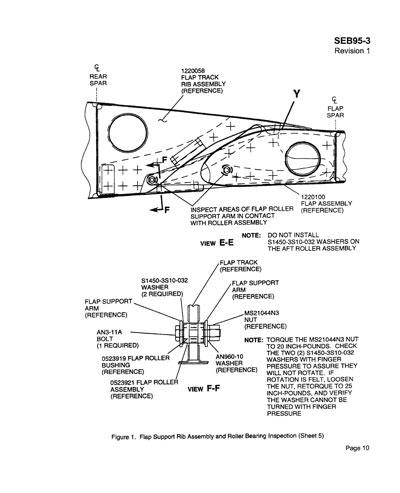 The flap actuating cables from the manual flap handle are routed aft from the handle to four pulleys located in the belly of the airplane. The cables turn 90 degrees at pulleys; two cables are routed to the left flap and two to the right flap.

In our 150 project, the flap cable tension rigging was complicated by four worn pulleys. Martin and I decided to change the pulleys (Cessna Part No. S378-2) in the belly due to wear in the pulley grooves.

At the end of the job, the tracks were stronger; the needle bearings in the rollers were properly lubricated; the pulleys in the system were pivoting on their bearings; and the flap cable tensions were correct. We felt that the flap system was now in better-than-new shape.

The parts costs totaled $1,654. Labor man-hours added up to 48. That may seem like a lot of money to spend on a flap system that seemed to be working, but according to the manufacturer, the tracks were worn out. To maintain airworthiness, they needed to be changed. The entire flap system in this hard-working 150 is again airworthy.