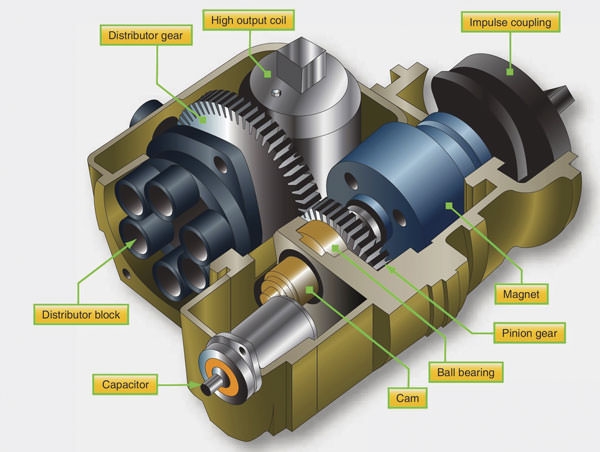 Understanding magnetos and manufacturer recommendations for maintenance can help ensure your safety.

The following is an excerpt from Bill Ross’ book “Engine Management 101.” Published by Superior Air Parts Inc., this book is a compilation of what Bill has learned during his 35-plus years of experience as a pilot, aircraft owner, piston aircraft engine industry leader and FAA A&P/IA.

Although the basic magneto has provided very reliable service to aircraft operators for over 100 years, it’s still a very misunderstood part of your engine. For example, while many owner-pilots think it needs the aircraft’s battery to operate, the fact is your magneto is a self-contained unit capable of full functionality that is independent of the aircraft’s electrical system.

There is no battery power required to start or sustain an aircraft magneto operation. Oh, there are a few that would say, “Without the battery (to turn the starter), the magneto is not able to function.”

Obviously, they did not grow up on our airport in South Alabama where hand propping was the normal procedure. Many of the aircraft that I cut my proverbial pilot’s teeth on had, and still have, no electrical system. Therefore, the only way to start the engine was the “Armstrong Method.”

The basic aircraft magneto uses a strong rotating magnet inside a coil. There is a voltage produced in this primary coil, which is then stepped up even higher in a secondary coil. This is achieved by having more windings in the secondary coil than in the primary. The increase in voltage is enough to excite the spark plugs to then spark-ignite the fuel/air mixture for combustion.

While the magneto is very reliable and robust, it is intolerant of neglect or abuse. This article is not intended to make you an expert on magneto theory, function and maintenance but should prove helpful in understanding the periodic maintenance recommendations by the respective manufacturers. As pilots and owners, if we understand these recommendations and why they are important to safety, we can ensure our maintenance provider is correctly following them.

The magneto check is one of the first things we learn as student pilots. Run the engine up to a specific rpm and switch to the right mag, then the left. If you see a “suitable” drop in the engine’s rpm, you’re good to go. Or are you?

One of my first jobs as a pilot (besides flight instruction) was flying charter in various piston-powered aircraft. Oftentimes, we were paired with another pilot because we had a contract with the Army Corps of Engineers, and the rules required two pilots even if we were in a Beech Baron with a single yoke.

We had another pilot on our staff named Charlie. Charlie and I flew a lot together, and he taught me a lot about flying and engine operations. He was in the first class of flying sergeants to graduate from Columbus, Mississippi, during the onset of World War II.

During his career, he flew B-25 bombers and then had a 34-year career as a captain with Pan Am. Anyway, early on in our flying partnership, he told me the funniest story about magneto checks. When he was in primary training and just about ready to solo the Stearman, he would watch the instructor reach up and move the ignition switch back and forth and notice a little rpm drop on the engine.

For each and every flight, he would watch in confusion as to why the instructor went through this ritual. Was it superstition, an ode to the flying spirits, or nervousness on the part of the instructor? Whatever the reason, our friend Charlie had no idea why the Army Air Corps instructor repeated this odd ritual.

So when it came time for him to solo, Charlie reached up and did the same pre-takeoff ignition ritual as the instructor.

It wasn’t until after he soloed that his instructor covered magneto checks in ground school. Remember, this was a civilian/government contractor after all, and well, sometimes they do things a bit odd.

The point here is even today, with all the information available about runup mag checks, do we still get caught up in the ritual and not really look at the health of the ignition system as a whole? No doubt we all do.

Does the mag drop really mean anything?

After many years and thousands of hours in the left seat, I’ve learned that simply having an “acceptable magneto drop” during engine runup is not necessarily a good indicator of the overall health of your magneto system. Even if the drop is only 50 rpm, there are many issues that could well be lurking inside the magneto that are just waiting to come out and cause problems.

During my career as an A&P, I have personally performed analytical inspections on many engines that were destroyed due to improper, or an overall lack of, magneto maintenance.

Yes, I know there are many “experts” in the General Aviation industry professing that you can learn everything about the health of your magneto by simply performing a lean of peak test while in flight.

I also hear a lot of talk about how today’s sophisticated engine monitors are capable of detecting imminent ignition system issues. While to some degree this can be true—such as determining spark plug performance, spark plug lead and minor magneto issues—even the best engine monitor is not capable of predicting the future.

Contrary to the opinions of many, a lean of peak magneto test or engine monitor cannot predict some of the serious issues I have witnessed with ignition systems. These include worn or fractured gear teeth, lubrication distress, cracked housings—the list goes on and on. While a magneto problem may not seem too serious, believe me, it can be disastrous.

There are very specific maintenance checks recommended by the manufacturer that are extremely important to both the safety and reliability of the engine and aircraft.

The problem is most aircraft owners, and some mechanics, are not aware that these recommendations even exist. For example, manufacturers of both the Bendix-style and Slick magnetos “recommend” a 500-hour inspection for their units.

Personally, I know very few owners that actually know of, and fewer who actually comply with, this recommendation.

Therefore, if a Bendix-style magneto has been on the shelf for three years and is then installed on an engine, it only has two-year useful life remaining before recommended overhaul. Again, this is a recommendation, but following it can be beneficial to ensure system reliability and flight safety.

Why do these particular units have this type of recommendation? Magnetos that sit on the shelf can be severely damaged by corrosive attack due to inactivity. Conversely, magnetos that have been in service for a period of time can become worn due to contamination and operation. Magnetos that house excessive dirt and electrolytic debris are prime candidates to ruin your day.

Oh, they may check fine on the ground during runup, but they may well have internal issues that will show up during your flight. Some scenarios could be cross-tracking of the spark within the distributor block. If the spark reaches the incorrect pole, a preignition event can occur leading to detonation and engine failure. Cracks in the distributor drive gear can lead to fracture of the gear and stop the distribution of spark to different cylinders.

Even though I wish they could, engine monitors cannot predict events like these. Like with many parts of your aircraft and engine, the only way to help keep issues like these from ruining your day is to follow manufacturer’s recommended maintenance, inspection and replacement intervals.

Think about it: We routinely change oil in the engine, but we don’t change oil in our magnetos even though the manufacturer says we should. Why is that?

During the typical 500-hour engine inspection, the maintenance provider should disassemble, clean and inspect the magneto internal parts. At the same time, the breaker points and condenser are normally replaced and the magneto is lubricated. Inspection of the gears for cracks or abnormal wear is very important to the function of the magneto and health of the engine.

In addition, the impulse coupling (if equipped) is inspected for excessive wear and correct functionality. The impulse couplings are a spring-loaded component that aids in engine starting by accelerating the rotating magnet and retarding the timing.

Having an impulse coupling that is not functioning properly can lead to the engine firing in full advance timing and thus lead to a kickback during starting. Kickbacks can wreck your starter and severely damage engine components.

After inspection, the magneto is reassembled, tested and installed back on the engine. Next, the magneto-to-engine timing is set in accordance with the engine manufacturer’s instructions and specifications.

The best advice to help you get the most out of your engines and components is to simply follow the manufacturer’s recommendations for continued airworthiness.

Bill Ross is a graduate from the University of South Alabama and was employed by Continental Motors for 15 years holding positions in engineering, analytical, air safety and technical product support. Ross is now Vice President of Product Support for Superior Air Parts and committed to the company goal of making flying affordable. When not working at Superior, Ross can be often found flying his family’s 1941 Boeing Stearman, working on antique aircraft or exposing young people to the joys of flight and potential careers in aviation. Send questions or comments to .