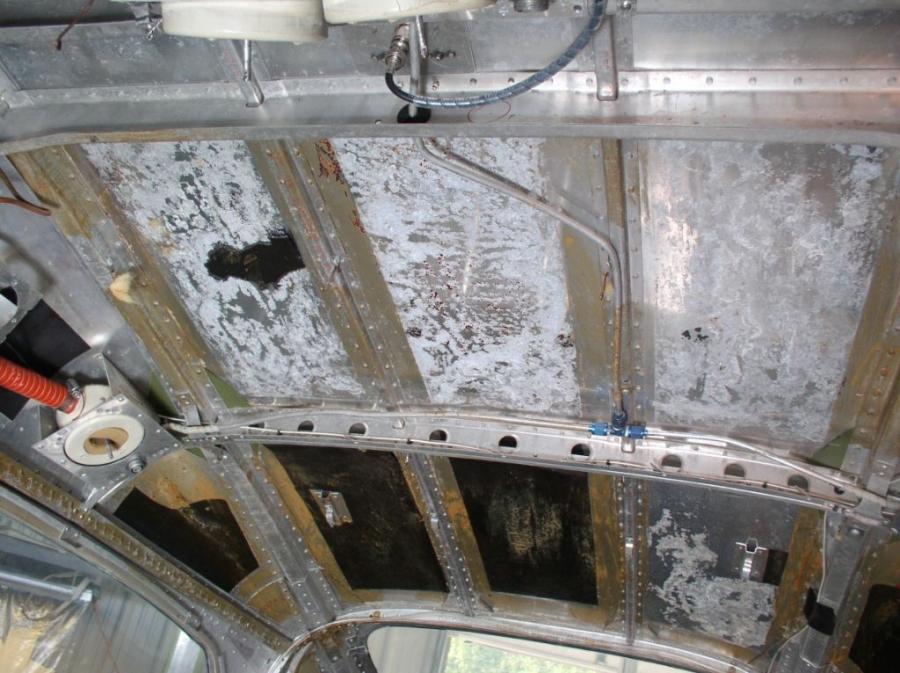 I'm considering becoming a partner in what looks like a pretty nice 1966 Cessna 182 but I'm concerned about corrosion in the airframe. I seem to remember that Cessna didn't apply any paint or even any primer to the insides of their single engine airplanes. Is that right?

I've owned boats and know that it's possible to run an aluminum boat in saltwater if it's the right alloy. Is the aluminum alloy used in airplanes a corrosion-resistant alloy?

When I'm looking for corrosion, where should I look? And what can be done if I find it?

First off, I have to say that that a vintage Cessna 182 is a very capable airplane. It's often been said that the 182 does more things better than any other one airplane. In other words, its has good (but not great) short takeoff and landing performance; it exhibits good (but not great) performance numbers; it's very stable, which means it's a very good instrument platform; and Cessna built thousands of 182s, so it's not hard to find a mechanic that knows the breed.

In spite of all these plusses, there are minuses, too—and you pointed out one of the most glaring. The likelihood of airframe corrosion is real and must be accounted for when buying a Cessna or when—like you're planning—buying into one.

The aluminum alloy used in almost every light airplane is 2024-T3. The most common thicknesses used are 0.020 in., 0.032 in., and in some aircraft, 0.040 in. The alloying elements of 4.2 percent copper, 0.5 percent manganese and 1.5 percent magnesium produce an alloy with good tensile and shearing strengths; this alloy is used because it's strong and because it's easy to work, but it's not very corrosion resistant.

Pure aluminum is very resistant to corrosion. However, since the cladding layer is so very thin (only 0.0016 in. thick on each side of a typical metal thickness of 0.032 in.) and so soft, this isn't a bulletproof guard against corrosion.

If I were buying a Cessna single and wanted to get a quick idea of the state of corrosion on the airframe, I would look at the cabin skin above the headliner and on the left and right fuselage skins forward of the doors.

Corrosion is an electrolytic process and all that's required to activate this process is the presence of water. The aluminum of the roof of the cabin is rarely inspected during annuals or other maintenance; therefore, it's a very good indicator of the state of corrosion on every single engine Cessna airframe.

Water vapor in the atmosphere is one source of moisture. That's the reason airplanes that live in the desert or dry climates aren't as likely to suffer from corrosion damage.

The rear cabin window leaks in most every Cessna 182. When 182s are left outside during a rainstorm the rear carpet will be wet after the rain. When the sun comes out it streams in that same window, the cabin heats up and the water evaporates only to condense on the upper fuselage skin.

Cessna installed blankets of fiberglass insulation between the headliner and the upper fuselage skin. These insulation blankets, although not capable of absorbing water, must be removed to inspect the skin for corrosion.

Top-notch interior shops such as AirMod in Batavia, Ohio, and field technicians, began to discover what appeared to be excessive corrosion under the lead vinyl panels Cessna applied to cabin interior skins. Later it was found that the glue used to attach these panels absorbed water. The lead vinyl pads weren't affected by the presence of moisture, but the aluminum was. In some instances the corrosion progressed so far it ate right through the skin.

To inspect this area, pull the interior side panels forward of the doors. If you see blackish-gray panels, you're looking at the lead vinyl pads. Grab an edge and pull. If you don't see any white powder creeping out from the edges of the panels and the panels are not loose, you're probably okay. Cessna has noted that the panels are strictly for sound deadening and provide no structural advantage and so do not need to be replaced.

This bulletin also details the glue and a new sound deadening material to use if new panels are being installed.

Corrosion evaluation is somewhat subjective. An experienced mechanic stationed in Florida or on the Gulf Coast would probably be less alarmed by surface corrosion than a mechanic who works in Utah, Arizona or New Mexico.

Look in the places I've suggested. Here's hoping the aluminum is so corrosion-free you see your smiling face reflected back at you. 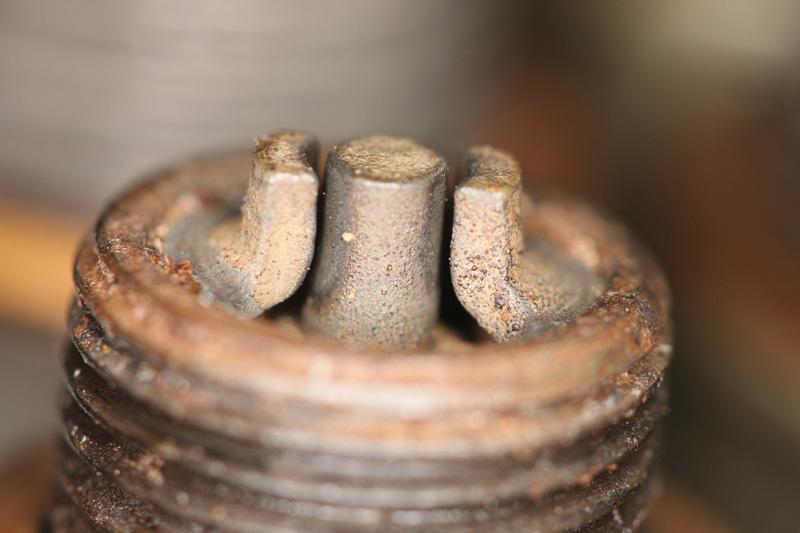 I fly a real nice Cessna 182 but I'm having trouble with lead-fouled spark plugs. They stay clean for quite a while but then—usually on a flight I really need to make, or one that I'm looking forward to—I'll get a bad mag drop of around 200 rpm.

I've been taught how to "burn out" the lead, but I'm think that's a pain—and its sure doesn't impress my non-aviation business partners that are already a little leery of riding in small airplanes.

Can you suggest some ways to eliminate, or at least cut down, on lead fouling?

—Shaking at the Runup

I, too, have had lead-fouled plugs get in the way of making a flight. Already-nervous and/or newbie passengers don't like the increased noise and the sensation of having the airplane jump and buck as the pilot runs the engine up to high power in an attempt to burn the plug clean. Of course, the cursing also tends to also create stress.

Today's 100LL is in reality 100VLL (very low lead), so troubles with lead fouling should be decreasing. One day we will have a fuel with no lead.

There are a couple of things you can do. You should lean aggressively during taxi. The additive in Avgas that helps scavenge the lead in the fuel doesn't do much until the combustion temperatures get up to around 1,400 degrees F. In other words, it doesn't work at idle. Leaning the mixture will reduce the amount of fuel-borne lead that's looking for a place—like a spark plug—to land.

Secondly, you can start adding the proper proportion of Alcor's TCP Fuel Treatment—an FAA-approved product that lessens lead fouling. According to Alcor, TCP chemically converts lead to lead phosphate which is less conductive, thereby reducing lead fouling. Lots of users swear by it. TCP has been on the market since 1977.

If these procedures don't do the trick, there's one more thing you can try.

When Cessna introduced the C-152 it had a terrible lead fouling problem. It was lessened after a special spark plug with an extended electrode (Champion REM37BY) was introduced.

Lycoming issued Service Letter 192 addresses this issue with the following suggestions: 1) after start, operate at 1,000 to 1,200 rpm; 2) make sure idle speed and mixtures are correctly set; and 3) prior to shut down run the engine rpm up to 1,800 for approximately 15 to 20 seconds before reducing the rpm to 1,000–1200 and pulling the mixture aft to shut down the engine.

Although I've cited Lycoming service information, the same procedures will work to lessen lead fouling in your Continental engine.

Steve Ells has been an A&P/IA for 39 years and is a commercial pilot with instrument and multi-engine ratings. Ells also loves utility and bush-style airplanes and operations. He's a former tech rep and editor for Cessna Pilots Association and served as associate editor for AOPA Pilot until 2008. Ells is the owner of Ells Aviation (EllsAviation.com) and lives in Paso Robles, Calif. with his wife Audrey. Send questions and comments to .