I Found This in My Oil 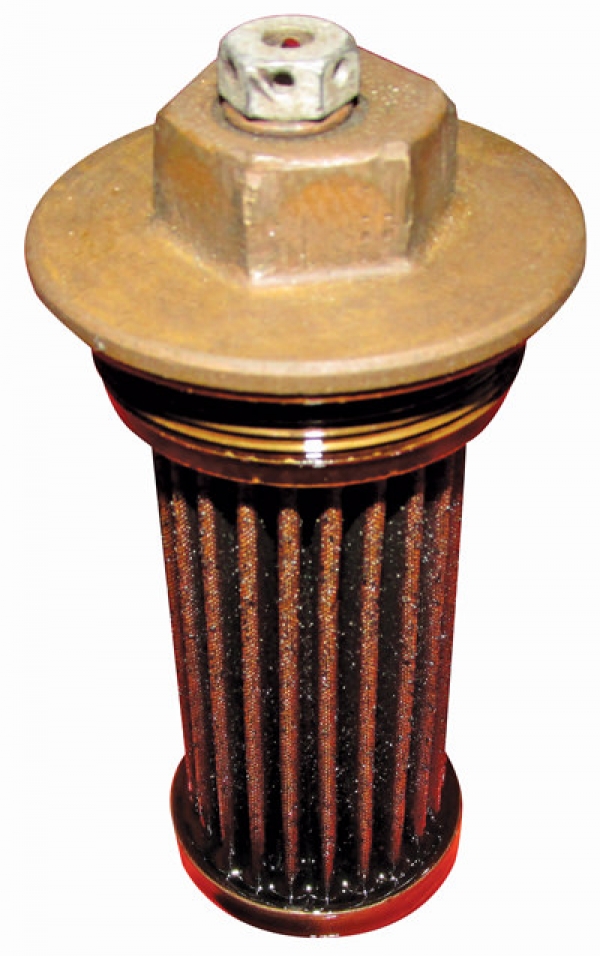 What is, and what isn’t, typical.

Engine oil has several functions. Its primary purpose is to reduce friction and wear of internal parts by preventing metal-to-metal contact. Oil also helps to coat the bare steel internal surfaces and prevent corrosion inside the engine.

It performs several other functions, too. First, the oil system provides some cooling for the engine. Circulating oil distributes heat by cooling the hotter sections and warming the colder sections; it eliminates part of this heat through the oil cooler.

The oil system also cleans the engine, as it suspends various particles of metal, silica, combustion by-products and other contaminants, then deposits them in the filter or screen.

Regular interval oil changes are one of the single most important things an airplane owner can do to help ensure lengthy and trouble free service from his or her engine. In addition to being excellent preventive maintenance, the oil change also provides a golden opportunity to get a diagnosis of the internal health of the engine.

The examination of the removed oil, the sump screen and especially the oil filter or engine screen, can reveals a great deal about any internal engine wear or malfunctions that have occurred in the hours of operation since the last oil change.

The removed filter should be treated as evidence, and drained into a small clean container, such as an empty oil container that has been cut open—so that the inner contents of the filter and the removed oil can be examined for contaminants. (See photo 01 and photo 02)

The inner section of the oil filter contains a metal spool around which an accordion-style paper element is installed. The element has to be cut away from the spool with a utility knife and removed with pliers in order for it to be examined. Any tools used on the element should be clean and free of any contaminants.

Once apart, the element should be placed on a clean layer of paper towels and allowed to drain further, around eight hours or overnight. It is important to remove as much of the excess oil as possible because the leftover, wet engine oil saturating the pleats makes inspection of the contaminants more difficult and sometimes hides small areas of trapped metal particles.

If time is an issue, the element can be folded closed, wrapped in a clean shop towel or thick paper towel and compressed in a vise. This quickly removes the excess engine oil, allowing an accurate examination of the trapped particles.

Care needs to be taken to ensure that all the surfaces the removed element comes into contact with are clean and free of any metal shavings or debris. Also, it is a good idea to wear disposable gloves when handling anything with used motor oil on it to prevent direct contact with your skin.

As an alternative to squeezing or draining the excess oil from the filter pleats, some mechanics recommend rinsing the element in a clean container of Varsol or mineral spirits and then straining the rinsed contents through a clean white paper towel or coffee filter. This process helps to free virtually all of the trapped residue in the element, allowing it to be clearly inspected.

Oil filter screens are cleaned in a similar fashion by rinsing them in a container of Varsol and straining the rinsed contents through a filter. (Photos 03 and 04 on page 28 show an oil screen, and the residue removed from the screen, respectively.)

The drained element, towel, coffee filter, etc. should be taken out and carefully examined in a well-lit area, preferably in sunlight.

Carbon is usually always present in the filter element. (See photo 06, page 30.) Some carbon is normal, but large amounts of carbon in the filter/screen are usually the result of excessive blow-by past the rings. Oil that rapidly turns black soon after an oil change is also an indication of blow-by.

Carbon flakes are black and can appear shiny, but are easily distinguishable from metal. Carbon flakes found in an oil filter/screen can effortlessly be broken apart with a small pick or even between fingernails. Metal flakes will remain intact.

Suddenly-occurring or large amounts of aluminum (or bronze, if the bronze-style plugs are installed) can be a sign that the plugs have become excessively worn and need to be replaced. (See photo 08, page 30.) It can be tough to figure out which cylinder needs to be pulled because oftentimes the compression is still good since the piston pin is below the rings and the relatively soft plug metal usually doesn’t leave appreciable wear marks on the cylinder walls.

Brass-colored nonferrous slivers are usually generated from a wearing rocker arm bushing, or possibly on some engines, a starter adapter bushing. A tiny sliver or two is generally not a big deal, but regular occurrences or large amounts would merit finding out where it is coming from and fixing it.

The presence of magnetic particles can be detected with a mechanic’s magnet. Sweeping the magnet across all the pleats of the element or towel/filter, just above the surface, will generally pull and reveal most of the magnetic debris. (See photo 09, page 30.)

Common contaminants consist of bits of carbon, silica or dust particles that have been ingested by getting through a leaky air filter intake, or a very small amount of nonferrous metal. Engines that are past the break-in period (having 50 hours or more) should not have any significant amount of visible metal.

Magnetic particles, flakes, slivers, etc. are always a cause for concern. Magnetic deposits can occur due to excessive wear or a malfunction in some component, but are most commonly caused by corrosion.

Engines that have sat without being run for extended periods of time are susceptible to corrosion formation on several of the internal steel surfaces. Once an area of rust forms, the part affected no longer has a uniform smooth surface, and subsequent use will generate metal in the oil system. Steel cylinder barrels or steel piston rings occasionally rust after a time of inactivity.

Once this begins to occur, there is no hope that the lifter and lobe will stop wearing; things will only get worse and worse with every hour of subsequent engine operation. (See photo 12, page 33.)

Eventually the worn cam lobe will cause a loss of power due to the affected valve not opening as far as it should. A problem with the camshaft and/or lifter body is a very expensive repair because the engine must be pulled and the case split to gain access to the camshaft.

The importance of engine temperatures

Also, for owners that use an electric engine oil preheater, it is best to not leave it plugged in continuously, but only for a period of time before the engine is to be operated. Most folks plug them in the night before the plane is to be flown. Leaving a preheater plugged in continuously can cause condensation to form inside the engine, especially in humid climates.

If metal (especially magnetic metal) is present in the filter, the first step in deciding what corrective action to take is to determine which part of the engine is actually producing the metal. This is where an oil filter analysis comes in handy. The filter element can be bagged and sent to an oil analysis lab to have the metal contents diagnosed to determine their source.

Generally, the results are in the form of aerospace material specification (AMS) numbers. The lab result containing all the AMS numbered metals and quantities can then be sent (generally via email) to the engine manufacturer to determine which engine sections are represented by the applicable AMS numbers. This is a great help in determining what, if any, corrective action should be taken.

Tiny amounts of engine wear occur over time as an inevitable result of the engine running. Over time, all moving components in the engine are subjected to wear. The metal generated from normal everyday wear and tear tends to be microscopic and occurs in small amounts, with little or no visible portions of it showing up in the oil filter. These microscopic particles can be detected and catalogued in an oil analysis report.

Regular interval oil analysis checks are a helpful trend-monitoring tool if they are sent in regularly. The sample needs to be taken from the old oil midstream during the draining process. Oil sample reports are useful for detecting a change. Oil sample reports should be kept so that a baseline of normal wear patterns exists. Any abnormalities can be detected as a change from the normal quantities of each type of detected material present in the oil.

As a general rule, the owner should use the same lab and operate the engine with the same type of oil. If one or the other has changed, the reports may differ a little at first, but they should become consistent again as time goes on.

Regular oil changes, along with consistent operation of the engine—at least one hour per week—will help ensure long engine life. Avoid allowing an aircraft to sit dormant for extended periods.

In addition to these consistent operating practices, regular oil analysis and oil filter inspections serve as two good opportunities to catch any problems that do manage to occur before they become catastrophic.

Jacqueline Shipe grew up in an aviation home; her dad was a flight instructor. She soloed at age 16 and went on to get her CFII and ATP certificate. Shipe also attended Kentucky Tech and obtained an airframe license. She has worked as a mechanic for the airlines and on a variety of General Aviation planes. She’s also logged over 5,000 hours of flight instruction time. Send question or comments to .