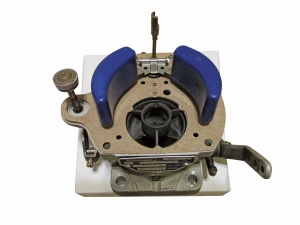 Many Cessna aircraft depend on a carburetor. Cessna Flyer contributing editor and A&P Jacqueline Shipe explains the operation of this fairly simple— and very reliable—invention.

One of the most recognized carburetor manufacturers for the GA fleet is Marvel-Schebler. The company has been around a long time, having its beginnings in the early 1900s when George Schebler and his friend Burt Pierce worked together to design the first carburetor using a tin can with a flap to regulate airflow.

They both went on to patent their designs, with Pierce calling his carburetor the “Marvel.” Both the Marvel and the Schebler designs were successful and used on a variety of engine types.

The company has since changed hands several times, being purchased and resold by Facet Aerospace Products, Zenith Fuel Systems, Precision Airmotive and the Tempest Group (who called it Volare Carburetors until it acquired the Marvel-Schebler trademark in 2010). Today, Marvel-Schebler Aircraft Carburetors LLC produces a complete line of aviation carburetors and parts.

Although Marvel-Schebler is the most recognized brand for aviation carburetors, there are other FAA approved manufacturers, including AVStar Fuel Systems in Florida.

AVStar was formed in 2007 and has gone on to become the supplier for Lycoming Engines as well as numerous individual customers. AVStar manufactures a line of carburetors as well as kits and parts for use in almost all carburetor models in the General Aviation fleet.

How a carburetor functions

Aircraft engines rely on a steady source of fuel to provide the energy needed to support combustion. Liquid fuel must be vaporized and mixed with the proper amount of air in order to burn properly in the cylinders.

Many General Aviation planes depend on a carburetor to provide a continuous, reliable source of properly mixed fuel and air to each cylinder. The aircraft carburetor has a relatively simple design and is typically very reliable.

Most aircraft carburetors are fairly straightforward in construction. A top part, called a throttle body, houses the throttle valve, mixture control and venturi; a lower bowl section, called a reservoir, holds a consistent volume of fuel.

Almost all aviation carburetors are float-style carburetors. This means that a float mechanism regulates the fuel level in the reservoir (i.e., bowl).

The float is hinged on the rear, allowing it to pivot up and down. A pencil tip-shaped float valve is attached to the top rear of the float.

As the fuel level in the bowl drops, the float and float valve also descend, allowing fuel to once again flow into the bowl.

The float travel from full-up to full-down is relatively short; it is stopped on the descent by a tab on the rear hinge. The level to which it rises up is stopped by the attached float valve and seat.

A venturi in the carburetor throat narrows the airflow opening, increasing the speed of the air, thereby lowering its pressure. (This is based on Bernoulli’s principle of airspeed and pressure being inversely proportionate; the same principle explains how an airfoil generates lift.) The outlet for the fuel discharge nozzle from the bowl is placed in the center of this low-pressure area.

The mixture control valve on most models contains a shaft (also called a stem). The bottom of this shaft is shaped like a half-cylinder. It rotates in a cylindrically-shaped sleeve with an opening on the side.

When the mixture is set at full rich, the open part of the shaft/stem is aligned with the opening in the sleeve, allowing full fuel flow through the valve and out of the nozzle. As the mixture control is pulled back to leaner settings, the opening becomes more and more narrow until it is completely closed at cutoff.

In order to provide adequate fuel for idling, small openings are made in the throttle body in this area of low pressure. Ports connect the openings with the inner section of the main fuel nozzle and draw fuel from the nozzle at low throttle settings. This arrangement provides an adequate fuel supply for idle speeds.

The idle speed and mixture are adjustable, and are the only two adjustments that can be made on most carburetors. Most planes should idle at speeds of 600 to 650 rpm. The idle speed adjustment is simply a stop screw that limits the rear travel of the throttle arm. (It screws in to increase idle speed; moving the screw counterclockwise decreases idle speed.)

The idle mixture adjustment is a large screw on the top rear of the carburetor that screws a needle closer to or further from its seat, which allows more or less fuel to flow through the idle passageways.

The idle mixture is made leaner as the screw is turned in and richer as it is backed out. It should be adjusted so that there is a 25 to 50 rpm rise in engine speed when the mixture control is pulled all the way back to shut down the engine.

There have been instances where the idle mixture screw has vibrated loose and fallen out. If this happens, the engine won’t idle at all, but will try to shut down when the throttle is reduced to idle settings.

Aircraft carburetors are generally reliable and seldom require much attention. The internal parts of a carburetor rarely need maintenance if the airplane is flown regularly and clean gas is used.

An inlet screen that the fuel supply line attaches to can be removed for cleaning. Generally it stays pretty clean, because most debris gets caught in the aircraft fuel strainer before it has a chance to enter the carburetor.

Over time, the throttle shaft bushings wear, especially on training aircraft that endure several power changes and throttle movements every hour. Worn bushings can allow a slight intake leak and cause an overly lean mixture.

Most carburetors have an accelerator pump that squirts a stream of extra fuel into the intake air as the throttle is advanced so the sudden burst of extra intake air doesn’t create a lean condition and cause the engine to stumble, especially if the throttle is opened suddenly. The accelerator pump has a plunger that gets worn with use and periodically requires replacement.

Any leaks coming from a carburetor are cause for concern. A carburetor that leaks when sitting with the engine off most likely just has a tiny bit of debris trapped between the float valve and seat. Draining the fuel from the carburetor bowl and then flushing it by allowing it to refill and draining it again will most likely clear it up.

Long-term storage of an aircraft

A carburetor on a plane that has sat with the aircraft fuel shut off may not allow fuel to enter the bowl when the fuel is turned on due to a stuck float valve. Gently tapping the side of the bowl with a small rubber mallet sometimes jars it loose and allows fuel to re-enter the bowl.

If a stuck valve is suspected, momentarily crack open the supply line with the fuel turned on to be sure gas is getting to the carburetor, then re-tighten. Next, slowly remove the drain plug to see if there is fuel in the bowl. An empty bowl indicates a stuck valve or an obstruction in the inlet.

For folks that have an auto gas STC, it is best to never leave a plane with auto fuel sitting in the tanks, lines or carburetor for extended periods. Auto fuel causes deposits of varnish to form on the inner surfaces of the fuel system and often seizes the mixture control valve in place.

If a plane is left sitting for a season, it will be far better for it to sit with Avgas in it. (Better yet, you may wish to “pickle” the aircraft. For more information, take a look at Steve Ells’ 2015 article “Flying, Interrupted: Modern Engine Preservation” in the archives at PiperFlyer.org.)

Aviation carburetors are some of the most reliable inventions ever made. Their simple design and quality construction offer years of trouble-free service as long as they are flown regularly and proper steps are taken to ensure a clean fuel supply.

Know your FAR/AIM and check with your mechanic before starting any work. Always get instruction from an A&P prior to attempting any aircraft maintenance tasks.