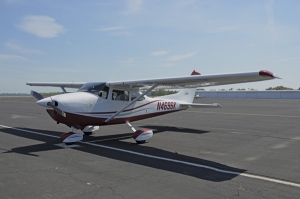 Renewing a Skylane, Inside and Out

Record-Breaking Attendance Expected at the 14th Annual Gathering at Waupaca

40+ Aviation companies step up with sponsorships, door prizes and seminars.

Cessna Flyer and Piper Flyer Association members will be descending on Waupaca, WI for the 14th annual Gathering at Waupaca. Members from 20 states and Canada will spend the weekend relaxing, learning and mingling before boarding the air-conditioned motor coach to AirVenture on Monday, Tuesday and Wednesday with an optional night bus on Wednesday to accommodate viewing the night air show.

Seminars for this year:

Electronic Ignitions by Michael Kobylik, Electroair; Brake Systems by Vern Rogers, Parker Hannifin; De-icing Principals by Ken Heath, UTC Aerospace; Getting the Most from your Engine by Neil George, Continental Motors; Fuel System Maintenance by Kurt Hartwig, Eagle Fuel Cells; Owner Performed Maintenance by Steve Ells, Contributing Editor. Meals, the bus ride and a full slate of seminars are all included in the event and the friendships formed last through the years.