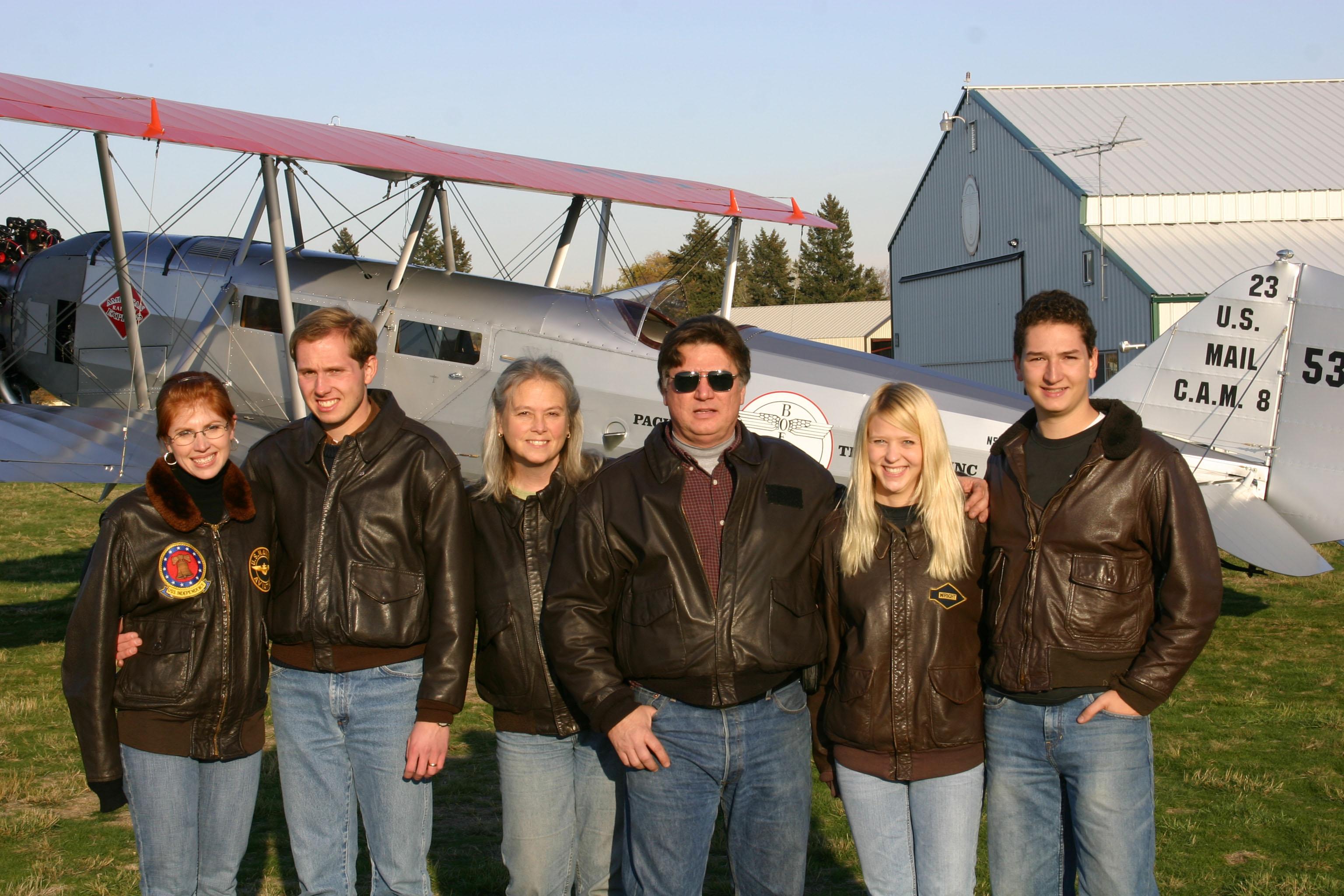 August 2014- We see vintage airplanes at airshows and are in love, because nothing else grabs an aviator's soul and refuses to let go quite like these flying museum pieces.
But under that perfect skin is evidence that some very skilled masters have poured thousands of hours into their work. On every tiny piece of material used to bring a flying machine back to life, the innovation of today has been married to the workmanship of a bygone era, producing a rare ship that will be around for future generations to cherish and enjoy.

The preservation of vintage airplanes is as much an art as it is a skill. These are projects that are made with bare hands by men and women devoted to using modern technology and equipment to craft raw materials into a beautifully finished and flyable machine.
As the years elapse and the old timers of the trade go west, we lose our connections with the past. Each time, it means one less person who knows how to craft a Stearman wing from wood, wires and fabric—one who might not have passed knowledge on to the next generation.

But in the Pacific Northwest, Addison Pemberton of Spokane, Wash.—one of the country's most prolific and talented vintage airplane restoration artists—is making sure his sons Jay and Ryan know how to keep the Pemberton tradition of building exquisite airplanes alive.

The family's "hobby business" of restoring these forgotten airplanes has finished a long list of very nice vintage ships, including an incredible 1928 Boeing 40C, called the "crown jewel" of the fleet.
Talented people like the Pembertons work all night and every weekend to make sure these old airplanes again jump off a runway. The hours are long, the work is tedious, but the rewards are enormous. They forgo a great deal of their personal time so the aviation family can enjoy these wonderful vintage airplanes—but if you ask them, they wouldn't change a thing.

Addison Pemberton graduated from San Diego State's Mechanical Engineering program and soon began working as an engineer in the family business, Scanivalve Corp., which builds flight test, engine test and wind tunnel instrumentation. After buying the business from his parents in 1982, Addison now operates Scanivalve in Spokane and is the corporation's president.

That's his day job. Then, at about 6:00 p.m. Pacific time, when the tie comes off and the coveralls go on, Pemberton's hangar complex comes to life, and that's when the magic happens.
Addison—who has accumulated over 12,000 flying hours, with over 5,000 behind radial engine antique airplanes—started flying in 1969. But it was in 1972 when he started flying the local flight school's Stearman that his love of old airplanes began. That was, however, not the only love the old Stearman would generate.

"I started flight instruction in 1977 and taught a student named Wendy to fly in the Stearman," Addison says. "We fell in love between ground reference work and lazy eights, and have been married ever since!
"Wendy and I went on to restore and resell airplanes for the next 20 years. Our current project is a 1943 Grumman Goose—our 19th project to date. Wendy does all of our cover work, and my sons and I do most everything else in-house, except for engines, radios and props."

This family seems to prove a "flying gene" likely exists and can be passed from one generation to the next. It just makes sense that, for a couple who fell in love while flying a vintage biplane, both sons Jay and Ryan are accomplished pilots who fly all of the family airplanes including the Boeing 40C. In total there are five pilots, three A&Ps, two IAs and one ATP in the Pemberton family.

Addison grew up in San Diego around major aircraft and his father had a Cessna 170B based at a local FBO that did aircraft repair and restoration. "I spent most of my childhood and high school years at the airport," he explains, "and in high school, I started buying up airplanes, making them airworthy and flipping them for fast sales."

Addison and Wendy restored a Stearman together in 1978, and have completed four Stearman projects over the years. They built a 1929 Stearman 4DM Sr. Speedmail from scratch in 1989.
Their fleet also includes a Boeing Stearman E75/PT-13 (flying); a Grumman JRF-6B Goose (under restoration); a Travel Air 4000 (under restoration); a Waco EQC-6 (flying) and of course, their gorgeous Boeing 40C.
Now, about that Boeing...

The original Boeing 40C, #5339—a Pacific Air Transport company mail plane—was flying through Oregon from Medford to Portland when it crashed on the summit of Canyon Mountain, nine miles south of Canyonville, Ore. Pemberton's 40C required fabrication of every part of the airplane from original 1920s Boeing drawings—an eight-year project requiring 18,000 hours of work from a total of 62 volunteers and family members.
The 40C's Standard Airworthiness Certificate is a testament to the family's attention to detail and quality of craftsmanship. "The airplane is very accurate," Addison said, "with a few compromises made for safety and practical operation, including modern brakes, modern radios, shoulder harnesses and safe seatbelts.

"We built the airplane for $220,000, with the engine and firewall-forward costing about one-third of the project."
For an up close look at the work of this talented family of devoted airplane artisans, make it to Spokane's Felts Field (KSFF) for AOPA's Regional Fly-in on Aug. 16, 2014. The fleet will be on display, and the Pembertons' hangar complex will blow your mind... it is truly a piece of airplane restoration heaven.

You can always follow this active aviation family on their very cool Facebook page. (See Resources for the address. —Ed.)
The Pembertons are not by any means the only restoration artists passing the trade on to the next generation, says Addison. "There are many great restoration shops around the country, and many are operated by young guys in their 30s. My son Ryan is a very skilled TIG welder, fabricator and compound sheet metal worker. I am always impressed as I travel around the country and see the great work other people are doing."

There may be a time this summer when you come across one of these beautiful vintage airplanes, and catch yourself really enjoying the way its big round engine pounds the air into submission as it takes off. As that massive engine produces the rumbling symphony that we aviators crave, that will be your cue to pay respect to the people who restored the old ship.

Restorers like the Pembertons are the link that connects the children of today and tomorrow with aviation's glorious past. Without this rare breed of aviators, old wrecks would simply rust away in cornfields, and twisted bits of airplane would be left for dead in the backs of barns.

But through their skilled hands and tireless efforts, they bring these machines back to life—for all of us to enjoy. I believe that is something truly special, and it makes these people some of the aviation family's most constructive members.