Affirmative Attitude: A Full Year’s Worth 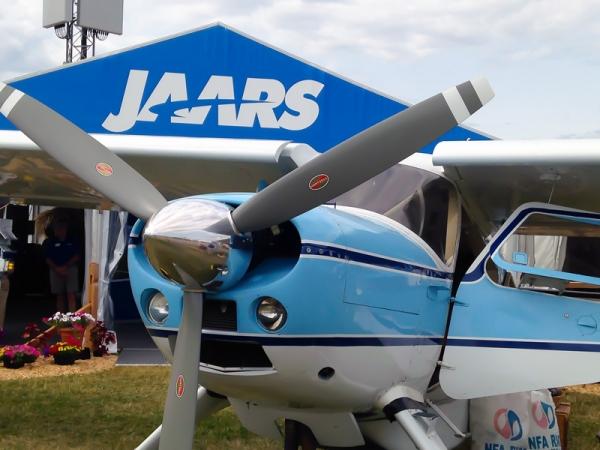 Half a million stories, ready for sharing, can be found at Oshkosh.

I have just returned from several incredible days at EAA AirVenture Oshkosh (or just 'Oshkosh" to most attendees), which, for one week a year, becomes the epicenter of the aviation universe. The show has everything we aviators crave, and as an aviation writer, my to-do list included finding some interesting people to write about for this Affirmative Attitude column.

I knew that among the crowd would be a full year's worth of material to write about in this space, as anyone who has experienced Oshkosh knows that literally every person at the show has as a story to tell you. EAA reported that just north of 500,000 people attended its annual convention, trade show, airshow and family reunion in 2014, a total attendance increase of about six percent.

The purpose of this Affirmative Attitude column is to give credit to GA advocates, volunteers and nonprofits that are doing great things. Many of these people also represent GA well when they use their airplanes to provide services and support to the nonflying public.

In this space during 2015, you will read about people who fly into remote jungle strips to offer translation and communication services to isolated villages, and a woman who has devoted most of her adult life to encourage women to begin flying.

You'll be introduced to a couple of pilots who work tirelessly to organize mass arrivals into Oshkosh each summer, and get to know a regular guy who uses bacon as a means of bringing "avgeeks" together each year at Oshkosh's "Camp Bacon," a phenomenon that could perhaps only happen at that show.

Stories from Oshkosh attendees are plentiful and can come at a writer many times a day in the least-expected places, because our community is made up of friendly people who love to talk about their flying machines. With half a million passionate aviators on the grounds and around town, all I had to do was ask.

There was one Oshkosh tram ride that stands out as an example of how many of these conversations can be rare bits of aviation greatness. As I rode one of the slow but comfortable tractor-powered people movers from the north end of the grounds near the warbird display southbound to the vintage aircraft parking area, I struck up a conversation with the guy next to me. Like many at the show, he identified himself as a "builder"—but what he was close to finishing was not your average homebuilt.

"I've been building it for 12 years, and all I have to find is the machine gun," the man said, "and my Fieseler Storch will be done. It's a Model 156," he explained, as if I would know that was special.

After researching the airplane later that evening I discovered that the Storch is a small German liaison aircraft built before and during World War II, and today, airworthy examples are few. Why someone would spend 12 years restoring one obscure airplane is the perfect topic for this column, and the story might appear someday in these pages.

The opportunities for column content could be found even while eating an incredibly tasty burger-and-bratwurst "Drive-in Double" at Oshkosh's iconic Ardy and Ed's Drive-in, which sits conveniently under short final to KOSH's Runway 27. That's where I met David and Brandi Fill, who I had communicated with many times on Twitter.

Both of the Fills are confirmed "avgeeks," a subculture of our aviation family that gravitates toward Twitter and enjoys using technology. I spotted the letters "B-AGILE" on the side of their stroller (for a child who is said to be the youngest recorded EAA Lifetime member) and cracked a joke asking if that was a Brazilian aviation registration number.

Turns out it was model number of the stroller... but we all got a chuckle out of watching a number of avgeeks around us race to their smartphones to see which country's registration number begins with B. (It's the People's Republic of China, in case you're taking notes for a future aviation trivia contest).

In my conversation with the Fills, I found out that one of my theories was intact: almost everyone at Oshkosh uses their airplanes or love of aviation to give back in some way. "We use our light twin to fly patients for Angel Flight Mid-Atlantic," David Fill said, "and both Brandi and I are highly involved in our local EAA Chapter 1099 in Fredericksburg, Va.

"I fly Young Eagles throughout the year and Brandi does a lot of work as ground volunteer for these flights. We also fly kids for Youth Aviation Adventure, and our aircraft is also used for patient transport for a private cancer foundation in the northern Virginia area," Fill continued. "We also volunteer our time to move these patients from D.C. or Philly and Boston to get second opinions and options on treatment."

Powered by a pair of Lycoming IO-540s, this airplane is not particularly cheap to operate. Add to this the maintenance costs for a light twin, and you can see that the Fills—despite having a young, growing family—have chosen to spend their own resources to use their highly capable airplane in ways that indeed help the public.

Each time they fly a patient or a Young Eagle, they impact a completely new segment of the nonflying public in a very positive way. We can be assured that the people whose lives have been touched will tell their friends and family of the generosity and goodwill shown by a General Aviation pilot. Any time that happens, it's a great thing for the aviation family.

So expect 12 of these stories in the coming months. I have found a long list of people like the Fills, and will drill down into their backstories to uncover the "whys" underlying their advocacy or volunteer work—and explain how it helps to improve GA while giving back to the public.

I am often asked to write product reviews or serious breaking aviation news, but I choose to let others cover those beats. I like to say my writing in this space is about people, not stuff. It is the motivation of these advocates and volunteers that is interesting to me... and, hopefully, to you. What pushes them to do extraordinary work—sometimes at great personal expense—that is the story I am after.

Walking the show grounds last summer I took 73,042 steps and logged 32.59 miles, according to my fitness tracker. What wasn't measured on the device was that I also found 500,000 aviation people with 500,000 stories. I'll pick a dozen of these as column topics this coming year. And I am already looking forward to returning to the shores of Lake Winnebago again next summer in search of round engines, cheese curds and acres of talkative aviators waiting to share more stories.