Affirmative Attitude: Riding the Edge of the Risk Envelope 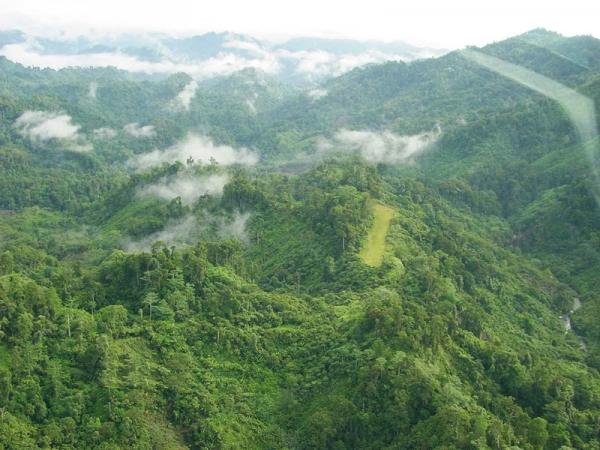 I write each month about extraordinary pilots who use their skills and their airplanes to advocate for General Aviation or do tremendous work for the greater good of humanity. Sometimes these advocates help others in the aviation family, and that work is appreciated. And other times, pilots "on a mission" will ride the edge of the risk envelope to accomplish their chosen endeavor.
This is the story of just such an aviator.
"With ongoing conflicts between rebels of contrary religious and political aspirations, there were times when I had to evacuate missionaries from villages threatened by rebel activity," said Mike Mower, director of the JAARS Missions at the Airport program and a former JAARS mission pilot.

"One time a radio call came in that a village in the southern Philippines where we had a family working was being threatened by rebels. Several days before, the local people had conflict with a rebel group and the rebels were responding in force. The rebel forces moved in to the area and established a camp about three-quarters of a mile off the end of the airstrip that we used to serve the family."
That's a scenario that would certainly send many good pilots full throttle in the other direction. But not Mower, a 6,000-plus hour mission pilot with commercial ASEL and AMEL, CFI and instrument ratings, plus a valuable A&P certificate which comes in handy for the remote missions that JAARS has been regularly flying since 1948.
"There was an imminent threat of attack to that village," Mower continues. "The airstrip was along the top of a ridgeline, 720 feet long with a 30-degree left turn about one-third of the way down the runway.
"Normally, I would overfly the runway to make sure there were no people or animals on the runway, followed by a normal rectangular approach. This day, because of the rebels in the vicinity of the runway, I stayed high, flying a low-powered descent to a close in base leg to reduce noise and hopefully keep the rebels from hearing my approach.
"At about 10 nm from the airstrip, I reduced power to idle and began a long glide to the base leg. Not quite a dead-stick landing approach, but as stealthy as I could get. The landing was successful and after we loaded the family into the aircraft, we departed after only a few minutes on the ground.

"It was reported that the rebel encampment never heard the airplane until I powered up for takeoff."
That kind of flying takes a large amount of training and dedication, and you would think that would translate into a hefty paycheck. However, Mower and the many other JAARS pilots and maintenance specialists around the world are all volunteers. And while the flying is very hard, the reward is enormous.
"We raise our own funds from family, friends and churches who are interested in our work of supporting Bible translation," Mower explained, "and we do not receive a regular salary. We step out in faith that God will provide for our needs. And He has done so for me and my family for the past 33 years."
The original name of the organization—Jungle Aviation and Radio Service—at first sounds like the volunteers fly supply missions and coordinate communications between remote villages. Yes, they do plenty of that, but the real mission is Bible translation.

Today, the organization is referred to only as JAARS, and personnel are members of Wycliffe Bible Translators, assigned to serve with JAARS or the organization's international partners in support of Bible translation.
"As Christians who have experienced transformed lives through the Bible," Mower said, "we believe that it is important for people to have God's word available in the language that they best understand; that is, in their heart language."
Mower is passionate about this work, and his devotion to faith as much as flying is what kept him accepting these risky missions. "Many people have faced war, famine, oppression, natural disasters and epidemic diseases like AIDS," he says. "They may get physical help, but have no way to work through the deep emotional scars. God's word can speak to their pain."
Mower sums up this philosophy by referring to the words Eddie Arthur, the director of Wycliffe UK. "Arthur said the Bible was written by and for people who have suffered. It isn't a book about nice, comfortable suburban living."
After a full career as a mission pilot, Mower now heads the JAARS Missions at the Airport program, the educational and public relations program of the organization. It's designed to introduce the public to Bible translation and the many ways JAARS support makes Bible translation possible.

"As director of the Missions at the Airport program," Mower said, "I schedule events, coordinate communications with local sponsors, handle public speaking and outreach and fly rides and demonstrations at local airports. We invite people to come out to the airport and learn how transportation and technology are used in support of Bible translation."
While he works as the public face of JAARS today, his logbook is filled with stories of flights in the Philippines and Cameroon that would challenge even the most skilled pilots. Mower mostly flew Helio Couriers, a Piper PA-18-150 Super Cub and an Aero Commander 500B during his service. The Cub was perfect for the kind of flying that left little room for a mistake.
"One marginal airstrip in the Philippines called Panganan was 800 feet long by 45 feet wide, set in the bottom of a tight river valley," Mower explained. "The airstrip's side boundaries were bamboo fences marking the 'front yards' of the residents.
"There was very little room for error if you were off centerline on landing. You needed to fly very close to the terrain on approach, with a turn to final less than one-quarter mile from the touchdown zone. The airstrip did not come in to full view until just prior to turning final.
"Panganan was a one-way strip; the pilot was committed to landing when turning final approach. The wind was normally very calm, but on occasion a landing or takeoff was performed with a tailwind. With usually no breeze to assist the takeoff, performance could be very anemic, and sometimes I felt the need to curl my toes to clear the trees off the end of the runway."
Today JAARS has several primary focus areas, including aviation, maritime and land transportation. Emphasis is placed on the use of computers and information technology. The use of non-print media in local languages is a fast-growing ministry of JAARS, which had a 2013 budget of $14.2 million.

The JAARS Missions at the Airport program is always looking for new locations to visit and share the work of the organization. To inquire about bringing the JAARS program to your local airport event, email Mike Mower.
And if you have 500 hours of flight time, a commercial license with instrument rating, a second-class medical or equivalent, tailwheel and high performance endorsements and an A&P mechanic rating, visit the JAARS website to learn more about becoming a mission pilot. (Mower's contact information and the URL for JAARS are published under Resources at the end of this column. —Ed.)
Yes, the flying was hard and dangerous, and living conditions in remote locations that Mower served could be challenging. But asked if he would do it all over again, Mower's answer was swift and sure: "In a heartbeat!"

Missions at the Airport