Affirmative Attitude: The Members Will Continue to Guide 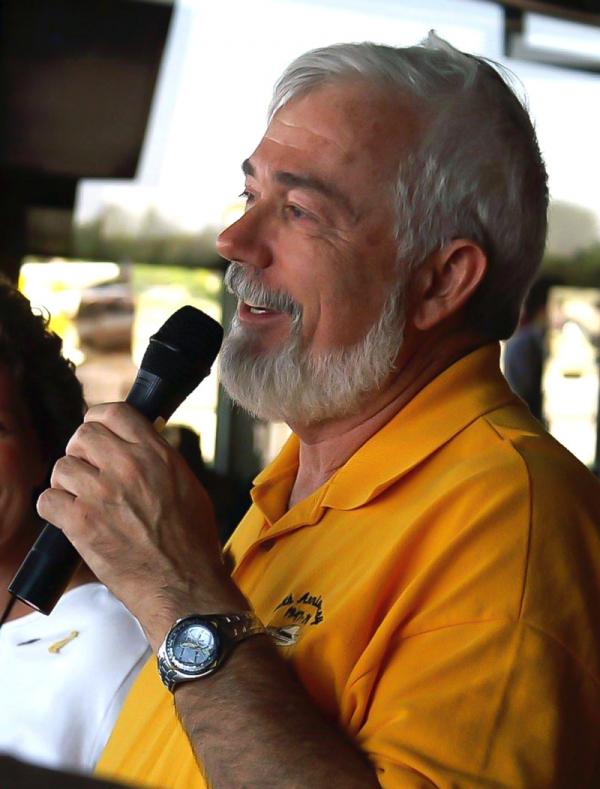 With each one of these Affirmative Attitude columns, the one constant I’ve discovered is that if given sufficient time, all pilots will do something to give back to the aviation family. The key word here is “time”—and for those of us who have yet to reach retirement age, we need to fit our volunteerism and advocacy in between work, meetings and other obligations.

When Coyle Schwab retired from a senior management position at a major telecommunications corporation in 2014, a door opened for him. Schwab was able to devote more time to being chairman of EAA’s Type Club Coalition (TCC).

The TCC developed out of meetings held each summer at Oshkosh between leaders of many different type clubs as well as owners’ and builders’ groups. TCC acknowledges that many existing type clubs have already created effective training programs and developed best operating practices for their members.
EAA’s mission and vision for its Type Club Coalition is to “leverage the knowledge and resources of the coalition to better prepare General Aviation pilots for flight risks associated with known accident ‘hot spots’ while working toward a future with unprecedented, low General Aviation fatal accident rates.”

Based at DuPage Airport (KDPA) in suburban Chicago, Schwab has been interested in all things aviation since he was a child, and has been a pilot for over 40 years, with about 2,500 hours flown using his Commercial ASMEL with instrument rating.
Schwab’s love for flying was fired up by U-Control gas model airplanes in the mid-1950s, and as a Boy Scout he earned an Aviation Merit Badge while continuing to build, fly (and yes, crash) model planes off and on until he earned his private ticket in 1976.

For the last 30 years, Schwab has flown a gorgeous Cessna 195 Businessliner. He is President Emeritus of the International Cessna 195 Club, and transformed that type club from a social group to one focused on improving safety and maintenance practices for Cessna 190/195s.
Anyone who has ever seen a Cessna 195 up close can relate to Schwab’s love for this particular airplane. When asked why he flies a 195, his answer probably sounds like all others who own this make/model. “Well, gosh, they’re just beautiful,” Schwab answered, “and the character and sound of a radial engine just makes me smile every time I fly it, even after 30 years.”

He continued, “I think that the 190/195 offers a very unique mixture of being a stately vintage aircraft that harkens to a simpler and perhaps more optimistic time combined with offering some real transportation value. If I can have only one airplane, it’s a perfect compromise!”
The Type Club Coalition is an official program of EAA, and Schwab explains that while he is the current chairperson, Tom Turner of the American Bonanza Society was the first to lead the coalition. “The formation of the Type Club Coalition precedes my involvement,” said Schwab. “I see the core management as being the leaders from each of the member Type Clubs. The members will continue to guide the coalition in its mission; however, that mission may evolve as time goes on.

“The logistics of the coalition are facilitated by EAA using Sean Elliott’s team, with key staffers at EAA HQ including Tom Charpentier and Mack Dickson,” Schwab explained. “These gentlemen all have broad and varied responsibilities at EAA, and the TCC is but one of their interests. EAA staff engagement is critical as it assures the program’s visibility and continuity.

“Type clubs span a complete spectrum from the most informal small, local groups of friends all the way to professionally staffed and managed organizations,” he said. “They are formed by enthusiasts and builders or owners of a specific type of aircraft.
“These clubs offer a forum, virtual or otherwise, to bring together members for purposes of support in purchasing, building, owning and operating or maintaining their aircraft. But they also offer resources for technical issues that may arise during building or maintenance and can be a resource for assistance in obtaining or maintaining airworthiness.”

The work of type clubs does not go unnoticed with government regulators. “FAA has long shown an interest in improving the safety of operation of all GA aircraft,” Schwab said, “including vintage and Experimental-Amateur Built (E-AB) types. The FAA and NTSB have engaged type clubs as a resource in researching accidents or maintenance difficulties, with an eye toward discovery of root cause and dissemination of information to owners.
“One difficulty that governmental organizations face is the many different niches of GA, and the ability to get the word out to builders/owners/operators, particularly for certificated but orphaned aircraft or for E-AB aircraft. The Type Club Coalition aims to facilitate those efforts via its interface with member type clubs.”

According to Schwab, the 37 organizations within the Type Club Coalition each face different issues, but one safety concern affects them all, and that is transition training. “Transition training is often a challenge for new owners,” explained Schwab, “and the ownership of relatively rare airplanes can present a challenge in finding a qualified CFI and methodology for a complete checkout.
“If this challenge is not met, the result may be an accident early in the pilot’s experience curve. Type clubs often represent more uncommon aircraft, such as vintage taildraggers, warbirds and experimental non-certificated planes. Clubs for some of these have created syllabi to help in the transition; others have built lists of CFIs known to be effective in providing training.”

Schwab and the EAA team that oversees the TCC will again be meeting this summer at EAA AirVenture Oshkosh to continue the discussions that have made this work so important. There is a long list of very qualified pilots working within the framework of the coalition, and Schwab considers himself lucky to be on the team.
He may not be working any longer in his telecommunications career, but rest assured, Schwab will be working on General Aviation’s behalf as the Type Club Coalition’s chair. And that has to be considered a win for the entire aviation community no matter what type of aircraft you fly.

Tweet
More in this category: « Affirmative Attitude: The Best in Citizen Service Taking Us to Incredible Places »
Login to post comments
back to top