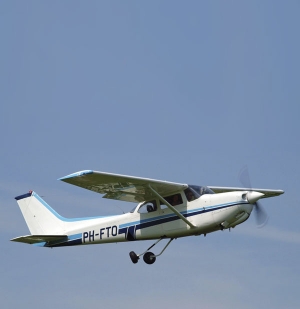 The Cutlass is a Utility Knife

CFI and contributing editor Kevin Garrison recalls the welcome sight of a 172RG on the ramp.

I have never been able to figure out how Cessna named its airplanes. Piper named their aircraft with a Native American flavor (Cherokees, Pawnees, Navajos); Beechcraft went royal and named almost all of their aircraft after various one-percenters and birthers with Barons, Queen Airs and Dukes. Aero Commanders were named after birds, I think. (Is a Shrike a bird?)

Cessna seems to have named their airplanes after what had to be a heck of a binge of “name the airplane” meetings that were fueled by caffeine and unfiltered cigarettes. Maybe they held the meetings in some sort of airplane-glue drying room and the fumes simply got to them. How else do you explain a series of unrelated names that include 172 Skyhawk, 150 Commuter, 182 Skylane, 162 SkyCatcher and 172RG Cutlass?

The coolest product of 1980

Cutlass is a pretty cool name and I wish the glue fumes had abated at that naming meeting long enough for the group to stick with a cutlery motif. Imagine… the Cessna 162 Dagger, the Cessna 182 Hatchet and the Cessna 205 Butter Knife.

Some people have said of the Cessna 172RG that putting a constant speed prop and retractable gear on a Skyhawk is like sending your pet pig to an expensive spa for a liposuction and tooth whitening. No matter how much you spend on a makeover, you only end up with a slightly slimmer and sexier pig.

I have flown quite a few different makes and models of aircraft during the past four decades, and I can assure you that the Cessna 172RG is no pig. It flies great—it’s a little flashier than its littermate, the 172 Skyhawk—and it was the perfect trainer to use for complex and high performance endorsements. (In 1997, the FAA updated its definitions such that “high performance” applies to aircraft over 200 hp only. See the sidebar on page 54. —Ed.)

The 172RG was first on the scene in 1980 and it may have been the coolest thing to happen during that particular lap that our earth took around the sun. How could something so nice come from a year in which we were all dancing to “The Pina Colada Song” by Rupert Holmes?

The Cutlass came off of the factory floor in Kansas sporting a variable-pitch, constant speed propeller, a Lycoming O-360-F1A6 engine that could produce 180 hp, and landing gear that was no longer welded in the down position.

We instructors liked what we saw when 172RGs began showing up on our flight school ramps. What was not to like? It looked like a Skyhawk, kind of flew like a Skyhawk, and we were paid a dollar or two more than we usually got for instructing in a Skyhawk.

You may not remember that high performance and complex airplane instructing was usually billed out at a few bucks more than your average CFI time, but I do. That couple of greenbacks bought me more than one six-pack of Billy Beer back in the day. The combination of the Cutlass with all of the VA (veterans) Flight Training we were doing back then led more than one CFI into a life as an airline pilot.

Many of us left flying the Cessna 172RG with its less-than-stellar flight performance and ascended to the airline world where we started as flight engineers on the Boeing 727… which also sported less-than-stellar climb and takeoff performance. Here is a 727-insider joke that proves my point:

Question to pilot: How many hours do you have in the 727?

Yeah, I know. You kind of had to be there to get the joke. The Cutlass, much like the 727, did not tear up the world with its performance, but like the airliner, the 172RG was a steady performer that reliably got the job done. 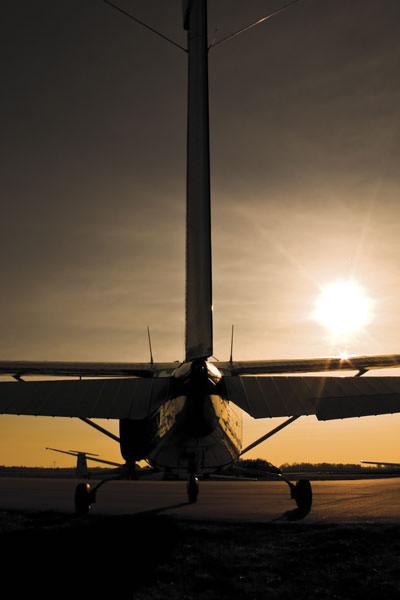 The Cutlass was a godsend for flight schools. Most students had begun their flying in the Skyhawk and the similarities between the fixed gear and the retractable gear were not only comforting, they saved training time.

Things like instrument panel layout and how the doors and windows work in an airplane may seem easy to you now because you are clearly an aviation ninja, but students have enough problems checking out in a complex aircraft without having to try and figure out where to find the mixture control.

Flight school operators liked having a Cutlass on their ramp. Airframe work, rigging, and a host of other functions were alike enough between the models of training aircraft to make maintenance operations flow a little easier.

I enjoyed flying the Cutlass quite a bit. For professional instructors like me the 172RG was a wonderful teaching platform. I liked it better than the Piper Arrow, mainly because it was easier to climb in and out of. Ease of entry and egress is important to instructors like me who are facing our golden years with the realization that our bottoms are getting wider as our hairlines are getting narrower.

Once comfortably inside the Cutlass, pilots can start and taxi out with very little muss and fuss. The constant speed propeller needs a little check during the runup, but I think you will agree that no matter how long you have been flying, you still enjoy that “wooooosh” that happens when you cycle the prop.

Takeoff and climb is quite a bit like your standard welded-gear 172 with the exception of raising the gear and looking at manifold pressure and rpms. Once in the air, the Cutlass can cruise at around 140 knots, and for new RG students, the thrill of looking out of your side window and not seeing a tire can’t be overstated.

Having uppie-downie wheels on an airplane for the first time teaches students the importance of using a checklist when flying. The saying, “There are only two kinds of pilots: those who have landed gear-up, and those who are about to,” isn’t really true. If you get in the habit of using a checklist, you don’t ever have to land gear-up. I haven’t—yet. 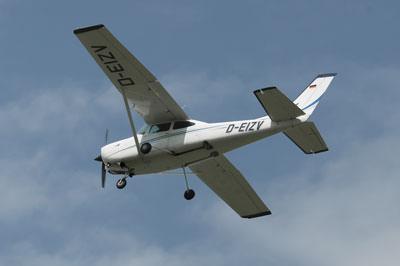 It still has a place

We now live in a world where the idea of a complex airplane can seem dated. Fixed-gear mega-wonders like the Cessna 400 are slipping the surlies at airborne velocities approaching plaid speed (see the movie “Spaceballs”).

The fact remains, though, that until the FAA changes its complex airplane rule for the commercial pilot rating—or until our alien overlords finally get around to letting us use their antigravity technology—the Cessna 172 Cutlass will have a place in our T-hangars and flight school ramps for some time to come.

Kevin Garrison’s aviation career began at age 15 as a lineboy in Lakeland, Fla. He came up through General Aviation and retired as a 767 captain in 2006. Currently Garrison is a DC-9 simulator instructor and a 767 pilot instructor; his professional writing career has spanned three decades. He lives with the most patient woman on the planet on a horse farm in Kentucky. Send questions or comments to .